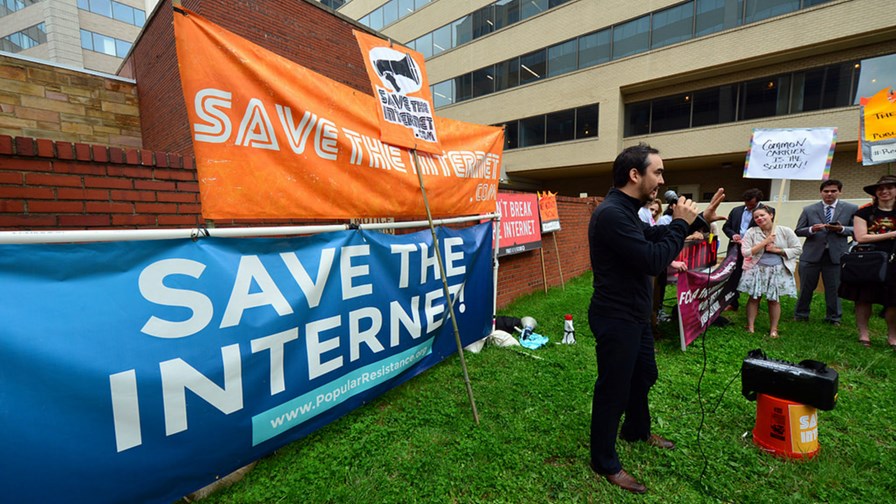 A European may have been responsible for the birth of the World Wide Web, but 25 years on a Group of European telcos and equipment vendors are doing their best to undermine it by demanding that   net neutrality rules be “loosened”.

If the EU and the national regulators don’t go along with this “loosening” the telcos imply that they’ll take their 5G ball and, not so much go home, but not come out to play when the rest of the industry and the politicians want them to (see European telcos publish their “5G Manifesto” and tell the EC what they expect in return for their support).

They are threatening delay, not in an organised ‘anti-competitive’ sort of way you understand (the lawyers have seen to the wording). Delay will be a natural consequence of rational investment decisions, they’ll claim.

The correct regulatory response should involve several short Anglo-Saxon expletives followed by a more considered, “OK, if you don’t want to deploy systems which use this spectrum in a reasonable time-frame, we’ll take it off you and offer it to organisations that do.”

The European Commission won’t say anything like that of course. Having come this far with its European 5G strategy (to put Europe in the lead in 5G) it’s stuck. And while we’re at it, isn’t “loosening” a wonderfully misleading metaphor in this context, evoking as it does an act of humanitarian assistance (‘let me loosen that tie for you”)?

The fact is that it’s not the telcos that are being throttled but the commission and, if the telcos get their way, the poor old user if and when the telcos learn how to exploit any regulatory loosening and its cunningly placed loopholes and trapdoors.

So it’s hardly surprising that the actual  inventor of the World Wide Web (hint, not a telco), Tim Berners-Lee, has chosen this moment to voice fierce opposition to any watering down of the European neutrality rules. He and two US public interest luminaries, Professor Lawrence Lessig and Professor Barbara van Schewick, have written a stiff letter addressed to ‘European citizens, lawmakers and regulators’.

In it they point out to neutrality supporters that now is the time to strike. With the slightly overwrought rallying cry, “We have four days to save the open Internet in Europe” they explain that regulators are now formulating guidelines following the Net Neutrality law passed by the European Parliament last year.

These  guidelines will define how that law will be applied in the national states, and things could go either way. We could end up with strong(ish) neutrality protections or a set of regs so full of holes they could be worn as a string vest.

So what SHOULD the guidelines involve?

According to Berners-Lee, Lessig and van Schewick there are four areas that regulators need to get right to secure meaningful net neutrality in Europe:

Taking a lead from the FCC consultation which ultimately resulted in the imposition of net neutrality in the US, the letter urges interested parties to go online and mass-submit to BEREC the European level regulator. BEREC is currently taking submissions on the way forward, but these must be posted before July 18th, 14:00 CEST, visit www.savenetneutrality.eu or www.savetheinternet.eu to participate.