Kroes' anti-neutrality all part of a cunning plan 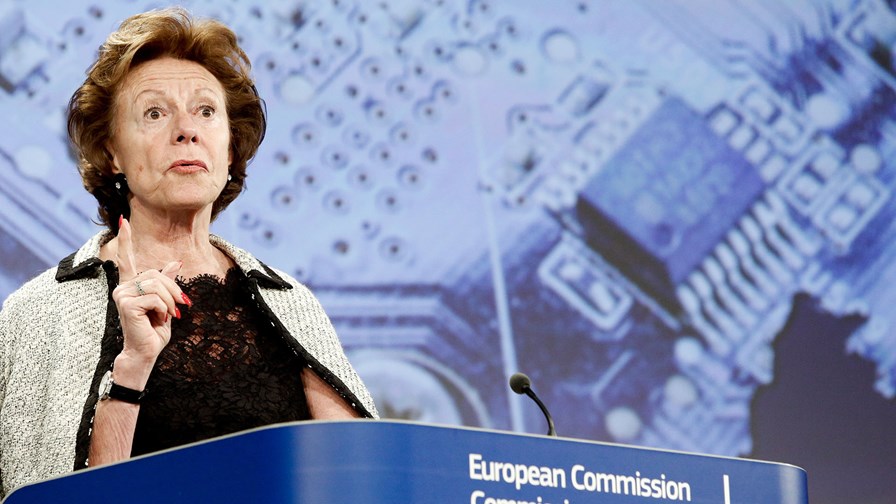 This month ETNO and the Information Commissioner, Neelie Kroes, were roundly defeated in the European Parliament by amendments which effectively neutered an ETNO foray into “specialised services” to a run across the Internet.  This was an attempt to de-neutralise (or, from an ETNO perspective) level the Internet playing field. But the fight will go on and ETNO has a technical scheme to go with it.

Today ETNO is hosting a, mostly Italian, discussion forum entitled A New Digital Agenda For Europe: 30.4.2014. The idea is to pick up the European baton and fire up the debate, again. All the familiar favourites are there in today’s Experts’ round table Agenda…

In summary, it’s a plea for regulatory support for ETNO’s goal: global superiority for the European telecoms market… just like the good old days of the 1990s and 2000s.

Luigi Gambardella, the irrepressible Chairman of the Executive Board at  ETNO, and his members were no doubt heartened by the reigniting of the net neutrality debate in the US, with the new(ish) FCC chairman Tom Wheeler apparently promising a neutrality escape hatch for US telcos around zero-rated data. All the time, of course, Wheeler is promising full-fat net neutrality, or “open internet” just as Neelie Kroes did with her rhetoric. The more vehement the pro-neutrality talk, the more likely something is being sneaked past.

And then most recently the NetMondial Internet governance meeting in Brazil seems to have come through without much of anything being agreed, except an agreement to agree…. later.  Net neutrality was carefully side-stepped.

The thing to grasp is that these little specialised service goals aren’t the end game. They are first steps toward a commercial settlement where the telcos and the top OTTs work together to deliver top-end QoS-enhanced services, with the telcos taking what they regard as a ‘fair’ share of the OTT spoils and, in return, the big OTTs can erect heightened barriers to entry to set against smaller, hungrier OTTs that will likely come along and disrupt them.

ETNO envisages a grown-up and consolidated Internet run by big corporations and sees this as a desirable outcome (large corporations usually do).

What’s been less recognised (although it’s hiding in plain sight) is that there’s a fully co-ordinated and European-funded plan to develop the underlying telco network technology to support this idea.

It’s called ETICS  (Economics and Technologies for Inter-Carrier Services) and the final White Paper was released at the beginning of this year after a 3 year gestation.

I actually remember the period when the ETICS plan was formulating quite well. I got second-hand glimpses of what was occurring. The project was apparently being lead by Alcatel-Lucent at a very high level and was understood to be on shaky ground because of the likelihood of it being accused of commercial collusion.

These sensitivities were well understood and I remember being told that the parties were “taking the lawyers with them”, [raise knowing eyebrow movement] presumably to minute what was said to counter any nasty accusations coming out later.

The consortium worked on the technical, business and legal aspects of so-called "Assured Service Quality" (or "ASQ"), another name for "traffic prioritisation".

There was a broad European front in action. As well as Alcatel-Lucent, participants included BT, Deutsche Telekom, Orange, Telefonica and Telenor, but also research institutions (Politecnico di Milano, Institut Telecom, Université de Versailles, University of Stuttgart). According to La Quadrature du Net most of the project's budget came from an €8 million grant from the EU under a research program on Future Networks.

The ETICS project was over by June 2013 and its main concluding argument was that "current Internet funding and management rules may have reached their limit"... and that traffic prioritisation on the Internet was the only way for operators to invest in faster networks. These are both highly contentious points.

Read the document and you’ll see that a lot of things fall into place.  Neelie Kroes appears to have been completely won over by the arguments and this does much to explain her reluctance to back the Dutch when they passed a net neutrality law. ‘Non-neutrality’ was advanced as the only way to make a viable investment case for broadband.