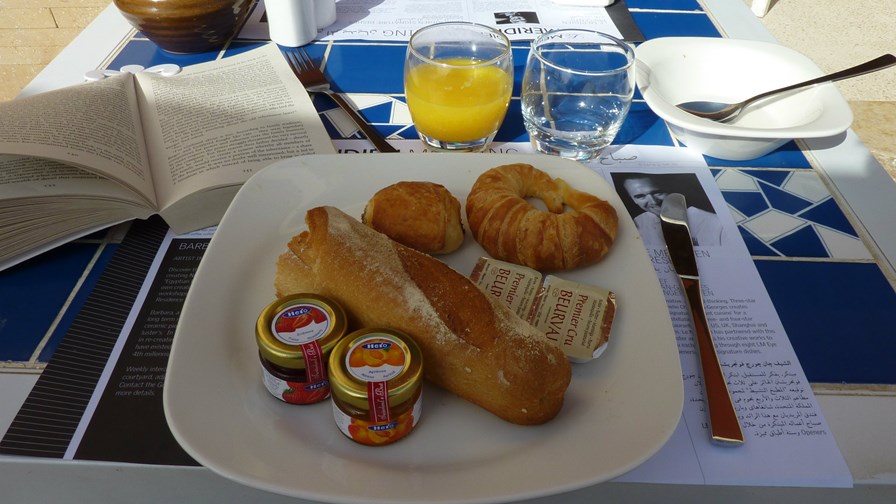 The trouble with arbitrary deadlines is that they are exactly that, a haphazard date,time, place, whatever, chosen on little more than a whim at and by which some kind of decision or action is to be reached - or else. Or else what? Well, in most cases, or else... erm... sweet F. A actually.

And exactly nothing happened last Friday in the Grand Duchy of Luxembourg when, at a breakfast meeting where the dishes consisted of a rich smörgåsbord of fudge, hogwash, poppycock, rabbit, tripe and waffle laid out on a bed of luke-warm Euro-flannel, telecoms ministers from the member states of the European Union (EU) were supposed to decide once and for all on the timing and implementation of reform of mobile charging and open Internet access across the 27 Member States. They did nothing of the sort.

Currently the Presidency of the EU is with Latvia (it rotates every six months to give everyone a bash at being the nominal boss) and at the end of the month, moves on to Luxembourg. Perhaps it was the proximity of the rotation date, or perhaps, and more likely, it was the congenital incapability of such gatherings to make any meaningful decisions, but yet again the apparatchiks fed their faces whilst completely failing to come to any conclusion on the matters in hand.

Apart from: "I know, chaps, let's boot this one into the long grass again and keep it there until July 2017 when the UK will have the presidency. I know the Brits might have voted to leave the EU by then but at least we'll get a slap-up Full English brekkie with all the trimmings."

And so the deadlock remains. Interestingly, it was Alexander De Croo, the deputy prime minister of Belgium (a country justifiably famed for its waffles) and a member of the Telecom Council, who cut through the blether to say, “Countries that put their national interests above the interests of European citizens and businesses are fundamentally erring. Abandoning an outdated and anti-European roaming system will have a much greater economic return than desperately trying to hold on to the past. The abolition of roaming charges is a fundamental building block of a single European digital market.” His words though fell on ears deafened by all the chomping.

Much had been made of the meeting and its potential. The telecoms ministers of all member States had been invited and on Thursday last EU Commissioner Günther Oettinger tweeted, “I’m meeting European Telecom Ministers tomorrow. I hope they’re ambitious enough to finally agree on abolishing roaming in Europe.”

And Jens Rohde, the shadow minister of telecoms for the opposition Alliance of Liberals and Democrats commented, “I am hopeful we will finally see some movement from the Council, now that ministers are involved.” Fat cats. Fat chance.

Twelve ministers had RSVP'd to say they would be at the meeting but only eight actually rocked-up although spin-doctors at the Commission later claimed that ten ministers were there. Perhaps two were in the vomitorium? Either way it was a dismal and frankly disgraceful turn-out to debate a very important, long drawn-out and nagging problem. Of course that's not to say the meeting was ill-attended. Plenty of vice-ministers and secretaries made it. If there ever has been such a thing as a gravy train at a breakfast, this was it.

One anonymous Euro-blogger commented that attendees were taken aback (not to say baffled) by the technical details of roaming arrangements and net neutrality. The blogger wrote that one of the delegates said, “It’s hard to understand the last minute things in the discussions, and the ministry is not the level to bring out the detail. It’s more about top-level, political things." Yeah, perish the thought that reality should obtrude into the lotus-eater's reveries.

Latvia, as current president, produced a short agenda and two questions to be debated. They weren't exactly onerous or difficult to understand. One was to garner support for the abolition of roaming charges in advance of next week's meeting of the European Council (June 25 and 26). That was not forthcoming. The other was to ask delegates to list their “red lines and margins for flexibility”. Ye gods and little fish! (actually, and in the event, it was wild smoked salmon).

The reality of the situation is that the European Parliament and the Telecoms Council are at loggerheads over just what constitutes "fair use of roaming", the provisions with reference to "cross-border SIM card abuse", and the perennial bugbear of net neutrality. The Parliament wants these issues to be settled within the next few months so that roaming charges can be abolished for once and for all in 2016. However, for reasons that few claim to understand but certainly has something to do with the lobbying of powerful vested interests, the Council wants the decision to be postponed until some time in 2018 when first Estonia and then Bulgaria will have the presidency and thus the responsibility for providing another stonking breakfast.

For those wishing to undertake further research into the machinations of the EU may I suggest that you read "The Worm Ouroboros" by E.R.Eddison. Written back in 1922, it is remarkably prescient. Described by critics as an "heroic high fantasy novel" the book's main subject is the protracted war between the domineering King Gorice of Witchland and the Lords of Demonland. It is set in a modern world that nonetheless seems to be mainly medieval in character and outlook and where the major cities bear more than a passing resemblance to Luxembourg and Brussels

But, be warned, comparisons to to present-day Europe and its institutions can only be symptoms of a fevered mind and the Thought Police could well pay you a visit if you stray down that little alley.

By the way, in mythology the worm Ouroboros is a giant snake that perpetually eats its own tail. Thus, the novel ends at the same place as it begins with the protagonists becoming aware that their lives have no meaning without continued, endless conflict. Sound familiar?