Five unelected officials decide the fate of the Internet 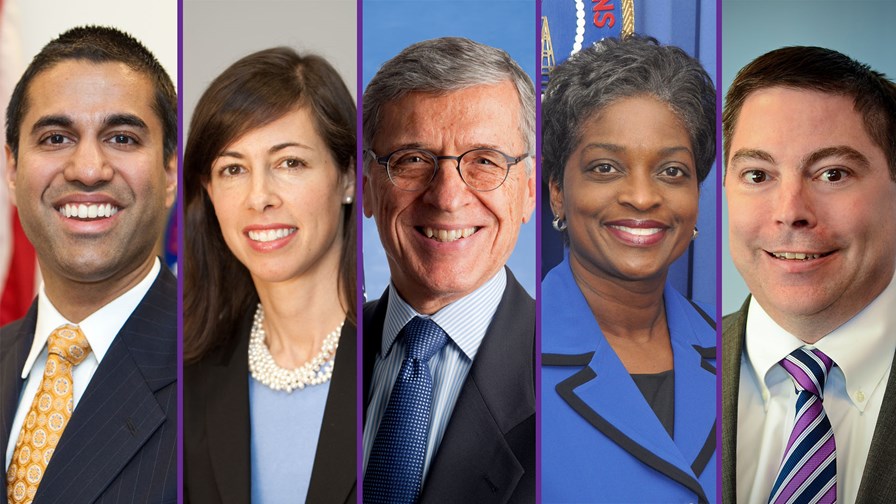 The US Federal Communications Commission (FCC) yesterday officially proposed its new set of rules concerning the controversial subject of net neutrality, but it didn’t present a united front. Of the five commissioners, three supported the action whilst two dissented. All of them reached for their press officers to issue clarifying statements.

It was presented as “How best to protect and promote the open Internet”, and perhaps we shouldn’t be surprised that there wasn’t consensus. In fact, whilst the FCC has issued its proposal, it still also seeks public comment – although whether such feedback after the rules have been made will result in any changes is debatable.

For those able to devote several hours to analysing these latest developments, then allow us to provide you with the necessary links. For everyone else, we’ll try and summarise this politically divisive rulemaking. You can read the FCC’s statement here (all are Word Docs), and then there are the officially statements from chairman Tom Wheeler and commissioners Clyburn, Rosenworcel, Pai and O’Rielly.

The FCC had early decided that broadband providers have both the incentive and ability to act in ways that threaten Internet openness, and that there are no laws to prevent such actions. Hence the need for a policy to ensure the Internet remains open. Note that the FCC is focusing on ‘openness’ and avoiding direct mention of tiered access.

The regulator therefore decided to base its new decision on a legal case from January between Verizon and the FCC (that the FCC lost), which relies on Section 706 of the Telecommunications Act of 1996. It will also “seriously consider” using the controversial Title II section of the Communications Act, which would allow it to classify broadband access as a telecoms service. It reserves judgement on whether Section 706 or Title II will be the best way to ensure openness.

The FCC also intends to tighten up its definitions of broadband access and its regulatory reach, create more transparency over alleged network congestion issues, engage in various legal and practical discussions over access and enforcement, and will try and make priority access between providers and their affiliates illegal. This final point is important, as it alludes to tiered access – the creation of a two-speed Internet, based on the ability to pay.

Wireless providers need not feel excluded, as the FCC is also going to look at Title III to bring them in line too. The US public now has four months to voice their opinions

Enough of the formal agreement; what do the individual commissioners think?

FCC chairman Tom Wheeler kicks off the round of personal statements by reiterating his support of an open Internet, “Not a fast internet, not a slow internet; one Internet,” he said, blaming the legal challenges of Internet providers for blocking previous attempts at creating new regulation. “I don’t like the idea that the Internet could become divided into ‘haves’ and ‘have nots’,” he added. “I will work to see that does not happen.”

“When content provided by a firm such as Netflix reaches the consumer’s network provider it would be commercially unreasonable to charge the content provider to use the bandwidth for which the consumer had already paid and therefore prohibited,” he said. And no getting away with throttling back speeds instead: “If the network operator slowed the speed below that which the consumer bought, it would be a commercially unreasonable practice and therefore prohibited.”

Commissioner Mignon Clyburn announced that she had “significant concerns about the initial proposal” from Wheeler, but after a bit of to and fro-ing her they reached a consensus , “though I still may have preferred to make portions of the draft more neutral,” she added. Clyburn reiterated that the vote concerned “proposed rules – not final rules”.

What concerns her most is that, following the January court decision, there are no rules in place to prevent discrimination or blocking: “Without rules governing a free and open Internet it is possible that companies – fixed and wireless broadband providers – could independently determine whether they want to discriminate or block content, pick favourites, charge higher fees or distort the market.”

Whilst she supports the principle of network neutrality (“We cannot have a two-tiered Internet, with fast lanes that speed the traffic of the privileged and leave the rest of us lagging behind”), she believes “the process that got us to this rulemaking today is flawed. I would have preferred a delay. I think we moved too fast.”

Commissioner Ajit Pai was more explicit in his dissent. Referring to a quote from Eric Schmidt when he was CEO of Google, Pai warned that: “every American who cares about the future of the Internet should be wary about five unelected officials deciding its fate.”

He recommended that the FCC seek guidance from Congress instead of “plowing ahead yet again on its own”. Whilst he is also keen to point out that he too is a supporter of a free and open Internet, he reveals that there is strong disagreement between the commissioners about how to achieve this goal.

“To date, no one outside the [FCC] building has asked me to support this proposal,” he said. “It brings to mind a Texas politician’s observation that there is nothing in the middle of the road but yellow stripes and dead armadillos. Nothing less than the future of the Internet depends on how we resolve this disagreement.”

He can see no legal path for the FCC to prohibit paid prioritisation or the development of a two-sided market, he believes the legal consequences of moving forward with net-neutrality regulation will “wreak havoc on the Internet economy”, and that Title II reclassification will mean a broadband price hike for every consumer in America.

Instead, he recommends the FCC commissions some economic and technical studies. There’s plenty of time, he says, and no need to rush.

Finally, Commissioner Michael O’Rielly adds his dissent to the decision, saying that: “the premise for imposing net neutrality rules is fundamentally flawed and rests on a faulty foundation of make-believe statutory authority.” He adds that he has serious concerns that this “ill-advised item” will create damaging uncertainty and head the FCC down a slippery slope of regulation.

“The Notice fails to make the case that there’s an actual problem resulting in real harm to consumers,” he argued. “Having come up empty handed, the Notice proceeds to explore hypothetical concerns. At the top of the list is prioritisation. But even ardent supporters of net neutrality recognize that some amount of traffic differentiation or ‘prioritisation’ must be allowed or even encouraged. Voice must be prioritized over email; video over plain data. Prioritisation is not a bad word. It is a necessary component of reasonable network management.”

He adds that fears that paid prioritisation will automatically degrade service for other users, relegating them to a ‘slow lane’, have been disproven by years of experience.

“The proposed net neutrality rules and legal theories will stifle innovation and investment by the private sector, provide no help to consumers, and thrust the Commission into a place it shouldn’t be.”

For those US readers who care about the future rules and regulation of the Internet, now is the time to get in touch with the FCC.