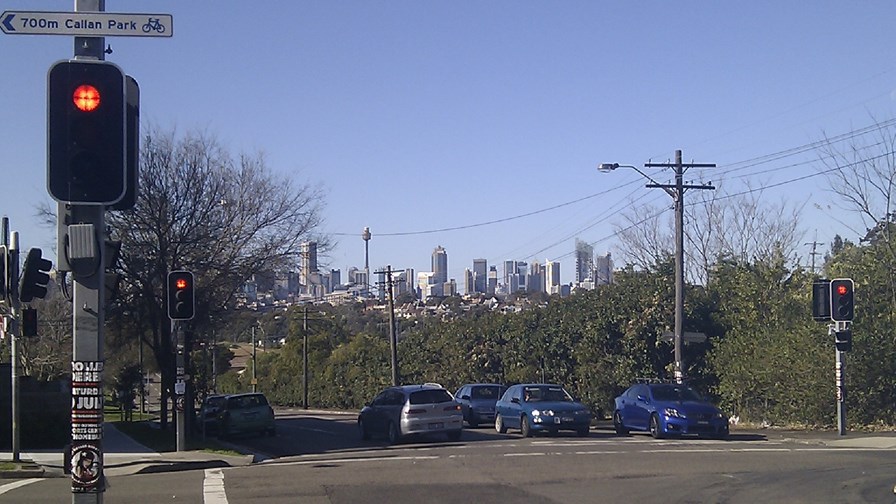 Australia's telecom regulator has made a mistake by blocking Vodafone's planned merger with TPG Telecom and we're not just talking about the way in which the news broke.

The Australian Competition and Consumer Commission (ACCC) scrambled to publish a statement outlining its reasons for opposing the tie-up on Wednesday after accidentally divulging its decision in its mergers register earlier than planned.

"The ACCC considers that the proposed merger between TPG and Vodafone will reduce competition and contestability in this sector," the regulator said. Essentially, it wants Vodafone to continue to build up its nascent fixed broadband business and, more importantly, it wants to force TPG to build out a mobile network.

TPG, which currently operates as an MVNO on Vodafone's network, began construction of its own mobile network a couple of years ago, but pulled the plug on the plan in January, insisting that the ban on the use of Huawei equipment for 5G made the project untenable. At the time it seemed that the Huawei ban served as a convenient excuse and that TPG had halted the network rollout with the Vodafone merger in mind. The regulator's statement suggests it agrees.

"TPG has the capability and commercial incentive to resolve the technical and commercial challenges it is facing, as it already has in other markets," said ACCC chair Rod Sims, referring to the Huawei issue. "TPG already has mobile spectrum, an extensive fibre transmission network which is essential for a mobile network, a large customer base and well-established telecommunications brands," he said.

Sims described TPG as "the best prospect Australia has for a new mobile network operator" to join the market, "and this is likely the last chance we have for stronger competition in the supply of mobile services," he said.

At the most simple level, you can see the regulator's point. There are only three mobile network operators in Australia and a newcomer starting from scratch in a post-5G world would be a big ask.

But at a time of tight margins and diminishing returns it is also asking a lot for a company to invest significant sums in its own infrastructure to enter a market in which the two biggest players serve 70% of mobile customers, when a tie-up with the third-largest mobile operator – Vodafone had an 18% market share at mid-2018, according to the ACCC – could help both compete more effectively.

TPG itself addressed this point in its reaction to the regulator's decision.

"A combination of our companies would create a new, vigorous and vibrant competitive force," TPG Executive Chairman, David Teoh insisted. "Left unchallenged, this decision will only serve to further entrench the enormous power of Telstra and Optus."

Sims himself pointed out that "TPG is...facing reducing margins in fixed home broadband due to the NBN rollout." As are its competitors, of course. Earlier this year Telstra CEO Andrew Penn warned that margins in the fixed broadband market "look as though they're going to zero" as a result of NBN migration.

But the regulator is unconcerned about operator margins; its goal is to force the creation of a new facilities-based mobile operator. Sims' point is that with falling margins in its core market, TPG will have to find a way to enter the mobile space to boost its business, especially with the growing importance of mobile for home broadband once 5G is rolled out. Ouch. "After thorough examination, we have concluded that, if this proposed merger does not proceed, there is a real chance TPG will roll out a mobile network," Sims said.

Of course, it is not the regulator's responsibility to worry about operator balance sheets, but it seems short-termist to fail to take into consideration the financial health of the broader market.

In terms of addressable market, Australia sits in a tricky middle ground between a three-player and four-player mobile market. Its population stands at around 25 million, making it two and a half times smaller than many of the major European markets that are sustaining four operators, some with greater comfort than others. On the other hand, there are two and a half times more Australian consumers to serve than in Austria or Switzerland, for example, where competition is maintained between three players.

The closest Western market to Australia in population terms is the Netherlands, where four players became three at the start of this year with the merger of T-Mobile with Tele2; the latter launched services on its own network as the market's fourth player as recently as 2015. There are around 17 million people in the Netherlands...and let's not forget that the landmass is a staggering 180 times smaller.

Australia was a four-player market until a decade ago when Vodafone merged with Hutchison's local unit to create Vodafone Hutchison Australia. Since then consumer prices have fallen but the overall shape of the market has remained much the same. Perhaps then it stands to reason that a new fourth player could be the answer to bringing about real change. Then again, price wars tend to have the end result of squeezing smaller players out, so even if TPG does go ahead with its own mobile network, we could well be back here – in one form or another – in a few short years.

However, Vodafone and TPG plan to take legal action against the regulator's decision. They have extended the deadline for completion of the merger to the end of August 2020 to allow time to to pursue proceedings in the Federal Court.