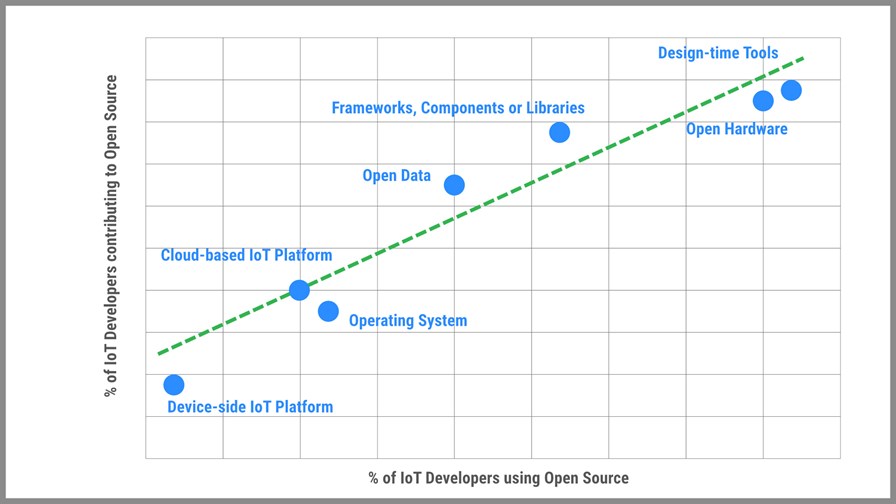 The move to incorporate open source in telecoms networks is slowly gaining traction, thanks mainly to NFV, but elsewhere it’s positively thriving. A new report from VisionMobile reveals that 91 per cent of Internet of Things (IoT) developers use open source technology in their projects.

VisionMobile surveyed 3,700 IoT developers for its 10th edition of the firm’s Developer Economics survey about their use of and attitude towards open source technology. For some, open source technology is a key driver of innovation; for others it is a scary hoodie-wearing beast that threatens to destroy profits and accepted business practice.

VisionMobile asked why developers were choosing Open Source. “Do the most vocal open source evangelists, advocating a superior, more free software society, also represent the majority?” they asked. “Or is there a large group of developers out there using open source for more pragmatic reasons; because it’s ‘free as in beer’ perhaps, or to improve their own positions in the software food chain?” The firm came up with five main reasons:

Open source also has a low barrier to entry, and it allows developers to investigate the inner workings of a technology. For example, unit tests included in open source projects often provide some of the best sample code for developers to learn from.