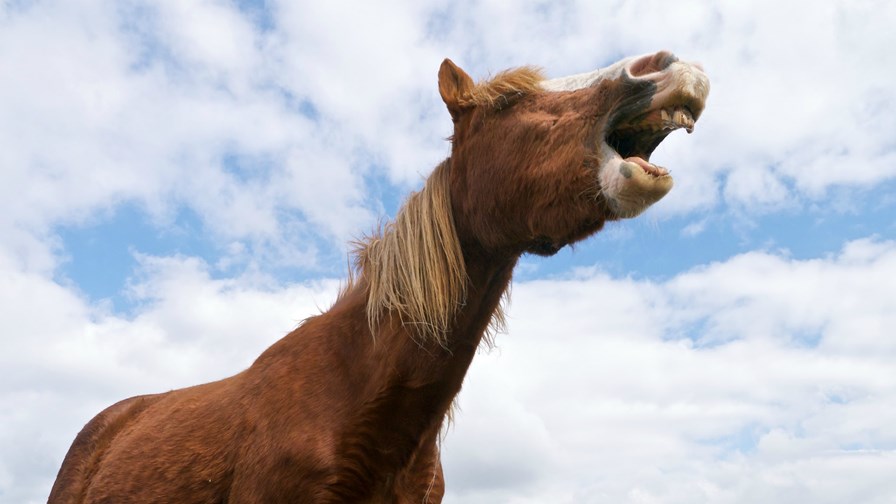 Flushed with success after running rings around the worthy burghers of Capitol Hill, the smug and rapidly ageing wonderkind CEO of Facebook, flanked by phalanx of sycophantic executives, yesterday reprised his earlier US performance before a panel of 12 Members of the European Parliament.

He spent 90 minutes and just a bonus few more pulling the wool over their eyes. It was an opportunity almost completely wasted. As it progressed the meeting became heated, tetchy and acrimonious but Zuckerberg slid through it all with the oleaginous deftness of a well-oiled Turkish wrestler. The only thing missing from the pointless exercise in deja vu was the Zuckerbergian booster seat. It is probably in the workshop for a fresh coat of lacquer.

The meeting had been widely trailed as the second stage of Zuckerberg's "Apology Tour" and true to form he took as long as he could rambling on and uttering banal and pointless PR platitudes to assure the panel that the Cambridge Analytica thing a was a one-off aberration that will never, ever be repeated. So that's alright then.

Whoever came up with the pathetic format of the Q & A session should have his epaulettes torn off in public without benefit of anaesthetic. The MEPs spent almost an hour listening to their own voices and lobbing a series of overlapping softball questions at Zuckerberg who was then allotted thirty minutes of so to bat them all away at one go, which he duly did.

It was an exercise in complete futility. The CEO got to pick for himself the questions he would deign to address. Most he ignored, declared he would respond to the "themes "of the questions he was prepared to reply to rather than the questions themselves, and then proceeded to swerve and dodge his serpentine way around them and almost no-one on the panel pulled him up on his evasiveness or played hardball back.

There was one honourable exception. Guy Verhofstadt, sometime prime minister of Belgium and now leader of the Alliance of Liberals and Democrats for Europe, ripped into Zuckerberg, lambasting him and ridiculing his responses. Little Mark hadn't been spoken to like that since those horrible jocks in the dorm had a pop at him for being a geek during his brief sojourn at Harvard. It was lèse-majesté, it wasn't expected and the sun kingling didn't like it.

Verhofstadt compared Zuckerberg to Kalden, the fictional CEO in "The Circle" a dystopian novel of 2013 written by David Eggars. It's a book about an Internet company that is hell bent on ruling the world. Guy Verhofstadt said, “That book is about a big data company that is out of control. Not even the owner has control of it. And the data is used in elections. And it seems to me very near to the reality."

He added, “Also, the fact is that maybe you have less control or no control of your own company because you have to apologise now. I think in total, you have apologised now 15 or 16 times in the last decade. In 2003 you started. Every year you have one or other wrongdoing or problem with Facebook and you have to face the reality and say "sorry" and say that you are going to fix it. Last year, I think it was twice that you apologised. This year, it’s three times already and we’re still in the month of May."

He went on, “Are you capable to fix it? The only way in my opinion to do it, and I’m a liberal, a free marketeer, is to have public regulation to do so. It’s a little bit like with the banks in 2006, 2007, 2008. They said, ‘We’re going to do self-regulation. Don’t bother. We’re going to do it ourselves.’ The reality is that they didn’t do it themselves. And it was needed to have tough regulation.”

Verhofstadt also took Facebook to task over its alleged "commitment" to abide by Europe's new general data protection regulations (GDPR) which come into effect on May 25. He said to Zuckerberg, “You have told us that you are going to apply them, but are you telling the truth? Are you telling the truth because since the outbreak of Cambridge Analytica, you have massively transferred European data of non-European citizens out of  Europe. I have to tell you that is against the regulation, against GDPR, and against existing directive in Europe of 95/46, which is still applicable.”

Guy Verhofstadt also told Zuckerberg that Facebook is "obviously" a monopoly and "a digital monster that is destroying our democracies and our societies", and insisted that the CEO should practice the transparency he preaches and co-operate with European authorities in determining whether or not Facebook is an anti-competitive monopoly that should be broken up.

At this point a German MEP, Manfred Weber, stuck his pickelhauber above the parapet and said, "I think it is time to discuss breaking Facebook's monopoly because it has too much power in one hand. I ask simply, can you convince me not to do so". Zuckerberg couldn't.

As the dog and pony show broke up Zuckerberg insolently said. "I realise that there were a lot of specific questions that I didn't get around to answer. I think I was able to address the high level areas in each and I'll make sure I follow up with each of you afterwards." Gosh, thanks.

And then with one bound he was free to change back into his hoodie and carry on as usual. Zuckerberg had simply ignored questions about matters of real moment and importance such as shadow profiles, the tracking of non-Facebook users, the sharing of data between WhatsApp and Facebook, the ability to opt out of receiving political adverts. He did the same on taxation, regulation and Facebook's infamous "black box" algorithms.

After three requests Zuckerberg still refuses to visit London to appear before a committee of the British parliament. We can hazard a guess why. Committee members are very knowledgeable on the subject under discussion, question sessions last five or six hours, the MPs pull no punches and they demand proper answers. Appearing before one of them is no picnic and Zuckerberg is running scared.

In "The Circle", Kalden, the CEO of the fictional out of control social media company is described as "unshakeably sincere" and someone who "nods emphatically, as if his mouth had just uttered something his ears found quite profound". Sound familiar?