QaaS: A quantum computing service that may, or may not, be there 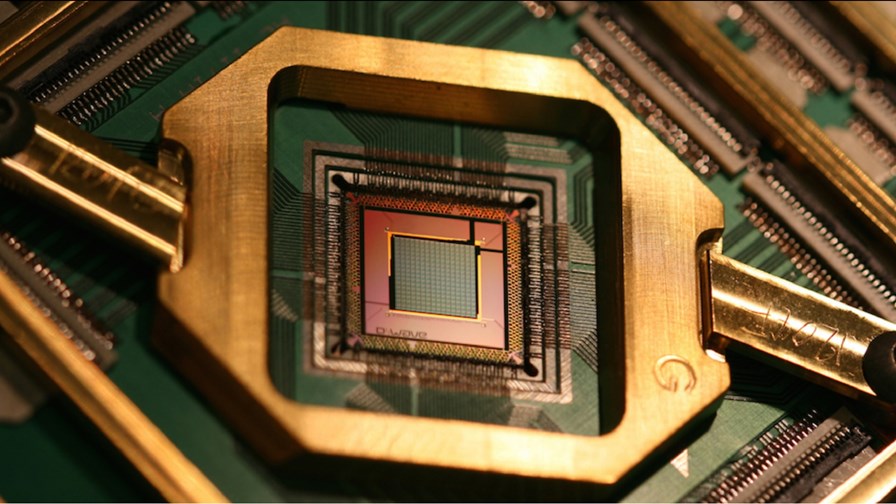 Amazon is one of a select coterie of organisations that are offering what are described as quantum computing services or at least "quantum-like" services to commercial companies that want to experiment with the mind-bending technology and to determine if they might want to play a part in what might become a major market sector provided clear services and revenue streams can be defined.

The basic notion that, in due course, Quantum Computing as a Service using real quantum computers performing real quantum computing functions will be available to rent in just the same way that cloud services are today. Of course, that "due course" might be time dependent in more ways than one, depending on a hole in space and gravity. What quality of service might be like is anyone's guess.

We are told that Noah's Ark, built to save the world and more or less everything in it from the Great Flood. (it seems unicorns, centaurs and dragons were among the species that missed the boat). The vessel was 300 cubits long, 50 cubits wide, and 30 cubits high. In modern measurements that equates to a length of 450 feet, a height of 75 feet and a beam of 45 feet. About half the size of the Titanic and not bad for a wooden boat knocked together over a mere 75 years by a landlocked family of eight, all of whom were at least centenarians with no knowledge of naval architecture but with a seemingly endless supply of trees and animals.

A qubit is quite a lot smaller than a cubit. In quantum computing, quantum bits are subatomic particles such as electrons or photons and constitute the  basic unit of quantum information. Qubits can have different states and properties such as superposition and entanglement and can represent 1 and 0 at the same time. Qubits become set only at the point of "observation".

Braket, Amazon's prototype quantum computing offering is based around a subscriber or customer also being a developer wanting to construct a quantum circuit. The name honours Paul Dirac, the pioneering  English theoretical physicist who, in 1934, contributed greatly to the early development of quantum mechanics and quantum electrodynamics. He originated the use of the  |v> and <v| symbols ("Bra-Ket") to represent vectorisation and linearisation when mapping the state of one quantum system to another.

Braket provides the tools to build a quantum circuit in terms of symbolic linguistics and then test it  in reference to the AWS online quantum simulator which runs in the cloud. The unit cost per active minute for the service is low at between $0.075 or $0.275 per active minute but Amazon also provides a simulator app that can be run locally on a PC. It is not as powerful as the AWS simulator but will at least show whether or not a theoretical circuit would be error-free in practice.

Amazon's claim is that it provides quantum infrastructure on the Internet to enable others to develop and build quantum computing services in an open environment by providing academics and scientific researchers and programmers with affordable quantum circuit design and testing.

Meanwhile, Honeywell Quantum Solutions is based on trapped-ion qubit fabrication wherein charged atomic particles are confined and suspended in free space via  electromagnetic fields. Thus qubits are stored in the stable electronic states of each ion, and quantum information can be transferred through "the collective quantised motion" of the ions in a shared ion trap. Laser light is used to induce coupling between the qubit states (for single qubit operations) or, for entanglement between qubits, by coupling between the internal qubit states and the external motional states. The Honeywell solution currently enables up to 64 qubits to become entangled, effectively quadrupling its power.

Diamonds are a qubits best friend

Hopes are high that graphene-based two-photon logic gates will open the way to ubiquitous quantum computing and research and development is underway around the world. Less well-known is the emerging discipline of synthetic diamond-based quantum technology which is reliant on the fabrication of a single crystal diamond layer smaller than a micron (a millionth of a metre).

This is a very expensive and resource heavy process and work is underway to make it less so. Last week scientists at the ARC Centre of Excellence for Transformative Meta-Optics at the University of Technology Sydney, Australia,  published two research papers on Nanoscale and Advanced Quantum Technologies that could ameliorate production problems and reduce costs.

Diamond jewellery usually requires unblemished natural diamonds but diamonds for quantum applications must be engineered to have precisely etched 'optical defects' such as caves and gullies that can be used to make laser light travel and reflect in any given direction to control, manipulate and extract information as qubits. The Sydney team have developed a novel hard-masking method useingan incredibly thin metallic tungsten layer 30 nm wide to pattern the diamond nanostructure and enable the manufacture of one-dimensional photonic crystal cavities.

The aim eventually is to greatly reduce costs and improve scalability by growing single-crystal diamond structures, complete with precisely placed quantum defects from a polycrystalline substrate. Scientists liken the process of growing a single crystal diamond to growing a flower from a seed. The process also permits the post-fabrication transfer of diamond devices onto a substrate of choice under ambient conditions and can be automated to  create modular components for diamond-based quantum photonic circuitry. Exciting stuff.