Magnetisation reversal could revolutionise the speed and efficiency of data transfer 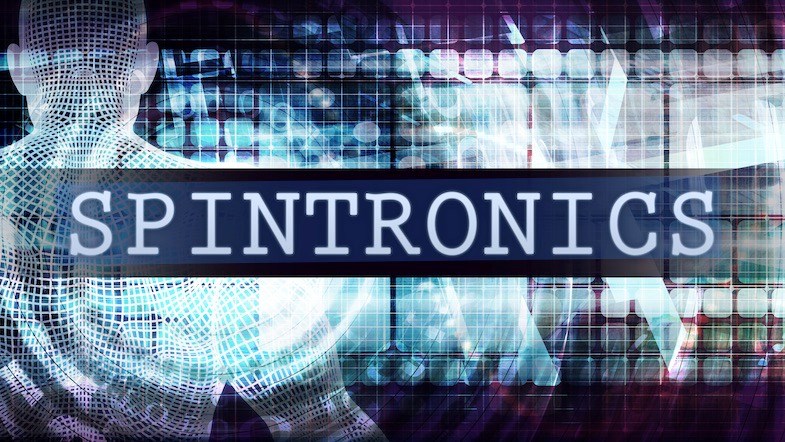 Magnetic storage is utterly vital to our digital epoch and is commonly and ubiquitously used in many communications and networking devices, including computers, mobile phones, tablets and data servers. Magnetic storage is cheap and can hold large amounts of information in a small area. However, the magnetic properties of nanostructures, such as domain magnetisation, shape, size, array spacing and so on, can greatly affect the performance of magnetic storage devices.

That’s why the news from Tokyo University of Science in Japan, where a team of scientists have developed “a super-hierarchical and explanatory analysis of magnetisation reversal that could improve the reliability of spintronics devices” is exciting. Sounds complex, doesn’t it? And it certainly is. However, the results of the research could have major implications for the switching mechanisms of magnetic nanostructures in high-density storage devices and have big effects on the speed of writing data and the reliability of its archiving. It will also permit the development of new types of hardware.

Spintronics (shorthand for spin transport electronics) is the science and study of the intrinsic spin of the electron and its associated magnetic moment, which is the measure of an object's tendency to align with a magnetic field in solid-state devices. Spintronics differ fundamentally from traditional electronics in that, in addition to their charge state, electron spins are exploited as a further degree of freedom. It is hoped that the ongoing research will revolutionise the efficiency and speed of data storage and transfer. If that potential is met, it will have a profound knock-on effect for future developments in datacentres, mobile handsets and other comms devices, including those enabling virtual reality experiences.

Essentially, spintronic devices and the ways in which they work are the result of microscopic changes in magnetic domain structures, and the reliability of data storage and writing speed in these advanced magnetic mechanisms depend on forceful, radical and complex changes in those tiny domain structures when an external magnetic field is applied to the system. We know that the changes take place but because (until now) it has been impossible exactly to quantify magnetic reversal, research has been necessarily restricted to qualitative examination and this has delayed advances in material design.

Now, though, the team at Tokyo University of Science, led by Professor Masato Kotsugi, has developed an AI-based method for quantitatively analysing material functions in spintronics and the results of their work have been published in the academic journal Science and Technology of Advanced Materials.

The researchers applied topological data analysis and developed a ‘super-hierarchical and explanatory analysis method’ for magnetic reversal processes. In this case, the term ‘super-hierarchical’ means the connection between micro and macro properties which, while usually treated as being isolated one from the other, can, in fact, contribute jointly to the physical explanation of the phenomenon and process of magnetisation reversal that is invisible to the human eye.

The Tokyo team relied on ‘persistent homology’, a mathematical tool used in computational topology to quantify the complexity of magnetic domain structures. It also visualised the magnetisation reversal process in two-dimensional space using ‘principal component analysis,’ a data analysis procedure that summarises big datasets by smaller ‘summary indices’. (Topology is the mathematical study of the properties of a geometric object that are preserved under continuous deformations, such as stretching, twisting and bending but without tearing holes, opening holes, closing holes, glueing them or passing through itself – an example is the stretching of a circle into an ellipse.)

By the way, the Earth, of course, has a magnetic field generated, in the main, by the planet’s molten core. Currently, the earth has one North Pole and one South Pole although in the distant past it had several. It is also known that throughout geological history the poles have often ‘flipped’ or reversed polarity. Evidence from rocks and the seabed shows that, over the past 10 million years, magnetic reversals have happened about four or five times per million years but not to any predetermined or predictable timetable. That said, mounting evidence seems to show that the Earth may be in the very early stages of a flip that might be complete in about 1,500 to 1,600 years’ time.

We also know from studies of the magnetisation of minerals in ancient clay pots that at the time Julius Caesar was blaming Brutus for giving him a nasty nick during a shaving incident, the Earth’s magnetic field was about double the strength it is today. We also know that it is theoretically possible that the strength may be capable of fluctuating down from today’s level by about 90%.

By the time the next flip happens its effects on humanity, if any of us are left by the year 3522, will be so negligible as to be unnoticeable. However, if whales, pigeons and Manx shearwaters have failed to adapt to the flipping of the poles, they’ll be going the long way round to get to their breeding grounds.