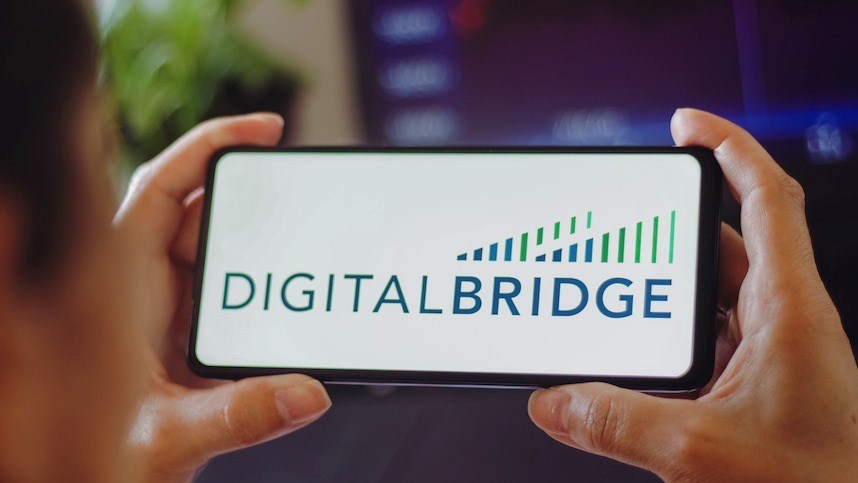 In today’s industry news roundup: DigitalBridge to use acquisition in Malaysia for expansion in south-east Asia; Ericsson to open 6G research unit in UK; Vodafone gets its AI ducks in a row; and more!

Digital infrastructure investment company DigitalBridge has struck a deal to acquire a majority stake in AIMS Group, an operator of highly-interconnected datacentres in Malaysia (plus a facility in Bangkok, Thailand), from Time dotCom Berhad for 2 billion Malaysian ringgit (US$437m). The facilities are used by domestic and international telcos, enterprises, hyperscalers, content distribution networks, as well as the Malaysia Internet Exchange (MYIX). The two companies plan to use their new relationship to expand their presence in, and influence over, the datacentre sector in south-east Asia, with Time noting that the duo “envisage a rapid and tactical expansion of datacentre facilities across primary and secondary cities [across south-east Asia] and beyond with a focus on providing best-in-class services to multinationals, large enterprises, content providers, internet infrastructure providers and financial institutions. The plans will centre on AIMS as the primary platform for expansion, whilst making Malaysia a core hub and gateway for greater connectivity in the region,” stated Time. DigitalBridge clearly sees this as a stepping stone to greater things in the region. “AIMS operates some of the most strategic data centre assets in the ASEAN region,” noted Justin Chang, managing director and head of Asia for DigitalBridge. “We are excited to have such a strong foundation to build a broader regional business focused on providing high quality interconnection and ecosystem facilities to our global customers. Time has an impressive track record of building connectivity linked businesses across the ASEAN region and is the ideal partner for this endeavour,” he added. DigitalBridge has been on a digital M&A spree around the world in the past few years, reaping the benefits of booming data traffic due to increased use of digital products and services – see DigitalBridge splashes $820 million on Telenet’s towers in Belgium.

Ericsson is establishing a new research unit in the UK to focus on 6G and other advanced areas of communications technology, pledging to spend “tens of millions of pounds” during the next 10 years on the new team. At a recent media briefing in London, Ericsson executives noted the unit would hire 20 researchers, forge collaborative relationships with UK academic institutions such as the Universities of Bristol, Surrey, and Manchester – “the usual suspects”, noted the vendor’s head of UK public affairs Patricia Dooley – and focus on 6G and “hardware security”. When asked what that entailed, Elmar Trojer, sector manager for programmable networks at Ericsson, noted that this would include a focus all the way down to the component level, including general purpose units (GPUs), to ensure that the highest possible levels of security could be maintained in networks comprising GPUs as well as specialised components, which is something that traditional vendor such as Ericsson will increasingly need to provide its customers as cloud RAN (radio access network) deployments become more commonplace. And it won’t be long before the UK researchers, and the hundreds of other Ericsson research staff around the world, will need to feed into the vendor’s product plans, as the Swedish giant expects to start research trials in 2024, move into product design in 2025-2026 and see full 6G commercialisation by 2030. For more on Ericsson’s UK research unit plans, see this announcement.

Vodafone Group has implemented “European-wide policy and controls to ensure the company responsibly uses AI [artificial intelligence] to protect its customers across all of the markets in which it operates.” The telco said the policy and controls will “ensure that Vodafone remains at the forefront of this evolving area and that the company complies with the requirements set out in forthcoming EU legislation” as it “increasingly embeds automated AI-based decision-making across the business.” That forthcoming European legislation is the EU AI Act, which is scheduled to receive final adoption by EU ministers at the Telecom Council meeting on 6 December, and which “sets out to address the fundamental rights and safety risks specific to the AI systems,” notes the operator in this announcement.

Still with Vodafone… it needs to appoint a new chief commercial officer following the decision by Alex Froment-Curtil to “return to France with his family for an external opportunity in another industry effective 31 December 2022.” Froment-Curtil has been with the operator giant since 2004 and has held senior commercial roles in Vodafone Group, Europe and Africa including CEO for Vodafone Hungary, Vodafone Egypt and Vodafone Turkey. See more.

The three main Dutch telcos KPN, Vodafone Netherlands and T-Mobile Netherlands have put aside their rivalry in a bid to combat online fraud. KPN has unveiled a set of security services dubbed Mobile Connect, the result of a collaboration between the three operators, which offers an extra layer of protection against account takeovers via number verification processes. The offering is targeted at digital services providers, such as banks and online shops, to allow their users to log in and make transactions “easily and securely”. The Mobile Connect services are a result of joint work against cybercrime that the three companies have been focused on as part of their participation with COIN, an association of Dutch telecommunications service providers. Find out more from KPN’s statement available in Dutch here.

The planned merger of Thai operators True and dtac has been delayed and will no longer be completed in 2022. The deal was given a conditional green light by Thailand’s regulator in October, almost a year after it was first announced, but there have been competition concerns as the move would reduce the number of major mobile operators in the country to just two, effectively creating a duopoly, and would make the True/dtac company the market leader. Telenor, dtac’s dominant shareholder, noted today that it still “believes in the benefits from the merger and continues to actively support the amalgamation of dtac and True”.  It added that Charoen Pokphand (CP) Group, which owns True, and Telenor will “continue to target an equal ownership share of around 30% of the merged company”. The merger, at least in Telenor’s eyes, is now due to be completed during the first quarter of 2023.

Plans for an IPO of British chip maker Arm have been put on the backburner by its giant Japanese owner Softbank and will not happen in the near future, according to multiple reports, including this one from The Guardian. The delay, which means the public listing of Arm shares will almost certainly not happen in the first quarter of next year, though it is still likely to take place at some point in 2023, is being attributed to the current global economic uncertainty. Softbank decided to initiate IPO plans for Arm after regulators blocked the chip specialist’s acquisition by Nvidia at the start of this year.

Patrick Drahi’s Altice France is seeking a buyer for its 92 datacentres with the aim of raising €1bn from the sale, according to Data Centre Dynamics.