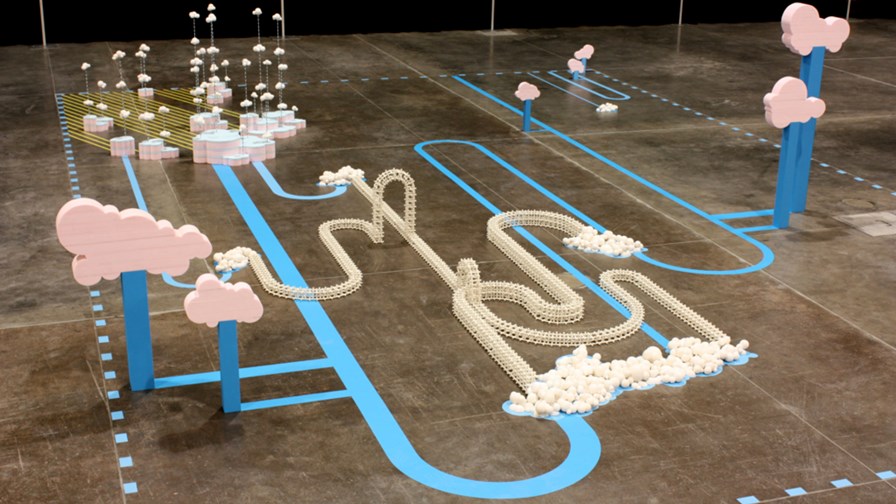 As we’ve amply documented on TelecomTV, fibre rollout in Europe and America is on a charge and the favoured technology to deliver high speed connections across fibre reliably and economically is Passive Optical Network (PON). PON’s mass deployment has meant lowering prices for the optical termination kit at either end of the fibre and endlessly ungradable PON technology to handle faster speeds. So gigabit PON has spawned 10 gigabit PON, 25 gigabit PON has followed and viable 100 gigabit PON is next.

When it comes to delivering to the premises the standard is 1 gigabit and, according to Ronan Kelly, Adtran’s Chief Technology Officer for EMEA & APAC, speaking with Ray Le Maistre on TelecomTV, there’s now a bottleneck problem looming in the home itself. He thinks the next big issue to be solved on the broadband front must involve providing technologies that can distribute high speed data reliably and intelligently around the premises. Ronan is not alone.

Enter ETSI’s Fifth Generation Fixed Network group, which this week released a specification - ETSI GS F5G 003 - for, amongst many other things, linking PONs to on-premises networks such as Wi-Fi, but particularly in future to passive optical LANs which could replace the current crop of Ethernet/Wi-Fi connections to home services and gadgetry, including the remote application du jour, the home-office.

The idea is to enable a PON system to connect end devices (like HDTV, HD surveillance cameras and VR/AR helmets) and provide higher data rate, better coordination and controlled latency than current Ethernet and Wi-Fi mesh.

At the other end - at the multi-access edge - the Group foresees that ‘multiple access aggregation over PON’ (MAAP), could provide various services to multiple types of customers ( or multiple diverse applications for a specific large customer) on the same network and guarantee an SLA for each service.

That sounds like a bit of a breakthrough and, via multi-access edge computing - also an ETSI specification - should enable the fixed network to offer the sorts of transport and edge processing capabilities claimed by 5G, minus its mobility aspects. In fact the clumsy ‘multi-access’ edge as replacement for ‘mobile’ edge, was the result of minor kerfuffle between the fixed and mobile sides of the telco house almost exactly four years ago when the fixed or wired access guys realised the concept of running applications at the edge of the network to garner performance and other benefits was being semantically hijacked. The ‘multi-access’ edge was a better label that recognised that there are many more edge entry points to a telco network than just the mobile ones.

A case for all reasons

The ETSI specification group also references a ‘high quality private line use case’ which seeks to support optical transport networks (OTN) for governments, large companies, or financial and medical institutions - settings which require guaranteed bandwidth, low latency, five-nines availability, high network security network, access to Cloud services and intelligent operation and maintenance of their connectivity. At the other end it outlines use cases for SMEs and, it claims, the specifications can offer higher performance, lower cost, better industrial adaptation, and easier operation for industrial customers as well.

The Group notes that Wi-Fi is the most widely used technology for connecting end user devices and that the mobility of users (especially if newly liberated for multi-location employment post-pandemic) may require switching the connection between different Access Points (APs) as employees move about. This creates some extra complexity to enable cellular-like hand-off between APs.

That sort of issue and much more (and a detailed itemisation of the existing ‘gaps’ in the specification which need filling) is laid out in the ETSI document ‘Fifth Generation Fixed Network (F5G); F5G Technology Landscape’ downloadable as a PDF.