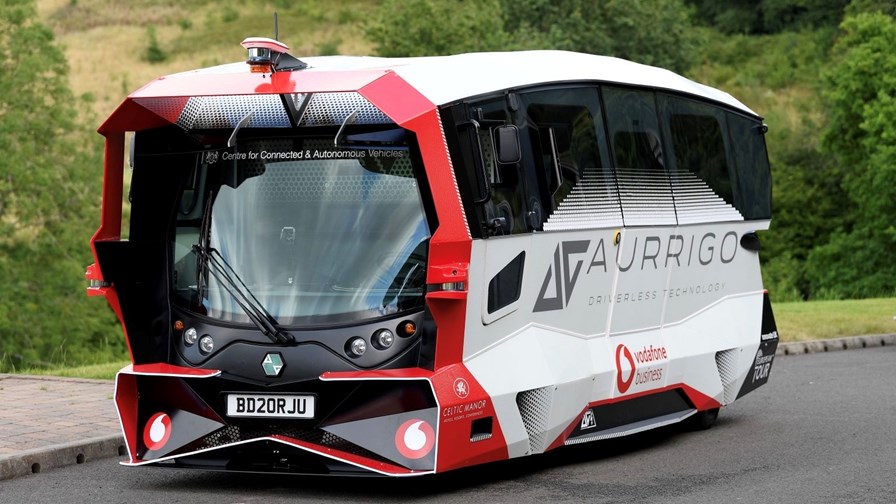 The services, which the operator says can deliver latency as low as 10 milliseconds, are initially available to enterprises in London and the surrounding area, as well as towns and cities such as Oxford, Cambridge, Bristol and Cardiff. Wavelength-enabled services will be launched in Scotland and the north of England in 2022, and ultimately the operator says it will be able to deliver UK-wide edge services using just three or four Wavelength zones.

Vodafone Germany is on course to launch its services during the second half of this year.

The two companies have been working together since 2019, and announced the upcoming launch of the UK services late last year. (See AWS Wavelength (finally) gives telco edge an international flavour.)

Now, following extensive testing with a range of enterprises in sectors such as sports technology, autonomous transport, biometric security, remote virtual reality, and factory automation, Vodafone is claiming that it’s the only operator in the UK offering low-latency services enabled by edge computing and 5G.

One of the companies that has been trying out the edge services is Aurrigo, which has piloted an autonomous shuttle bus which runs between the park and ride and the campus at Cambridge University (see picture above).

Further trial customer examples can be found in the Vodafone press release about the launch. (See Vodafone and AWS Wavelength launch edge computing in Europe-wide first.)

What's missing from the information made public by Vodafone, though, are any pricing and other financial details, such as revenue shares with partners: Vodafone says such information is "commercially sensitive," so it's not able to share.

So the services are up and running and enabling technology is in place, but as the industry knows from past experience that doesn't mean it will fly: The number of use cases is growing and the number of enterprise users interested is growing, for sure, but it'll be a few years yet before Vodafone or any other service provider will know if there are profitable revenues to be generated from the ever-tricky business customer sector.