Zoom cashes in but expectations should be tempered, notes analyst 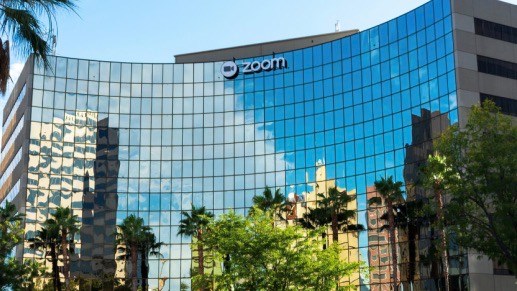 Zoom’s latest financial report is a reminder of how the world’s working patterns have shifted this year.

The videoconferencing services company, which (as I think we all know) provides a free-to-use as well as a paid service, reported fiscal third quarter revenues of $777.2 million for the three months ending 31 October, a year-on-year increase of 367%.

Its operating profit for the quarter was $192.2 million, compared with an operating loss of $1.7 million for the same period a year ago.

It is on course for full year sales of about $2.58 billion, which would be an increase of 314% from $622.7 million, while operating income for the full fiscal year is expected to be in the region of $870 million, compared with $12.7 million for the previous full fiscal year.

The numbers are staggering: For further details, see the investor announcement.

And while the company’s share price fell in after-hours trading late Monday as investors cashed in and/or got nervous about the next shift in working patterns, it’s worth noting that the stock ended Monday at $478.36, quite a distance from the $68.72 it commanded at the beginning of the year. Zoom is now valued at $136 billion.

Of course, the big question is, where does Zoom go from here? What will 2021 be like?

There are a number of factors to consider, but the two main ones are: The shifts in working patterns and choices – what proportion of people will continue to work from home rather than an office and still require a paid-for conferencing service; and the competitive landscape, which is already quite packed but where Zoom still has an edge in terms of ease-of-use and brand awareness (it has made the leap from company name to verb… “I’ll Zoom you once I’ve had my siesta…”)

And there are a multitude of factors impacting those two considerations, which, thankfully, analyst Richard Windsor of Radio Free Mobile has laid out in a very digestible, illuminating and amusing way. I particularly like his take on Teams, which poses probably the greatest threat to Zoom, but which is owned by Microsoft: “The key risk to Zoom is that Microsoft manages to catch up in terms of the user experience of Teams and Zoom has to cut prices to keep its customers…. However, given Microsoft’s execrable performance when trying to improve the user experience of Skype, I think Zoom has a large time gap and remain unconcerned with this risk in the short term,” notes Windsor, who rates Zoom as a very good company with a strong management team but with a current valuation that is unrealistic.

His analysis of Zoom’s potential, and the performance of other digital service providers, is always worth checking out: Read his take on Zoom’s prospects here.

Also important, of course, is whether Zoom takes this opportunity to diversify, innovate and, importantly, accurately predict future potential customer requirements. The greatest likelihood is that Zoom’s services will be used less in 2021 than in 2020, but that its customer base, minutes of use and revenues will all still be much bigger than in 2019: It would be a very conservative company that decided that was good enough for the future, and I can’t imagine Zoom isn’t going to take some bold moves in the digital communications services market, and that will be of interest not only to all of us that are using Zoom more now than ever before, but also to the telcos that have struck deals with the company for managed service offerings. (See What’s up with… BT, Deutsche Telekom & Zoom, Enea, Ant and BT gives Zoom a corporate twist: adds it to the Global Managed Network portfolio.)