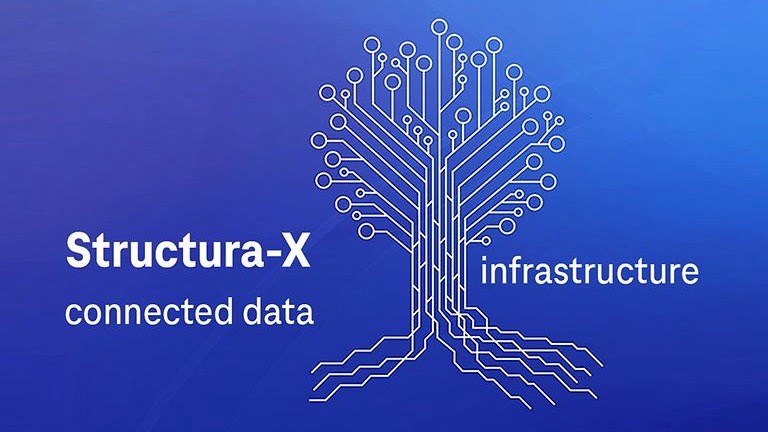 European cloud providers have launched an initiative, the Lighthouse Structura-X project, for common infrastructure services that meet the requirements of Gaia-X, a European initiative that “develops a software framework of control and governance and implements a common set of policies and rules that can be applied to any existing cloud/ edge technology stack to obtain transparency, controllability, portability and interoperability across data and services.” At inception, 28 companies, including Deutsche Telekom, KPN, TIM’s Noovle, City Network and Vivacom, have “agreed to make their cloud services Gaia-X compliant.” The common goal is to develop an ecosystem for “European data sovereignty,” and ultimately for the “fragmentation of the European cloud market [to] be overcome.” Read more.

A milestone moment for the Open RAN sector… Japanese operator KDDI has switched on what it claims is the world’s first commercially-deployed Open RAN-based 5G standalone cell site using technology from Samsung Networks (virtualized CU and DU) and Fujitsu (massive MIMO radio units). “Beginning with this site, in 2022, KDDI, along with Samsung and Fujitsu, will deploy this Open RAN in some parts of Japan and continue its deployment and development, embracing openness and virtualization in KDDI's commercial network,” noted the operator. For more on KDDI’s developments, see this announcement. Japan, of course, is a hotbed of Open RAN-based deployments, with Rakuten Mobile building out its 5G network based on Open RAN principles and NTT DOCOMO having incorporated open architecture sites in its 4G and 5G rollouts, and both operators are taking that early experience and aiming to productise and export their Open RAN know-how with global initiatives, (See Rakuten Symphony unveils ‘Symworld’ and expands in Europe and NTT DOCOMO spearheads new 5G Open RAN Ecosystem.)

Intel CEO Pat Gelsinger, who has just outlined the chip giant’s 2022 and long-term growth strategy, says he would consider being part of a consortium that would bid to acquire Arm, the chip design specialist that NVIDIA was blocked from buying, according to Reuters.

In announcing its fiscal second quarter results, Cisco said it had “approved a $15 billion increase to the authorization of the stock repurchase program,” a move that suggests it has abandoned any plans to bid $20 billion on analytics giant Splunk.

CommScope has decided to postpone its move to spin out its Home Networks division due to current market conditions. “In light of the ongoing impact of supply chain pressures on the Home Networks business that began in the summer of 2021, including semiconductor supply decommits and extended component lead times, we have determined that market conditions are not currently conducive to proceeding with the planned spin-off of Home Networks into an independent company in the second quarter of 2022,” stated President and CEO Chuck Treadway. “We remain committed to the merits of strategically separating Home Networks from CommScope, and still plan to execute on that strategy when clear evidence of a more normalized and predictable supply environment emerges.” Read more.

About Schmidt. The former CEO of Google, Eric Schmidt, reckons 5G in the US is a bad joke and disgracefully behind China in terms of deployment, speed and investment. He puts the blame for that squarely on AT&T and Verizon. He is particularly exercised that, on the two biggest networks in the US, much-vaunted and over-hyped 5G services in major metropolitan areas are often considerably slower and less robust than 4G speeds - due to the lack of mid-band spectrum. He says the Biden administration must “stop dithering”, get properly and vocally behind 5G and adds more must be invested in the technology before China “owns the 5G future”. Last summer a test run by PCMag showed that T-Mobile was the only US carrier with a 5G network that was faster than its 4G offering. That was down to the mid-band spectrum that it got when it merged with Sprint. Mr. Schmidt further substantiates his criticisms by trenchantly pointing out that while the average wireless mobile Internet access speed in the US is 75 Mbps, in China it is 300 Mbps. He is also concerned that despite sanctions imposed in the US, Europe and other parts of the world, Huawei is the outright leader in the supply of 5G infrastructure equipment and already has huge amounts of it deployed in counties including Russia, Saudi Arabia, South Africa and Turkey with many other counties in Africa likely to follow. The US has 100,000 5G base stations, China has 1 million-plus. The US plans to spend US$1.5 billion on 5G between now and 2026. China plans to spend $100 billion. You can understand Mr. Schmidt’s unease.

Founded in 2010, DeepMind Technologies, the British artificial intelligence (AI) company that in 2014 was bought by Alphabet, the parent company of Google, has demonstrated that its AI can control superheated plasma inside a nuclear fusion reactor. Working in partnership with the Swiss Plasma Centre at the École Polytechnique Fédérale de Lausanne in Switzerland, DeepMind has devised a deep reinforcement learning algorithm that, it is hoped, will help revolutionise AI and be a step towards the development of fields such as truly autonomous systems and advanced robotics. Deep learning enables reinforcement learning (RL) to scale to problems that hitherto have been intractable. In nuclear fusion, (as occurs within the core of our sun) the atomic nuclei of hydrogen atoms are forced together to form heavier atoms such as helium, thus producing massive amounts of energy from tiny amounts of fuel. It takes four hydrogen atoms to fuse into each helium atom and nuclear fusion would be a very efficient source of cheap, clean power. However, controlling the process is incredibly difficult. Atomic nuclei repel rather than attract each other and smashing them together inside a reactor is possible only at the astonishingly high temperature of 100 million degrees Celsius or more, at which point the matter turns into plasma. The trick is to hold the plasma together inside a reactor for long enough to extract energy from it and over many decades of research that has proven to be close to impossible. The answer seems to lie in the manipulation of an immensely strong magnetic field. Obviously the entire process must constantly be monitored and measured and the process has been improved by the new DeepMind algorithm. In this case, the AI controlled the plasma for just two seconds. The reactor then had to be shut down because it was ‘overheating’. But not to worry, thankfully, nuclear fusion reactors can’t meltdown like fission reactors have done at Windscale, Chernobyl, Three Mile Island and Fukushima. That’s a relief.

Following on from the use of wooden heat shields for satellites and even for manned spacecraft re-entering the Earth’s atmosphere comes news that scientists at the Beijing Institute of Nanoenergy and Nanosystems have developed a wooden triboelectric self-powered smart home sensor. Triboelectric charging is a sort of contact electrification where some materials become electrically charged by friction after they are separated from a different material with which they were previously in contact. For example, running a plastic comb through the hair builds up a store of static because increased contact between the two surfaces invokes the triboelectric effect. The same applies when glass is rubbed with fur or amber is polished with wool. Indeed, 99 per cent of the static electricity we create (and sometimes experience as a shock), is triboelectric in nature. Apparently, the new system works by having a copper film glued to the bottom of a piece of wood (such as a floorboard or a thin piece of wood laminate) that, when it is compressed, say by a footfall, completes a circuit when it makes contact with a lower non-stick layer. That generates an electrical charge that can be used to power a sensor and send a signal to smart lights to turn themselves on. Or, if you are a Luddite,  you could just use the wall switch and avoid all the cost and mess of having the floorboards replaced.