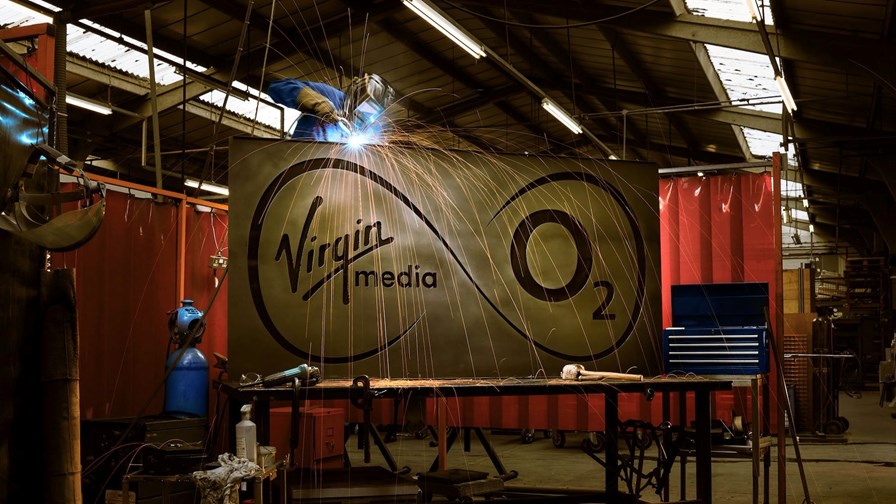 We’re going large today, as the cancellation of a major MVNO deal in the UK, some big Cisco M&A speculation and a whopping annual loss for Rakuten Mobile head up today’s queue of news snippets.

British cable and mobile operator giant Virgin Media O2 has, perhaps not surprisingly, moved to end its MVNO deal with Vodafone UK that underpins the Virgin Mobile service, according to weekend media reports that were confirmed by Vodafone. In 2019, Virgin Media struck an MVNO deal with Vodafone UK  that was set to run from 2021 until 2026, but once its merger with O2 was signed, sealed and completed last year, it was probably only a matter of time before the company looked to shift its 3.4 million Virgin Mobile customers onto the O2 network (it has been busy trying to persuade Virgin Mobile customers to buy into its VOLT services and transfer to O2’s service during the past couple of months). “Notice was given by Virgin Media back in June 2021, when the merger [with O2] completed, and we expect to support the majority of their three million plus customers on our network until later this year,” a Vodafone spokesperson tells TelecomTV. “MVNO is a resurgent sector for us, where we’ve seen strong growth in recent years with our other partners,” adds the spokesperson, signalling that Vodafone UK’s MVNO business is about more than just the Virgin Mobile deal (it has a major MVNO deal with supermarket chain ASDA, for example). The financial implications for either party have not been shared. The news comes as market consolidation speculation swirls around Vodafone’s desire to merge with Three, a move that would create a larger rival for both Virgin Media O2 and BT/EE.

The share price of analytics giant Splunk is up by more than 7% today to $124.06 following news broken by The Wall Street Journal (subscription required) late last Friday that Cisco recently offered $20 billion to buy the company but that takeover talks are not currently ongoing. The latest share price gives Splunk a market valuation of $19.7 billion. Cisco has acquired scores of companies during the past few decades, but a $20 billion deal would be a record price for the networking tech giant. Cisco’s stock is down by 1.5% to $53.09 on the news that it seems prepared to shell out such an enormous sum to buy a major position in the data analytics space, even though that market is only set to get increasingly important as enterprise and network operator technology and operational transformations will fuel greater demand for smart, accurate and efficient analytics platforms. The speculation will also heighten awareness of, and interest in, other analytics specialists – this is a sector to watch in the coming weeks. Splunk is set to report its full year 2021 financials on 2 March, so if it hasn’t commented by then you can expect the company’s management to say something about the reports during the earnings conference calls with investors and analysts.  One industry analyst who believes Cisco would do itself a favour by not returning to the Splunk table is Scott Raynovich, Founder and Principal Analyst at Futuriom, who has been tracking and reporting on Cisco for decades. “Cisco’s track record with large acquisitions is not particularly good – see what happened with Scientific Atlanta. They are trying to acquire revenue, but Splunk’s analytics and SIEM business is under threat from many lower priced competitors and has suffered in recent years with large losses. It looks to me like they are trying to buy a legacy business in a bid to turn it around and increase profitability which will pose many risks for shareholders,” notes Raynovich in an emailed response to questions from TelecomTV. Buying Splunk would be “a bad move” for Cisco, adds the analyst.

Rakuten Mobile reported a 31.9% year-on-year increase in annual revenues of 227.5 billion Japanese yen (US$2 billion) for 2021, with an unspecified portion of those revenues coming from the now operationally independent but still wholly-owned Rakuten Symphony, which is now selling its tech and systems integration wares to any network operator that’s ready to deploy an Open RAN architecture. However, due to the ongoing furious investment in the operator’s 4G and 5G networks in Japan, which now reach 96% of the Japanese population, Rakuten Mobile reported an eye-watering full year loss of 421.2 billion yen ($3.69 billion). But the worst is almost over, according to Rakuten, which says earnings are expected to improve (which means, losses will be smaller) from the second quarter of this year. Rakuten Mobile currently has 5.5 million paying mobile customers either signed up to its own services or via its MVNO arrangement with KDDI. Importantly for the Rakuten Group, which has operations across multiple verticals, “35% of Rakuten Mobile subscribers who had not previously used a Rakuten service began using Rakuten Ichiba [e-commerce platform] within one year of signing up for the mobile service. As cross-use between Rakuten Mobile and other Rakuten services continues to grow, the Rakuten Ecosystem as a whole is expected to deliver further growth.” That has been Rakuten’s strategy all along – not just to develop a mobile services business, but develop a mobile services business that is part of, and integrated with, a broader set of services that drives greater overall share of spending and enhanced loyalty. Will it work? Rakuten’s counting on it, obviously, having gambled billions on the move, but you can bet that every major telecoms company around the world is also watching the trends, stats and business modelling like a hawk. In the meantime, Rakuten is expanding its Symphony business, with plans to hire hundreds of additional staff in Europe. As for the Rakuten Group overall, the losses incurred by Rakuten Mobile meant the company incurred a full year operating loss of 225 billion yen ($1.94 billion), even though Group revenues increased by 15.5% to 1,681 billion yen ($14.5 billion). For further details on Rakuten's financial performance, see this announcement, and then read our story on what's happening at Rakuten Symphony: Rakuten Symphony unveils ‘Symworld’ and expands in Europe.

India’s 5G spectrum auction could be held as early as May this year if the country’s regulator, the Telecom Regulatory Authority of India (TRAI) submits its proposals for the process to the Department of Telecom (DoT) by March, a deadline it has stated it can hit, according to the Financial Express.

More affordable 400 Gbit/s interfaces and the growing need for more data traffic management capacity will drive greater investments in router and switch equipment by telcos and data centre operators during the next five years, with cumulative investments set to hit $76 billion, according to a new forecast from The Dell’Oro Group. That spells good news for Cisco, Nokia, Juniper, Huawei, ZTE, Arista and more.  Read more.