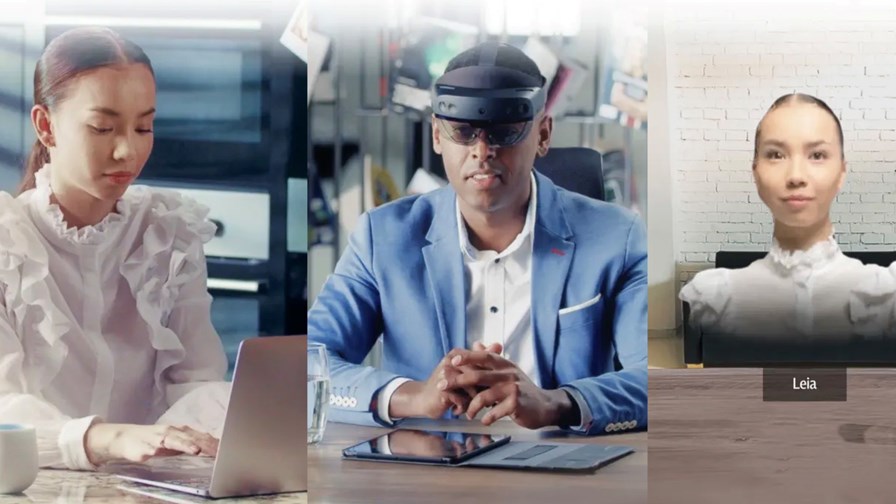 Deutsche Telekom, Orange, Telefónica and Vodafone have teamed up with holographic communications specialist Matsuko in an effort to make holographic communications as easy as a phone call by leveraging 5G connectivity and edge computing. Matsuko looks like a really interesting young company: It featured recently at a 5G startup innovation day organised by the Alaian telco alliance that was formed earlier this year by six operators, including Telefónica. Read more.

French billionaire Xavier Niel has purchased an approximate 2.5% stake in Vodafone Group through Atlas Investissement, his investment vehicle. The purchase was made as Vodafone was identified as “an attractive investment opportunity, as per the quality of its assets portfolio and the solid underlying trends in the global telecommunications sector”, the investment company explained in a statement announcing the move. Additionally, Atlas Investissement expressed support for the telco’s plans to pursue “consolidation opportunities in selected geographies” – see Vodafone still embroiled in multiple M&A discussions. The investment body added that it also backs Vodafone’s efforts to separate its infrastructure assets, reduce costs, improve profitability, accelerate broadband deployments in Germany and other markets, as well as innovate. Vodafone has been steadily looking to reduce its ownership of passive asset portfolio and recent moves include selling mobile towers in New Zealand, reducing ownership in INWIT (its tower joint venture with Telecom Italia) and the long-speculated potential sale of Vantage Towers. Meanwhile, Niel has so far been unsuccessful in his attempt to acquire Vodafone Italy for €11bn through his French telco company Iliad.

Giant US cable operator Comcast has chosen Samsung to supply 5G radio access network (RAN) technology for its cellular network rollout using Citizens Broadband Radio Service (CBRS/3.5GHz) and 600MHz spectrum. The vendor, which has already had 5G RAN product success in the US with Verizon, is to supply Comcast with radio units, baseband units, and a new RAN product, the 5G CBRS Strand Small Cell, that can be deployed on Comcast’s aerial cable lines. “Using the new compact and lightweight small cell product, cable operators like Comcast can more easily and cost effectively provide 5G cellular connectivity by leveraging their existing DOCSIS infrastructure without having to build or acquire additional cell sites,” notes Samsung in this press release. In a separate blog post, Comcast noted that it doesn’t plan to build a national 5G network, but its plans are very substantial nonetheless. “We have no plans to build out a full national wireless network, rather, where it makes sense, we plan to selectively deploy our own 5G radios in dense, high-traffic areas of the markets we serve today. Our current spectrum holdings cover roughly 80% of Comcast’s homes passed and around 50% of the US population, and those are the areas where we’ll focus,” noted Tom Nagel, senior vice president of wireless strategy at Comcast in this blog.

Still on Vodafone… The telco has urged European policymakers to adopt new measures enabling faster smart city adoption across the region. In its newly published report, Fit for the Future Cities, the operator group highlighted a need for “adequate funding” through public and private investment, alongside clear guidance on the ways cities can access such resources to fulfil their smart city plans. Another policy measure deemed by Vodafone as “urgent” is the creation of smart city task forces, which would follow best practices on sharing data, and developing frameworks for measuring the effectiveness and the impact of smart city solutions. Vodafone also insisted on making “high-quality connectivity available and affordable for all” as a way to tackle the digital divide and boost the development of smart cities. Vodafone warns that if such measures are not implemented, it could stand in the way of the European Commission goal for 100 carbon-neutral and smart cities by 2030 being achieved.

The purge of Chinese companies from the US telecoms market continues. The US Federal Communications Commission (FCC) added China Unicom’s US unit, telecoms company Pacific Network and its wholly-owned subsidiary ComNet (USA) to its list of companies with equipment and services that are deemed a national security threat. According to the authority, these companies have been found to be subject to “exploitation, influence and control” by the Chinese government. This move comes after the FCC revoked China Unicom America’s and Pacific Network’s authority to provide services in the US at the start of the year over security concerns. “Now, working with our national security partners, we are taking additional action to close the door to these companies by adding them to the FCC’s Covered List”, noted FCC chairwoman, Jessica Rosenworcel. Other companies banned by the US include Huawei, ZTE, China Mobile and China Telecom.

Is the era of reusable telco software modules, so long promised by the industry, finally becoming a reality? Industry association TM Forum reports that “Axiata, Jio and Vodafone have been confirmed as the first service providers in the world to achieve the new ‘Running on ODA’ status”, where ODA (open digital architecture) is “an industry-agreed set of reusable software building blocks for creating, managing, and securing any digital service… co-created by over 1,750 professionals from more than 350 TM Forum member companies”. Kiran Thomas, president and CEO at Jio Platforms noted: “With open components and well-defined APIs to interconnect them, ODA has allowed Jio to transform its application landscape… [to be] more modern, microservices driven and cloud native. This makes us more agile and enables us to deliver value to our customers even faster.” Read more.

It’s clearly no coincidence, then, that Thomas and his colleagues at Jio Platforms believe they can successfully persuade other network operators to adopt and deploy the telco cloud platforms developed and deployed by Jio in India because, hey, if they are built on open API-enabled industry specifications, then other operators can adopt them too. And be assured this is not a proprietary platform that locks them into Jio Platforms functions, applications and support – see Watch out, vendors! Here comes Jio’s PaPs.

The vast majority of network operators (92%) believe they have made a return on their 5G investments over the past five years, according to a survey of 170 operator executives from 93 telcos conducted by the TM Forum and commissioned by InfoVista. However, 87% of those CSP executives believe “the way that their new network assets were deployed could have been done in a more efficient and optimised way” and only 14% think they have “leveraged their investment fully”, according to InfoVista. Read more.

The secure access service edge (SASE) sector is on course to be worth more than $6bn this year, with the top-four suppliers (in alphabetical order) Broadcom/Symantec, Cisco Systems, Palo Alto Networks and Zscaler currently collectively commanding about 50% of the market, according to a new research report from the Dell’Oro Group. “Even in an environment of macro-economic angst, enterprises continued to strategically invest in SASE technologies to secure and improve connectivity for cloud-based apps and hybrid work,” noted Mauricio Sanchez, research director, network security and SASE & SD-WAN at Dell’Oro. “Both SASE’s components, SSE and SD-WAN, saw more than 30% growth, showing enterprises value SASE’s network and security transformation benefits.” Read more.

UK fibre-to-the-premises (FTTP) altnet Air Broadband has extended its reach from 250,000 premises to 1 million premises via the CityFibre wholesale fibre network (which has just passed 2 million premises across the UK). Air Broadband has already rolled out its access network in markets such as Cambridge, Derby, Gloucester, Hull, Ipswich and London, but will now be able to promote its services to potential customers in places such as Christchurch, Norwich, Swindon and York, thanks to the wholesale deal with CityFibre. Read more.