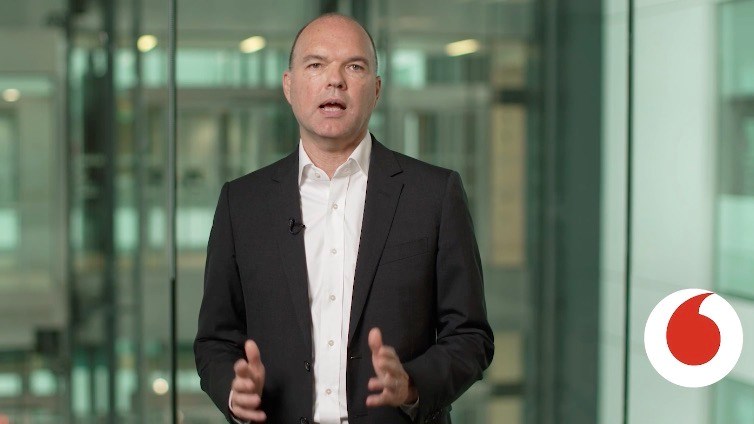 Vodafone has active M&A conversations in four of its European markets as part of ongoing efforts to revamp its asset portfolio, CEO Nick Read (pictured above) noted today as he discussed the operator’s full financial year results just a day after the operator confirmed the UAE’s e& as its single largest shareholder following a $4.4 billion share purchase.

The operator has been seeking to rejig the size and nature of its assets in multiple markets for a while but so far the only action it has been able to execute has been the spin-out and IPO of its mobile towers portfolio into Vantage Towers, in which it still currently holds a majority stake. In February, following pressure from activist investor Cevian Capital, Read provided an update on its M&A strategy that was first outlined last November. (See Vodafone plots major M&A moves in Europe, confirms CEO.)

Since then, things have not been going Vodafone’s way: It lost out to Orange in the race to strike a merger deal with MásMóvil; and in Italy it spurned a takeover offer from Iliad and Apax Partners.

But Read noted in his prepared comments today that “strengthening our market position in Europe” and the “simplification of our portfolio” were still strategic priorities, and noted during today’s earnings Q&A session that “we are in active conversations and we have many conversations taking place as we speak” in all the markets previously identified as consolidation priorities, namely Italy, Spain, Portugal and the UK, where Vodafone is reportedly in merger talks with Three UK.  (See What’s up with… Vodafone and Three, BT, Pharrowtech.)

So it wasn’t surprising that the first question during the earnings Q&A session was focused on M&A and whether Vodafone is still keen on in-market consolidation across Europe.

“I want to be in no doubt at all that the priorities we set out in November on the portfolio are absolutely at the forefront of everything that we are focused and are executing on, both the board and the management team,” noted Read, before noting that the plan is “move Vantage Towers into a co-control situation... we want to take it off balance sheet, have the right financial and capital structure moving forward for Vantage Towers to make the most of the growth opportunities in what is still a consolidating sector, and we want to be part of shaping that consolidation.”

The CEO added that Vodafone wants to raise money from its planned transactions “to strengthen our balance sheet going forward to ensure that we have more financial flexibility.” Clearly, as the refusal to engage with Iliad and Apax in Italy showed, Vodafone isn’t prepared to accept any offer put its way.

That’s the strategy that new investor e& says it supports and which is part of a broader fiscal management approach that delivered a 4% year-on-year increase in group revenues for the fiscal year to the end of March to €45.6 billion and an 11.1% increase in operating profit to €5.66 billion.

And while service revenue growth across Europe and Africa was the driver for those increases, the operator is not satisfied with how it is performing operationally in its largest single market, Germany (which generated annual revenues of €13.1 billion), where a shift to more digital engagement with its customer base did not gone well and, subsequently, a new CEO has been appointed.

And there are some challenges in the year ahead for Vodafone to face, as, along with its peers, inflationary pressures are likely to impact the disposable income of customers and stifle earnings growth. “Whilst we are not immune to the macroeconomic challenges in Europe and Africa, we are positioned well to manage them and we expect to deliver a resilient financial performance in the year ahead,” noted the CEO.

And what of the 9.8% stake that e& has taken in Vodafone?

Read said he spoke with the UAE operator’s CEO Hatem Dowidar over the weekend and noted that he “really wanted to stress the fact that this was a passive investment, supportive of the Board, management strategy in its execution, that all the things we were doing on the portfolio were the things that they believe were the right things to do. Clearly, we know them, they know us as industry players. And therefore, I really think that there is an opportunity to develop a commercial collaboration moving forward... we will explore those opportunities, and we look forward to developing a long-term relationship with them.”