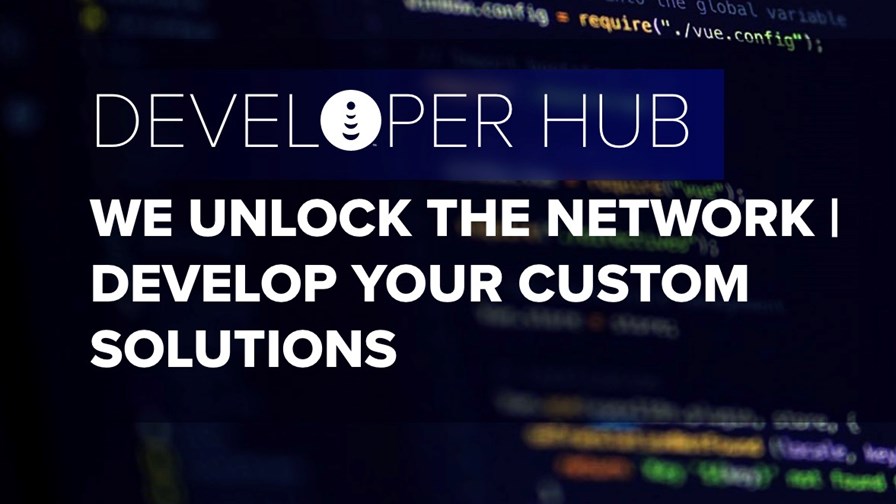 In today’s industry news roundup: Dish Wireless is trying to lure developers as it opens up API access to its 5G network; Orange pushes harder on energy-saving efforts; Dell’Oro reports on the Open RAN sector’s ongoing, but somewhat narrow, growth; and more!

Dish Wireless, which launched its Open RAN-based 5G network and services in June this year and is keen to differentiate itself in the enterprise services sector, is using sessions at AWS re:Invent in Las Vegas to demonstrate how it is exposing its 5G network to developers. This is being done via application programmable interfaces (APIs) which, the operator hopes, will encourage the creation of new applications that make the ultimate use of its network’s functionality and capabilities. Dish has launched an online hub to enable ongoing engagement with the developer community and is working with eight vendors, each of which have software that can easily be combined with the Dish APIs to create new applications for its presentations and sessions at AWS re:Invent. The eight vendors are Cisco, Confluent, IBM, Macrometa, Oracle, Palantir, Swim and Totogi. For more, see this announcement from Totogi about its involvement.

Orange has announced steps to help it reduce its power consumption until the end of March 2023, in response to the ongoing energy crisis in Europe. The telco revealed it is “already working” to optimise energy usage in Belgium, France, Luxembourg, Moldova, Poland, Romania, Slovakia and Spain, with a key focus on networks as they, together with IT operations, account for some 85% of the group’s energy requirements. The company is in the process of deploying “the latest generation of equipment, in particular 5G, which includes innovative energy-optimisation features”. In France, the telco giant has pledged to switch part of its network to battery power during peak periods, a move that would last for an hour and is not expected to affect network performance. This would reduce its spot energy usage from the grid by around 5% to 10%, saving up to 20 megawatts. Looking at past efforts in this area, Orange said that implementing “the latest free cooling technologies” at its datacentres, as part of its Green ITN programme, has reduced electricity usage by 30%. In addition, mobile network sharing agreements with other operators in markets such as Belgium, Poland and Spain, are set to bring “substantial savings in energy use for all partners”. The telco also highlighted the use of renewable energy sources for its European operations, alongside efforts to decrease energy consumption in its shops and offices. “We are determined to continue to find creative ways to improve our energy-consumption efficiency and encourage sobriety, while ensuring the resilience of our network and sites,” commented Marie-Noelle Jégo-Laveissière, Orange deputy CEO, responsible for Orange’s operational activities in Europe (outside France). Outside of Europe, Orange told TelecomTV that in Africa “a fair proportion of our mobile sites are not actually even connected to the national grid, so we have had a solar power base station programme running for several years. Where this isn’t possible, they also run on fuel”. In addition, the Green ITN programme in Africa has focused mainly on upgrading Orange’s network to 4G and 5G. At the start of this year, the telco partnered with French energy provider Engie to switch its main datacentre in Africa to solar power – see Orange switches to solar energy for its main data centre in Africa.

The value of the market for Open RAN products (radio and baseband products, but not associated professional services) once again exceeded expectations in the third quarter of this year and was almost double the value recorded in the corresponding quarter of 2021, according to research house Dell’Oro Group, (which didn’t share an actual number for its estimated market value). This trajectory has led the Dell’Oro team to upwardly revise its forecast for the Open RAN sector, which it now believes will account for between 6% and 10% of the total radio access network (RAN) equipment market in 2023. According to TelecomTV’s back-of-the-envelope calculations, that would value the Open RAN market at somewhere between $250m and $420m next year, give or take a few million either way. But the market is still currently very condensed in terms of geography and vendor suppliers. Dell’Oro estimates that North America and Asia Pacific accounted for more than 95% of the total market value during the first three quarters (nine months) of 2022, though that will come as no surprise to anyone following the market closely as the major Open RAN-based rollouts this year have continued to be in Japan (Rakuten Mobile, NTT Docomo, KDDI) and the US (Dish Wireless). In terms of the vendors, Samsung, Fujitsu, NEC and Mavenir are the top-four suppliers of Open RAN technology, with the Dell’Oro team noting that while early operator adopters are “embracing the movement towards more openness”, so far a “significant portion” of deployments have not been multivendor. That might set some alarm bells ringing amongst potential users and Open RAN supporters, as the enablement of multivendor best-of-breed deployments has been one of the selling points of the disaggregated architecture sector’s flag bearers. In many ways, 2023 is shaping up to be a crunch year for the Open RAN sector as Europe will get its own major greenfield Open RAN rollout at Germany’s 1&1 (a deployment that many in the industry are watching very closely), while various indicators point towards next year being the tipping point for multiple brownfield operators to commit (or not) to major Open RAN investments. If they don’t, the Open RAN sector could potentially fail to broaden the supplier ecosystem in a way that has long been envisaged and settle into a niche market that fails to trouble the dominance of the traditional RAN big guns. It’ll be interesting to see how the Dell’Oro team sees the Open RAN market shaping up in a year’s time.

As expected, the recent change in Italy’s government has left Telecom Italia (TIM) in limbo. The deadline for TIM’s fixed access unit, FiberCop, to be merged with its wholesale access rival Open Fiber following an agreement reached in late May has now passed without any action being taken, and now all parties are making themselves available for new discussions with the right-wing Italian government and state lender CDP (which owns a majority 60% stake in Open Fiber and a minority 10% stake in TIM) about what will happen next. CDP and Macquarie Asset Management (which owns the other 40% of Open Fiber) have expressed their “readiness to take part in the Government’s proposed working group,” while TIM has made clear its “openness to discussion in institutional venues” (which is a quite wonderful translation…) while it continues to evaluate its preferred option of at least initially carving itself into two separate companies. As previously reported, anything (or nothing) could happen now, though it’s likely that the “nothing” option would be a disaster for TIM, which desperately needs a major restructuring and to shrink its massive debt pile. Will FiberCop and Open Fiber ever get married? Might TIM be renationalised and then asset-stripped by the new government? Stay tuned…

UK telecoms regulator Ofcom has turned its attention to domestic phone and broadband companies over pricing transparency. The authority announced in a statement that it has initiated a probe to examine whether telecoms players have set out clearly enough information regarding in-contract price hikes. Ofcom’s move is driven by concerns that consumers who signed a contract between 1 March 2021 and 16 June 2022 may not have been given sufficiently clear information regarding price rises that are typically applied in March or April every year. As part of the investigation, Ofcom will collect further information “from a range of providers” to examine the steps taken to make their terms transparent and, if issues are found, it may launch separate investigations into individual companies. “As millions of people are having to deal with rising household bills, it is more important than ever that telecoms companies don’t shirk their responsibilities and keep customers fully informed about what they are signing up to. It’s vital that people are told clearly upfront about any future price rises they will face while they are in contract, and we’re investigating to check whether this happened in practice,” said Lindsey Fussell, Ofcom’s group director for networks and communications. In addition to the probe, the regulator disclosed its latest data on communications services affordability, which shows that 9.1 million UK households (representing 32% of total households) experience problems paying for their phone, broadband, pay-TV and streaming bills. This figure is more than double compared with the level of struggling customers in April 2021. Another disturbing finding shows that 17% of households are forced to cut back on other spending, such as on food and clothing, to be able to pay for such services. Ofcom also shared tips for people to save money, including an option for out-of-contract customers to reduce costs by switching providers or the deals they currently have.

Still in the UK… The government has officially launched trials of equipment supplied by Starlink, SpaceX’s constellation of low-earth orbit (LEO) satellites, which aims to connect rural areas. As part of a wider project, tests are starting with Starlink, “given the readiness and availability of its technology”, but the UK Department for Digital, Culture, Media and Sport (DCMS) is also involved in discussions with providers, such as UK satellite company OneWeb, regarding “the capability of other solutions and services” at more complex sites. The first wave of testing will aim to provide broadband that is up to 10 times faster than current connectivity capabilities at a “12th century abbey in the North Yorkshire Moors national park, a scout camping site in Snowdonia, a Lake District mountain rescue base and other remote premises”. After these trials, the government will consider whether it is viable to use satellite technology to connect “very hard to reach” premises around the UK, constituting less than 1% of all sites. These are locations such as mountainous areas or small islands, which are too difficult to upgrade via “expensive physical cables”, explained the authority. DCMS cited recent data showing that satellites are able to deliver speeds of up to 200Mbit/s, “well above” the speeds attainable via copper cables that are commonly used in remote areas nowadays. “High-speed broadband beamed to Earth from space could be the answer to the connectivity issues suffered by people in premises stuck in the digital slow lane”, said digital secretary Michelle Donelan. In addition to the satellite connectivity trials, the UK government has signed its largest contract under its £5bn Project Gigabit to deploy gigabit-capable connections across hard-to-reach areas. It awarded a £108m contract to Northern Ireland-based provider Fibrus for the connection of up to 60,000 rural premises in the English county of Cumbria. In another move, the government pledged to triple the value of vouchers it offers to homes and businesses to cover the costs of having a gigabit-capable connection. Read more.

Swisscom has launched a 5G fixed wireless access (FWA) offering for business customers. According to the Swiss telco, the service will allow enterprises without access to the internet to “integrate one or more sites very simply into the office network using 5G FWA… making even more customers ready for the fastest internet”. Friederike Hoffmann, head of connected business solutions at Swisscom, said: “5G FWA offers great potential for our business customers”. FWA is gaining traction: In a recent forecast, ABI Research expected the technology to reach 58 million subscriptions globally in 2026 – see 5G FWA Subscriptions Will Reach 58 Million by 2026.