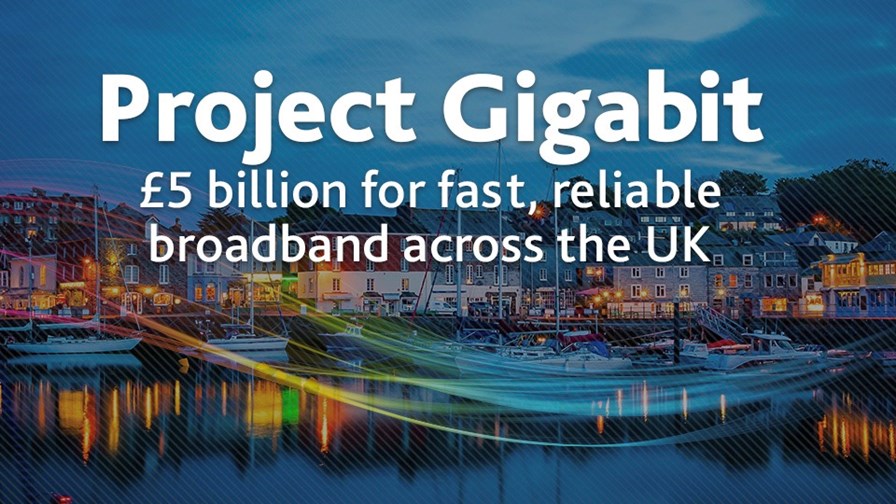 The UK government has provided an update on its Project Gigabit initiative to ensure that very high-speed fixed broadband connections are available to most people in “hard-to-reach areas” by detailing the rollout plans for 26 counties across England.

The government says an additional 1.85 million premises will have access to Gigabit broadband by 2025 as a result of the Project, which has a headline investment figure of £5 billion attached to it but for which a vast majority of the funding has not been guaranteed as previously reported.

The contracts for the state-funded fibre access network rollouts will be awarded in phases, with “almost half a million (480,000) premises in Shropshire, Norfolk, Suffolk, Worcestershire, Hampshire and the Isle of Wight will be among the first to benefit followed by counties including Derbyshire, Wiltshire, Gloucestershire, Lancashire, Surrey, Leicestershire, Warwickshire, Nottinghamshire, Hertfordshire, Staffordshire, Lincolnshire and Yorkshire.”

But the government continues to swathe the project in doubt, as it points out in the footnotes to its extensive and self-congratulatory announcement that the number of premises to be passed by Project Gigabit fibre could “change significantly leading up to commencement of the procurement process,” a clause that does not exactly inspire confidence, especially as the original target for UK gigabit broadband coverage was for every home in the nation by 2025, but that was quickly reneged by Prime Minister Boris Johnson once it became clear that such a target was not feasible (but by that time he moved the goalposts he had been elected, so the overambitious initial promise had served its purpose…)

Despite the uncertainty, news that a detailed timeline for contract awards, and the scope of the rollouts in each region, will be encouraging for the growing number of broadband network builders now active across the UK – and that number is growing all the time, as we pointed out recently. Many of the fibre broadband challengers, especially those that have a regional focus, will be hoping to get a share of the spoils as the contracts are awarded. (See The rise of the UK fibre broadband altnet.)

For the full list of network procurements and contract start dates, see this announcement from the Department for Digital, Culture, Media & Sport.