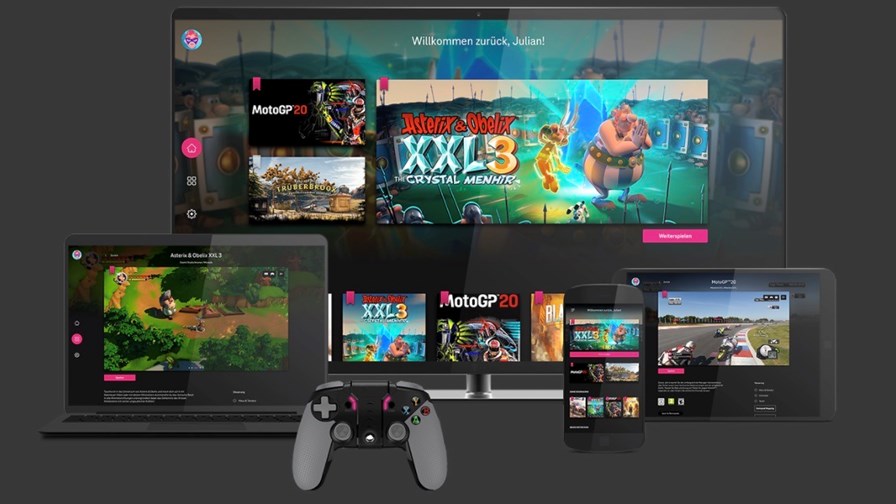 The latest telco entertainment services u-turn, an E for effort from the O-RAN Alliance and reports of some overpriced European assets sit atop today’s pile of news snippets.

Only days after Microsoft bet the house on gaming giant Activision Blizzard, Deutsche Telekom announced it is ending its foray into the cloud gaming market at the end of February. The move comes only 18 months after the German operator launched MagentaGaming with some fanfare as a full commercial service in August 2020 (it had already been in beta mode for a year). “It is with a heavy heart that we have decided to discontinue MagentaGaming from February 26th, 2022. Our thanks go to all loyal players, partners, friendly streamers and viewers who have made our cloud gaming and its community what it is today,” the operator noted in this announcement to the MagentaGaming community. And in a telling moment of self-reflection, the operator noted: “As Deutsche Telekom, we continue to believe in the growth of cloud gaming services and are still working to provide our customers with the best possible gaming experience on our network.” Or, put another way, “we’re going to stick to our core competency of building and running networks.” It’s not the first operator to come to that conclusion… (See DAZN closes in on £583 million BT Sport goal and Content is no longer king for the US telco giants.)

The O-RAN Alliance, the industry group that is developing specifications and use cases for Open RAN deployments, has published the 5th release of its open source software for the radio access network, dubbed ‘E’. “The E release further enhances the traffic steering use case, introduces basic RAN slicing feature and closed loop slice SLA assurance. With these enhanced features and the end-to-end integration of O-RAN architecture components, the E release moves the O-RAN ecosystem one step closer to commercial deployments in mobile networks around the globe,” noted the organisation in this announcement. "In addition to the continuous enhancement on the Traffic Steering use case, I am glad to see the community march in a significant way forward by starting the support of Network Slicing. For this, we are thankful to the joint efforts from all the contributors," noted Chih-Lin I, the co-chair of O-RAN Technical Steering Committee. "Equally significant, we have established two additional open labs for open source software test and integration, which will further accelerate our feature implementation and delivery activities in the future." The Alliance is also planning a briefing during MWC22 in Barcelona on 1 March at 17:15 local time on the Deutsche Telekom booth (Hall 3 Stand 3M31). As this means there will very likely be a stash of German beer on hand, the TelecomTV team plans to attend that particular session (cheese and wine might leave a nasty taste in the mouth for us Brits)...

Altice Europe has reportedly abandoned attempts to sell its Portuguese operations because no one was willing to meet the €7 billion minimum price that Patrick Drahi, the billionaire businessman who owns and runs the Altice Group, had set for the assets, reports Reuters. Despite the current attraction of communications networking assets for infrastructure investors across Europe, most potential bidders were put off by the price tag and the top offer on the table was around €6 billion. Altice acquired national operator Portugal Telecom in 2015.

Mobile networking standards body the 3GPP has provided an update on the progress it has made in its work on Release 17 (almost completed) and Release 18 for telco edge computing platforms as part of a presentation made to a GSMA Operator Platform Group (OPG) workshop that focused on the requirements of the Group’s new Operator Platform API GRoup (OPAG). The main message from the 3GPP is that “the 3GPP architecture design principles meet the expectations of GSMA OPAG, where the operator platform functionality can be either isolated from the network domain or hosted alongside the network functions referring to the Edge Enabler Layer architecture.” For further details and links to various presentations, see this 3GPP announcement.

The Special Investigating Unit (SIU) of South Africa intends to open a probe of state-owned operator Telkom for alleged corruption, maladministration and improper conduct. The investigation has been authorised by the nation’s President Cyril Ramaphosa and will focus on the company’s sale of iWayAfrica and Africa Online Mauritius in 2013, and the divestment of Multi-Links Telecommunications in 2011. The investigating body will seek to establish “any losses or prejudice suffered by Telkom or the state” due to the alleged maladministration. More about the probe can be read in SIU’s statement here. In a statement to its shareholders, Telkom addressed the claims, explaining the company follows “robust corporate governance principles and has done so in executing the Telkom strategy to consolidate its operations in South Africa.” It added: “Matters surrounding the Multi-Links Telecommunications Limited transaction have been reported on previously and certain related issues have been dealt with in various courts with different jurisdictions in South Africa.” In a separate statement to the media, it acknowledged its own investigation has flagged “possible cases of wrongdoing by two employees in one of these transactions.” Telkom explained it has issued civil summons against an employee “with an eye to recovering losses amounting to $5 million relating to activities incidental to the transaction”.

Mexican operator América Móvil has failed once again to obtain a pay-TV licence in a long-running battle to enter the market. Reuters reported the country’s Federal Telecommunications Institute (IFT) declined the operator’s application because of its dominant market position in the Mexican telecoms market. According to the report, the operator has been repeatedly thwarted in its efforts to provide pay-TV services since its privatisation in the early 1990s. IFT data suggests América Móvil holds 70% of the mobile internet services market and more than 62% of mobile phone services in the country. You can read more here.