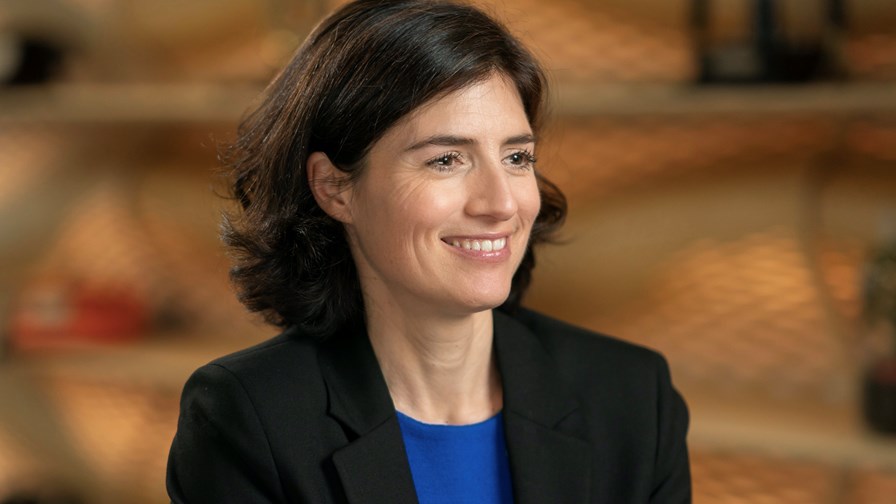 As expected, Orange has named Christel Heydemann as its new CEO, starting 4 April 2022: She will be the first female chief executive of the French national operator.

She will replace Stéphane Richard, who resigned as Chairman and CEO in November last year after being found guilty by the Paris Court of Appeal of “complicity in the misuse of public funds” for his actions at the French Finance Ministry more than 13 years ago, in what is widely referred to as the “Affaire Tapie.” (See Orange seeks new CEO, Chair as Stéphane Richard resigns.)

Richard had been due to clear his desk at the end of January, but will now stay on to hand over the CEO reins to Heydemann. Once she takes over as CEO, Richard will remain as non-executive Chairman until a new Orange Chairman is appointed (though the latest he will stay on is 19 May 2022, the date of Orange’s Annual General Meeting).

As the news of Heydemann’s appointment had been widely anticipated there was little movement in Orange’s share price following the official announcement, as it edged up by a couple of cents to €10.35, though it should be noted that the share price has bene rising through January as it became clear Heydemann was emerging as the favourite of the three shortlisted candidates, so she appears to have the backing of the operator’s investors.

Heydemann, 47, is currently Executive Vice President Europe Operations at Schneider Electric, where she has worked for more than seven years. Previously she held various roles at Alcatel and then Alcatel-Lucent (now Nokia), including Director of Human Resources and Transformation, so has past day-to-day experience of the telecoms sector in addition to her insight from her seat on the Orange board, which she has held for almost five years.

“Christel’s involvement as a Board member and her long experience at Alcatel and then Schneider Electric means she has an excellent understanding of the challenges and opportunities of the digital future and the critical role this will play in the decades ahead,” noted Stéphane Richard in the official announcement of Heydemann’s appointment. “I am certain that her vision, her pragmatism and her ability to bring out the best in every situation will be of enormous value to Orange,” he added.

“As a member of the Board for nearly five years, I have gained a solid understanding of the technological challenges and opportunities that lie before us,” noted Heydemann, “I know that these are significant, but it is equally a huge honour to be able to contribute to the development of one of the leading players in our industry and Orange will have my total commitment as we set about this task.”

The company Heydemann will run currently has more than 250 million customers across 26 countries in EMEA (Europe, Middle East and Africa) and annual revenues of more than €40 billion. Orange is due to publish its full year 2021 financials on 17 February.

She will inherit a company strategy, Engage 2025, with which Heydemann, as a board member, will be very familiar and which is already well under way. (In fact, TelecomTV just wrote about a key part of that strategy following an interview with deputy CEO Mari-Noëlle Jégo-Laveissière – see Faster fibre rollouts are key to convergence strategy success, says Orange’s deputy CEO.)

The big question is – what will Heydemann want to change? The appointment of a new CEO is usually accompanied by some form of revamp, whether at a strategic, structural or top level management team level – I can’t think of any time when a new CEO took on the role and decided not to change anything.

It seems unlikely Heydemann will rock the boat or create a corporate climate of uncertainty, but everyone that works for and with Orange will want to know what her thoughts and plans will be. The good news for all is that the Annual General Meeting takes place only six weeks after she takes the role and it would be amazing if she didn’t set minds at rest, while still stamping her authority and personality on the role and company, at that meeting. If you’re interested in what’s going on at Orange, put 19 May in your diary.