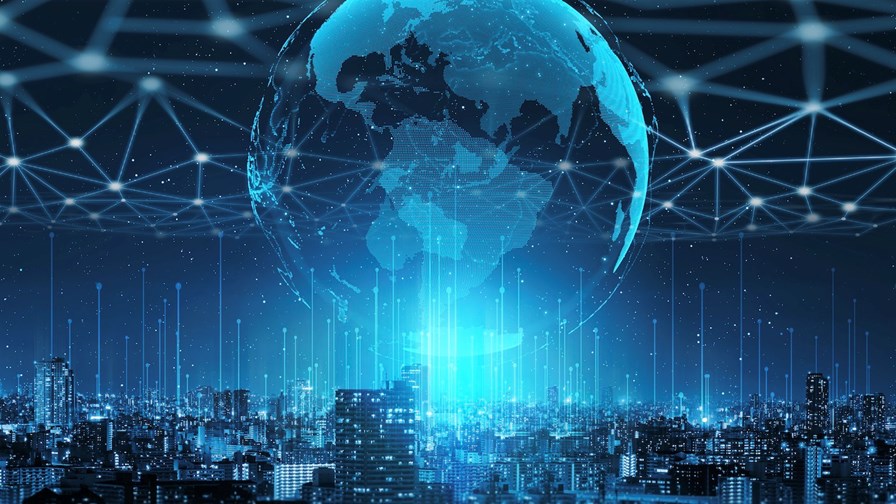 Concern is growing that proposed new Internet connection rules in South Korea (of all places!) will not only be detrimental to that nation’s so far immensely impressive digital development but would also be a very direct threat to the entire worldwide Internet itself.

A new posting by the Internet Society (ISOC), “Old Rules in New Regulations” - Why “Sender Pays” Is a Direct Threat to the Internet”, looks at mandatory rules around a particular interconnection scheme of business settlement agreements between telecom operators and Internet service providers known as ‘Sender Pays’.

These days we hear more and more about the emergence of the Splinternet as countries such as Russia, China, Saudi Arabia, Iran and others threaten to secede from the global Internet as we currently know it and build nation-specific, closed, subset versions of the Internet to maintain control of the flow of information and through that to maintain control of their own citizens and society.

However, while what is being proposed in South Korea (and could well be mirrored across the world) is not based on the coercive control of citizens via censorship and surveillance, it could nonetheless have a profound effect on the basic notion behind the Internet, which is that its strength and ubiquity comes from its makeup as a network of independent networks that interconnect to form a shared system of connectivity across all participants.

As the report says, “this model has proven its value time and time again over the last decades, and most recently during the COVID-19 pandemic. The voluntary inter-networking arrangements allows network operators to optimise their connectivity with others to meet their customers’ needs. The result has been an efficient and resilient network that is able to evolve to host new applications (like voice calls or gaming), and to deploy innovative services at a global scale. And this happens without prior contracting with everyone in the system.”

This is the long-established “Internet way of networking” but now some telcos in Europe (and elsewhere) are beginning to agitate to bring in interconnection rules similar to those proposed in South Korea. In essence, this is a re-run of a tired old argument that seemed have been discredited and settled many moons ago but is now once more rearing its ugly head.

The debate is centred around a regulated settlement model where communicating parties are charged for the traffic they exchange. The telcos like it because, as the report title makes plain, the reimposition of old rules wrapped up in a parcel of new regulations all tied up with a ribbon woven with the logos of traditional telcos would suit them down to the ground.

‘Sender pays’ is the is a voice-traffic settlement model that was used for getting on for a hundred years and some players would like it back, even though it was designed in the antediluvian pre-digital days of another epoch. It is based on the outdated notion that a ‘caller’ was charged for taking time on a circuit or ‘line’. If a ‘caller’ rang a number on a different network that operator charged for the period of the connection was in use on one network and the cost charged to them by the second (or third or fourth) network needed to complete the connection. This was the “termination fee” and was the reason why long-distance calls used to be so incredibly expensive.

In the Internet age that lucrative model is (or should be) redundant, not least because the Internet is not a circuit-based comms system and, currently, Internet interconnection is managed via a number of voluntary agreements. In the “transit” model, one network pays another to carry traffic to all parts of the Internet. With “paid peering”, one network pays another to exchange traffic between their customers. In “settlement-free peering”, one network has a payment-free agreement with another network to exchange traffic between their customers for zero monetary charge. Currently, settlement-free peering comprises 99 per cent of all Internet peering agreements.

The Internet Society is an US not-for-profit advocacy and lobbying organisation founded back in 1992. It is headquartered in Reston, Virginia, in close proximity to the power brokers and regulators of Washington DC, and has an office in Geneva, Switzerland not far from the United Nations and the International Telecommunications Union (ITU). Its mission is "to promote the open development, evolution, and use of the Internet for the benefit of all people throughout the world." It is supported by bureaus around the world and by 89,000 individual members.

The document strongly makes the point that “sender pays” interconnection framework that effectively mandates paid peering between networks – for example, between telecom networks and content providers – is in direct conflict with the autonomy of networks in the Internet model. And adds, “By prescribing a set of requirements for participating parties, it constrains the flexibility of networks to negotiate how they interconnect. This interferes with the Internet’s voluntary nature by which independent networks are free to manage their connectivity arrangements according to local needs. This results in inefficient traffic flows, higher costs of data transmission, a more hierarchical and less resilient network topology, and lower quality of services for users in the country.  That is not to say that an access or content provider cannot negotiate a traffic volume-based agreement with its content providing network neighbours. It is just to say that those negotiations should not be regulated.”

Were old settlement rules to be encapsulated in new regulations, content providers would have to agree to different arrangements under regulated conditions with many other networks across the globe before being able to exchange traffic with them. That, in and of itself, will erect a barrier to prevent effective and practically instantaneous connection to the Internet. It will fragment the Internet as we now know and use it, because end-users would only be able to access online services detailed in specific contracts signed with their ISP, CSP or telco, and those contracts will, of course be hedged-around with all sorts of conditions and caveats. The idealistic notion that all packets in a network are equal and thus to be treated neutrally that underpins the Internet will be gone forever and for the worse.

In conclusion, the report urges policymakers, such as the European Commission and the European Council and other signatories to the recent Declaration on the Future of the Internet, very carefully to consider the consequences of introducing “sender pays” rules at the behest and in the interests of telcos and “to conduct Internet impact assessments with an eye to the implications for the Internet’s networking model.”

In starker terms, the document makes the argument in a few well-chosen words: “If we stop treating the Internet as a technology-neutral, general purpose network, we’ll lose it.”

You have been warned.