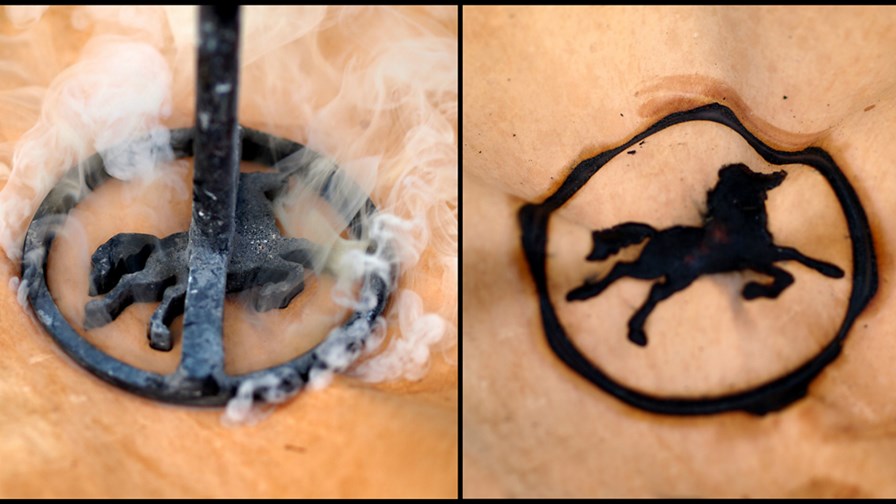 For a century and more, until the 1980's Reagan era, divestment of "Ma Bell', the de facto US national telecoms operator, shook smug and moribund monopolies around the world to their very foundations, telcos didn't have to worry or even think about brand perception and brand value. They were just there, looming over all as monolithic government-owned strategic assets infamous for resistance to change, sluggish innovation, Kafkaesque bureaucracy and dreadful customer service.

In the UK, when telecoms was in the purview of the General Post Office, it was completely normal for aspirant subscribers to have to wait for between three to five years or even more to have a phone line installed. Such "brand" attributes as the GPO possessed were a matter of derision and despair on the part of the British people. How things have changed. Certainly some privatised telcos in some parts of the world still have awful reputations but most strive to differentiate themselves in the public perception in terms of brand values.

"Brand awareness" is kept in the public eye and continually bolstered by endless marketing and advertising. Telcos are seen and heard everywhere, they are so pervasive  these days that developments in comms technologies even feature in news articles in tabloid newspapers. What's more, telcos have come out very well over the course of the Covid-19 pandemic with their brands burnished and customer affinity reinforced because they have risen to the global threat and kept broadband communications going, available and reliable, as economies crumbled and millions of people had to work from home.

It is very interesting then to take a look at the new "Telecoms 150" 2021 Report from Brand Finance, the world-spanning independent brand valuation and strategy consultancy that is headquartered in the currently almost deserted Square Mile of the City of London. The report examines and analyses the 150 most valuable telecoms brands on earth and shows that the Indian telco Jio is now both the strongest and fastest growing telecoms brand on the planet, with a Brand Strength Index (BSI) of 91.7 (of which more later).

Other headlines are that in the US Verizon is continuing to win its war of 5G and content attrition against AT&T. Verizon's brand value has increased by eight per cent over the past year and for the second year in succession retains its place as world's most valuable in telecoms worth US$68.9 billion. Meanwhile, Europe's Deutsche Telekom (DT) is now up to third place in the Brand Finance Telecoms 150 2021 on the value it has added as a result of the highly successful merger of T-Mobile and Sprint. In the Middle East, Etisalat of the UAE is the region's strongest brand while STC of Saudi Arabia is the most valuable. The report features four brands from Oceania, of which Telstra of Australia is the highest ranked in 20th place. Intriguingly, China Mobile is still the most valuable telecoms brand in Asia despite having lost 23 per cent of its brand value over 2020.

Jio: from zero to superhero in 5 years

Brand Finance says brand value is defined as the net economic benefit that a brand owner would achieve by licensing the brand in the open market while brand strength is the efficacy of a brand’s performance on intangible measures relative to its competitors. Thus it refers to the present value of earnings specifically related to brand reputation. Organisations own and control such earnings by owning trademark rights. As Brand Finance says, "All brand valuation methodologies are essentially trying to identify this, although the approach and assumptions differ." In essence though, “real” value is calculated by looking at what people really pay. Brand Finance determines brand value via a complex four-step process

In addition to measuring overall value, Brand Finance also evaluates the relative strength of brands, based on factors such as marketing investment, customer perceptions, staff satisfaction, and corporate reputation. Alongside revenue forecasts, brand strength is a crucial driver of brand value.

For those interested in how the calculation works in detail, take a look at the full Telecoms 150 2021report at https://brandirectory.com/rankings/telecoms/

One of the net results of the methodology shows that Jio has taken the sector by the scruff of the neck and shaken it as, after a few short years, (Jio was founded in 2016) it has powered ahead to the position as world’s strongest telecoms brand. It has achieved a Brand Strength Index (BSI) score of 91.7 out of 100 and an elite AAA+ brand strength rating. In less than five years Jio has become the largest mobile network operator in India and the third largest mobile network operator in the world, with almost 400 million subscribers. It is renowned for its incredibly affordable tariffs and the company became even more popular when it offered 4G to millions of users at no cost. Thus, the "Jio Effect" transformed how Indian consumers approached and used the Internet and had a marked effect on the nation's economic performance.

Jio now utterly dominates the Indian telecoms market and scores the highest in all of Brand Finance's market research metrics, including conversion, reputation, recommendation, word of mouth, innovation, customer service and value for money. Jio's competitors are not merely also-rans, they are so far down the field as to be below the horizon in comparison. Over the course of 12 months Jio has increased its brand value by 50 percent to $4.8 billion - and rising. It's nearest rival, Airtel is at position 23 in the rankings.

Meanwhile, in China, seven of the nine telecoms brands there lost value. Cumulatively they were down by 29 per cent year-on-year. The poor performance is down to a marked decline in subscriber numbers (huge numbers of work phone numbers have been cancelled) and a series of massive floods that destroyed homes, businesses and telecoms infrastructure across vast swathes of the huge country. In a single quarter (Q1 2020) China Mobile saw subscribers numbers fall by four million while China Unicom lost 7.5 million - big numbers that dented values that have yet to recover.

However, despite recording a 23 per cent drop in brand value to $37.6 billion, China Mobile retained its place as the region’s most valuable brand, followed by China Telecom, whose brand value was down by 34 per cent to $13.3 billion. China Unicom also fared badly. Its brand value fell by 15 per cent to stand at $7.9 billion. Although they continue to figure in the Brand Finance Telecoms 2021 Top 20, China’s three premier telco brands suffered greater brand value losses than all other competitive Chinese telcos put together.

In the Middle East, Etisalat, headquartered in Abu Dhabi, strengthened its position by responding quickly, strongly and flexibly to the pandemic by ensuring business continuity, maintaining e-governance systems and services and enabling remote learning; efforts that were greatly appreciated by its subscribers. Etisalat is now the strongest telecoms brand in the region with a BSI score of 87.4 out of 100 and a corresponding AAA brand strength rating. It is the only brand in the Middle East to achieve such a rating and the kudos will help the telco further its ambitions to become a global telecoms player.

Meanwhile, STC of Saudi Arabia is the most valuable brand in the region and saw it that value increase by a further 14 per cent to $9.2 billion on the back of doubling the capacity of its network, digital transformation, doubling down on its already excellent customer service and moving into the neighbouring markets of Bahrain and Kuwait.

Things haven't been so good in South America. Vivo, Telefonica's subsidiary in Brazil, might be the leading wireless and wireline brand in the country but the pandemic has wreaked havoc in Brazil and Vivo's brand value has plummeted by 31 per cent in less than a year. It is now worth $1.5 billion and falling. Meanwhile, and also in Brazil, the brand value of Oi, (the telco came close to bankruptcy in 2016 and it has been loss-making ever since) collapsed by 35 per cent to stand at a mere $425 million. Over in Chile, VTR's brand value is down by 31 per cent to just $260 million while, in Argentina, the operator Personal lost 53 per cent of its brand value and is now worth $253 million.