Fragility to agility: Tecnotree turns itself around 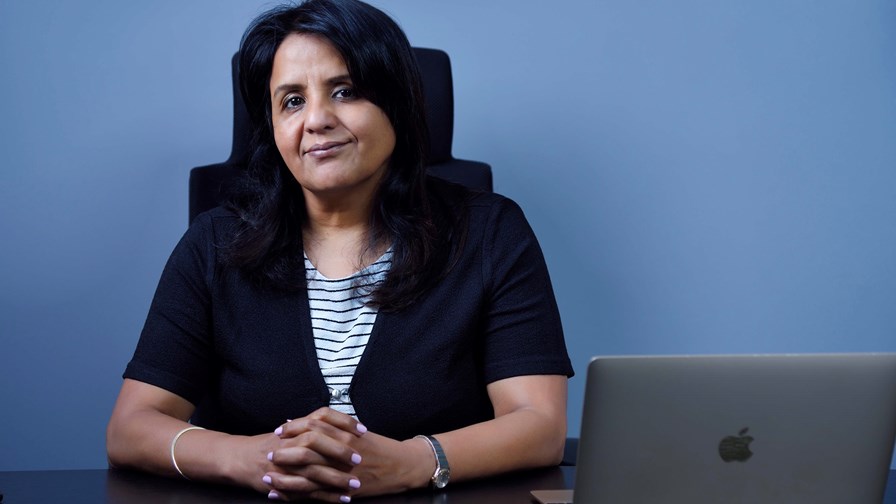 Finnish business support systems (BSS) outfit Tecnotree is an interesting company, not least because of its recovery from a near-death experience. Seemingly in terminal decline and only a hairsbreadth from bankruptcy, the company has been resuscitated and nursed back to robust health and profitability by CEO Padma Ravichander (pictured above), her management team and the Board of Directors.

Without their efforts, a company little more than 40 years old would now be in the corporate graveyard. Back in 1978, in Espoo, there among the mighty larches and plucky little aspens so movingly commemorated by Monty Python, a BSS company called Tecnomen was founded. The company provided carrier-grade messaging and charging systems to telcos. For many years Tecnomen washed its face and did quite well at a time when BSS and OSS systems were little-regarded. In those days, such telco IT systems were necessary but decidedly unsexy back-office functions, hidden away, Cinderella-like, behind the scenes in dingy offices. Rarely, if ever, did they appear centre stage to attract the limelight: In darkness they were bound.

Tecnomen was rather like the sector it served, solid but stolid, steady but semi-invisible, not given to being flashy or making waves. Very Finnish, in fact. Eventually, according to a market filing, Tecnomen "decided to investigate the option of liquidising its assets from the real estate Tecnomen owns," and in 2008, it was acquired by Lifetree of India for US$46 million.

For a couple of years it was known as Tecnomen Lifetree and then in 2010 was rebranded as Tecnotree and performed relatively well until, by 2016, according to its annual company report, it found itself in a "critical situation" where "the liquidity and cash position [was] challenging due to financial obligations resulting from historical activities."

That's when Ravichander, who at the time was Tecnotree's Executive Vice President MEA & APAC but who had previous experience at Dell, HP and Oracle, was invited to take the helm as interim CEO, and she has been running the company ever since.

I spoke by phone to Ravichander in her Dubai office and asked what precipitated the crisis that brought the company so close to collapse. She said Tecnotree had made a major commitment to investing in corporate opex and had "aggressive growth plans," central to which was a strategy to partner with strategic clients in the development of new products.

However, at the last minute, several of those clients decided not to go through with the partnerships, just as other expected orders failed to materialise and the opex spend continued to grow. It was a recipe for disaster. "We were overconfident, found ourselves in very difficult and troubled times and close to bankruptcy," admitted Ravichander.

A turnaround/transformation plan was devised, which involved the simplification of the many dysfunctional complexities that had become inherent to Tecnotree's operations over the years, whilst bringing opex spending under stringent control. To effect the turnaround meant the company "had to keep going if at all possible" and it was fortunate enough be able to do so thanks to combination of customer and staff trust and loyalty, and the backing of shareholders.

In mid-June 2018, Viking Acquisitions Corporation withdrew the bankruptcy filing it was pursuing against Tecnotree and thereafter, as the annual report states, "we clearly demonstrated our resilience and ability to make massive turn-around of our results… the company’s long term viability, was further endorsed by the capital infusion that we received from Fitzroy Investments Limited during H2. This further strengthened our overall financial situation and the new investors believe in the company’s overall turn-around and growth strategy. The investment by Fitzroy also enhanced the confidence of our major customers and that has reflected in order volumes."

Ravichander told TelecomTV, "We owe the success of our transformation journey to the customers who have stood by us and trusted us, employees who have been relentlessly supportive and positive and shareholders and investors who have demonstrated their confidence and backed us by injecting capital."

And those customers are still in evidence: Tecnotree, which offers a full stack of BSS tools to telcos and other digital service providers, works with more than 90 service providers in 70 countries and has operations in many regions, including Europe (it is still headquartered in Finalnd), the Asia Pacific, the Middle East, Africa and Latin America.

Accelerating out of trouble

Following the recovery of the business, the resurgent Tecnomen's strategy is to be agile and to help customers to simplify the complexity of digital transformation whilst accelerating it, says the CEO. This is evidenced by the introduction in 2019 of its successful open source "Surge" product that allows CSPs to fast-track phased digital transformation by bridging extant legacy services in an existing environment to ensure uninterrupted business continuity whilst growing revenue.

It's an instructive turnaround story and Tecnotree has now built itself into a strong position after almost going to the wall: In 2019 it grew its revenues by 12% year-on-year to €47 million and reported a net profit of €7.7 million. And at the end of the first quarter this year it had an order book of €35.5million, more than 50% better than a year earlier.

However, the world is convulsed by the effects of Covid-19, the global pandemic that has brought economic growth to a standstill and which is tipping the world into an unprecedented recession even as protectionism and trade wars intensify, so I asked Ravichander if she's worried about the possible adverse effects these factors might have on her company.

"This is the new normal and we are all of us in it together," she says. "We will have to do the best we can to weather the storm and build for the future. Change is now inevitable but the big question is, will that change be gradual and partial or total and immediate? Tecnotree is an accelerator company and our business is continuing to grow despite the pandemic even as we help others through it."

She added, "Basically, I see the emergence of four new types of players for this changed world. First, there are the opportunists, who find themselves in a position to accelerate growth and capitalise in sectors such as telemedicine and healthcare. Secondly, there are those nimble and perceptive enough to take advantage of, and adapt to, market changes and very quickly attune themselves to changed circumstances and take advantage of them -- I'd put a company like Zoom in this bracket.

"Thirdly, there are sectors comprising huge companies in technologies such as aviation and automotive that are in real danger of becoming zombies. They will need government help and bailout packages to stay alive. Fourthly, and finally, there are properly dead companies, or those that to all intents and purposes look dead, such as fashion and design. That's the new world we face."

She added, "Thankfully, Tecnotree is now strong and resilient and we intend to be there long-term to help our customers to innovate and prosper." Presumably whilst her company continues to do exactly the same.