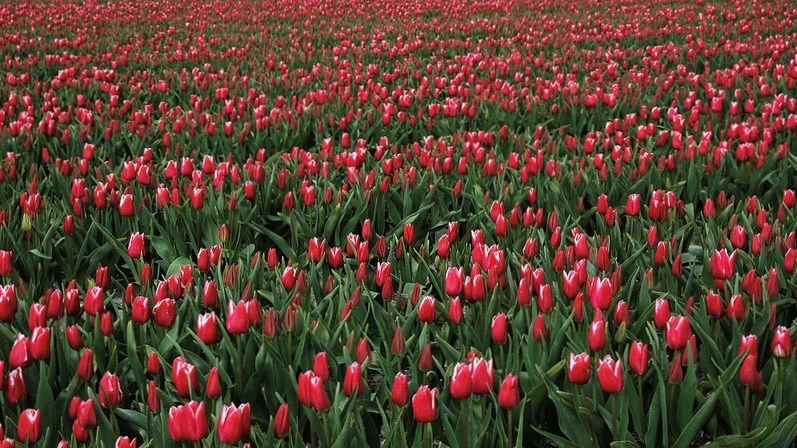 When a mysterious European tech project is code-named 'Operation Tulip', most people would expect it to have something to do with the Netherlands - and it does. In two years of negotiation with a local municipality over the construction of a massive 200MW data centre in the province of Flevoland in the central Netherlands, the principal behind the proposal remained completely hidden. Now, though, the curtain of secrecy has finally been lifted to reveal that the blowhard but curiously reticent wizard behind it is none other than Facebook.

With the gargantuan company finally outed, outrage is growing. It seems the deal is largely done and dusted and a monstrous “hyper scale” data centre, the biggest in the country, will be built on what is designated in the plan as “Tractor Field 4” (how very “1984”) which is incredibly fertile, poldered, agricultural land in Zeewolde, one of the newest and most idyllic places in the Netherlands.

Zeewolde is very new indeed. The Netherlands continues to reclaim land from the seabed, lakebeds, flood plains and marshes via the system of “poldering” and the first people (and they actually were called “pioneers”) moved to Zeewolde in 1979 when there was neither electricity nor a fresh water supply. The Netherlands has an extremely high population-density but Flevoland remains sparsely peopled and even today Zeewolde is home to just 25,000 people.

I have to declare an interest here. For five very enjoyable and happy years I lived and worked in the Netherlands and I have the greatest regard and affection for the country and the people. What’s more, I have been to Flevoland and know what it is like, and can appreciate the effect a monstrous data centre, which is said by the US BuzzFeed News website (that originally broke the story) to be almost half the size of New York City’s Central Park -- and that covers 341 hectares (843 acres) -- would have on the area.

Facebook’s proposal would see 166 hectares (410 acres) of prime reclaimed agricultural land concreted-over and five huge “data halls” built to house enough servers to burn their way to the centre of the earth. The impact on the people, the place and the ecosystem would be immense, especially given that Flevoland is deeply committed to sustainability and green policies.

It was only after the worthy town burgers had voted 11 to 8 to re-designate the land as no longer for agricultural use, and immediately before the final vote, that they, and local residents alike, discovered, from a Facebook press release, no less, that Zuckeberg’s Meta plaything would be the new tenant that had been hidden behind its “Operation Tulip” mask.

That Facebook resorted to such tactics says a lot about its contempt for local governments (indeed, all governments and regulators) and its determination to push them into making big concessions by threatening to withdraw from a deal that is all but signed but was engineered from the ouset as an alter ego organisation to pull the wool over people’s eyes and avoid public scrutiny, criticism and opposition. In fact, public reaction to the plan has been so hostile that the Dutch Senate has demanded the government chops “Operation Tulip” off at ground level and puts a stop on the project for as long as it takes for a national data centre policy to be drafted, debated and enacted.

The Netherlands already has more than 200 data centres, but none anywhere near as big as the Zeewolle one would be

It seems that at both national and municipal level, authorities were keen and quick to accommodate another Big Tech company in the Netherlands (there are already more than 200 data centres in the country) but were worried that the country’s young population, committed to environmental issues, would kick up an almighty fuss. Hardly strange then that “Operation Tulip”, which was first mooted in 2019, continued the be discussed sub rosa (if you’ll forgive the botanical pun) given that the datacentre, if built, will drain away all the green and renewable energy, which is Zeewolle’s “reden van bestaan” (reason of existence), just to power some of the tentacles of Facebook’s social networking platforms.

Facebook has used its enormous clout to put pressure of the Dutch authorities and threatened to move the development to another country if it doesn’t get its way. For example, Meta demanded that the Netherland’s government designate the datacentre as a “project of national importance” which would have made it easy and quick to buy-up all the land Facebook thinks it might require.

It also pressured the Ministry of Economic Affairs and Climate Policy to “persuade” TenneT, the sole independent administrator of the national high-voltage grid and the only transmission system operator in the Netherlands, to prioritise the building of a substation to power the new datacentre even though to do so would have serious knock-on effect to the Dutch national grid. In the end Facebook lost on one count (it didn’t get “project of national importance” status) but did win on the second (it did get the sub-station).

Facebook is also making much of the employment the datacentre will bring to a predominantly agricultural area and says the municipality will get €2 million a year in taxes. However, history shows that the benefits accruing to a local population from locating a datacentre anywhere at all are usually minimal and marginal. Opponents of the bloated scheme say it is just too big for a small town. Local elections will take place in March and the results will be interesting.

It is instructive but unsurprising to note that Facebook executives, negotiating under the guise of “Operation Tulip” employees, used only their first names on calls and in other communications with the Dutch to avoid their ultimate employer being identifiable. And Zuckerberg still says he id committed to transparency.