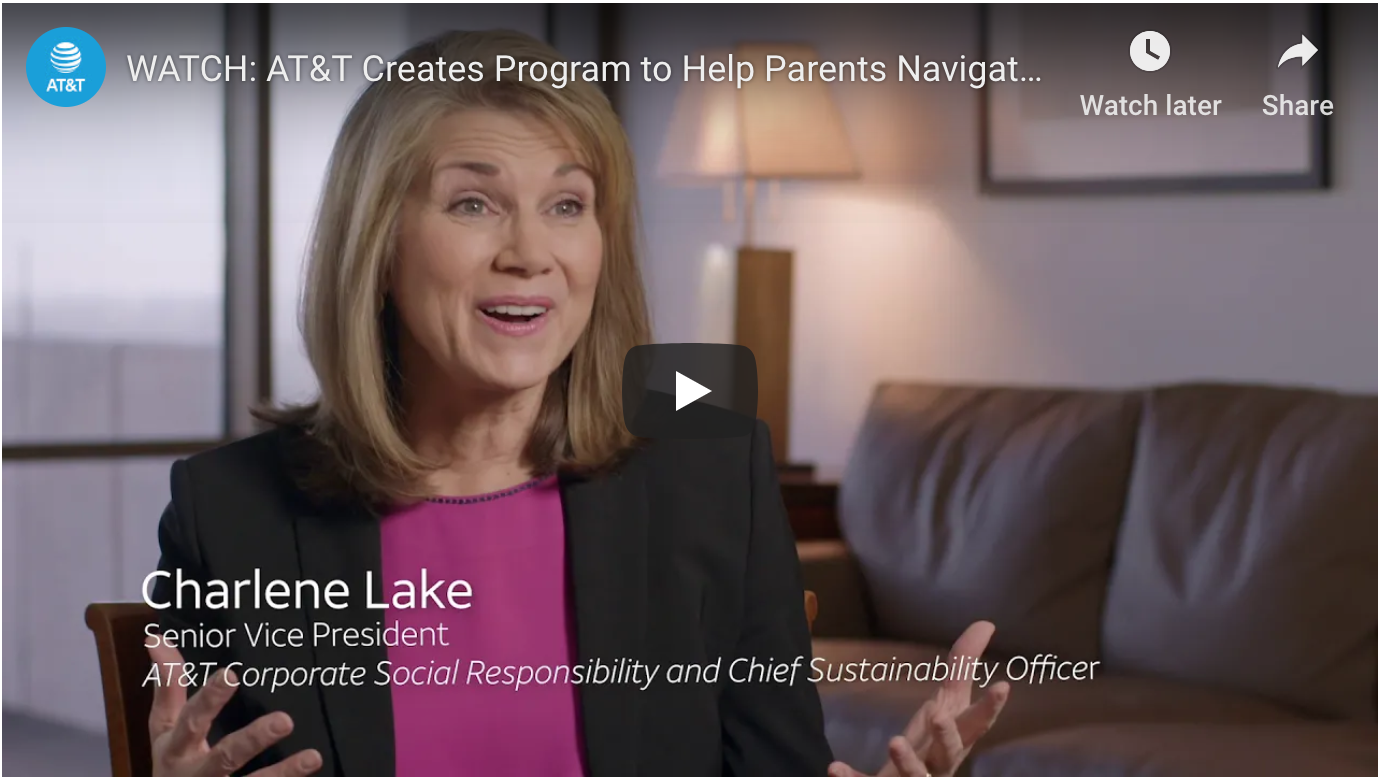 84% of NYC Kids Ages 3-7 Have their Own Internet Connected Device;

2/3 of Teens Have Engaged in Risky Behaviors Online

NEW YORK, NY— AT&T* today launched a first of its kind online safety pilot program in greater New York City after a new study found children and teens are spending more time than ever online and on their mobile devices – and engaging in risky behaviors without their parents’ knowledge. This program called ScreenReady℠, is an extension of AT&T Believes℠, a larger company-wide initiative, which aims to create positive change in local communities.

John Donovan, CEO of AT&T Communications was joined by New York City Council Speaker Corey Johnson, YMCA of Greater New York President & CEO Sharon Greenberger, and partners at the McBurney YMCA to unveil the poll findings and discuss concerns surrounding online safety and its impact on our families and communities.

The survey1, commissioned by AT&T, polled New York City teens, parents of teens and millennial parents of younger children to gauge how children are consuming media on mobile devices – and what their parents understand of their behaviors. It found 84% of children ages 3-7 and 96% of those 8-12 now have to their own internet connected devices (a phone, tablet, computer, or gaming system), representing a sharp increase since 2017. 2

It also found that, 98% of teens have a device and 85% say they spend at least 3 hours a day online. And, although 80% of millennial parents are concerned that their children are spending too much time on a device, nearly 3/4 admit to giving them an internet device to keep them occupied while they focus on other tasks.

The data shows that 2/3 of teens surveyed say they have engaged in at least one risky behavior online.

Given this alarming data, any guidance from their parents about how to behave online seems to be having little impact.

Other findings indicate there are significant differences between what parents think their kids are doing online – be it on their phones, tablets, computers, or gaming platforms – and the reality that their children experience. For more key insights and poll results, click here.

In response to these poll findings, beginning today, parents can bring their phones and tablets to company-owned AT&T stores in the New York metro area – regardless of their wireless carrier – to take advantage of a new program called ScreenReady℠.

ScreenReady will provide consumers with two services at no charge. First, AT&T’s retail-based device experts will provide hands-on guidance within the parental controls and content filter settings on the consumer’s phone and tablet. These settings, which are built into the operating systems of many devices already, can be hard to understand and navigate. Second, parents and caregivers will be able to access customized tips, created in collaboration with Common Sense Media, to fit their family’s online safety needs on a newly created AT&T mobile website, accessible in stores on free-to-use display tablets.

“Parents and caregivers visit our stores every day and the issue of online safety is a real concern for them, especially as their children grow up to become digital natives,” said Marissa Shorenstein, president Northern Region, AT&T. “This survey is a wake-up call that we have a lot more work to do. I’m proud that AT&T has created a program that provides the tools and resources to help navigate this new and ever changing online world - starting right here in New York.”

“This initiative is unique because it was designed in part by our retail employees. We blended their consumer insights with research from online safety experts to develop a solution for families seeking guidance about their children’s device usage,” said Charlene Lake, SVP Corporate Social Responsibility, AT&T. “Our employees care about this issue. While this is a new public service from AT&T, it’s a natural fit for our retail employees who are already seen as device experts in their homes and communities.”

While ScreenReady, will debut in New York, it has the potential to expand to other markets across the country and creates a groundbreaking new model for delivering in-store education and support that can address a family’s unique online safety needs. By next spring, ScreenReady will expand to all Greater New York City YMCA locations, alongside continued programming for parents, educators, and teens.

Additional tips and tools are also available for parents and guardians on AT&T’s Digital You® website.

Today’s announcement represents the next step in AT&T’s charge to keep kids safe online. Over the past several years, AT&T has worked with the Tyler Clementi Foundation to help combat cyberbullying. In June 2017, they unveiled a student-led film, There’s a Soul Behind that Screen.

To further its efforts, AT&T will also expand its Upstander ambassador peer-to-peer training program to public schools across New York City in 2019. The AT&T & Siena Upstander program – which AT&T launched with Siena College Research Institute last year – brings trained Siena College students into high schools to teach students, educators, and administrators about online safety through peer-to-peer conversations, role playing exercises and workshops. The program’s goal is to empower students to stand up to negative online behavior, combat cyberbullying and become Upstander ambassadors within their schools and communities. The first Upstander program in New York City will take place today at Capital Prep Harlem Charter School, and starting this spring, Siena College students will train students at CUNY’s Hunter College to conduct the Upstander program in schools throughout the five boroughs.

In parallel with this NY effort, AT&T’s Later Haters program aims to promote positive dialogue in social media, while its’ Great Game campaign promotes kindness and good sportsmanship  within the online gaming world.

“I love social media and know that it can be a powerful tool for good in this world. But I’m not naive to the fact that some people take advantage of social media, and use its openness to harass and bully people – or worse. That is completely unacceptable, and we must urge everyone – young and old – to tweet and post with kindness,” said New York City Council Speaker Corey Johnson. “I applaud AT&T for taking charge and using its platform to foster cyberbullying prevention.”

“The YMCA’s top priority is keeping kids safe, in our classrooms, our programs, our gyms, and our camps,” said Sharon Greenberger, president & CEO, YMCA of Greater New York. “We are thrilled to join with AT&T to help parents keep kids safe online, both inside and outside the walls of the Y. Working together, we will all build stronger families and stronger communities across New York City.”

“It is the Tyler Clementi Foundation’s great privilege to once again collaborate with AT&T on gaining relevant data as to the understanding of how youth and parents are using or misusing the digital world, said Jane Clementi, co-founder, Tyler Clementi Foundation. “We welcome new and innovative resources like ScreenReady to help keep youth safe online, and we are grateful for companies like AT&T who take their corporate responsibilities in this world seriously.”

“Common Sense has collaborated with AT&T over the years on a number of consumer education campaigns, and we are delighted to partner with them on ScreenReady," said Jill Murphy, vice president and editor in chief, Common Sense Media.  “The new in-store online safety pilot program in New York represents an important and first of its kind resource for parents who are seeking information on how to raise their children as responsible digital citizens, and really underscores our mutual commitment to the digital well-being of kids and families.”

“The percentage of children – especially young children – that now have their own tablet or smartphone is staggering,” said Nicholas Carlisle, president, No Bully. “The question we face as a society is no longer whether we should give our children a device but how can we ensure that they are safe and successful in a digital world.  No Bully is proud to partner with AT&T in this endeavor.”

1_AT&T and the bullying prevention non-profits No Bully and the Tyler Clementi Foundation completed a survey of 500 New York City teens, 500 parents of teens and 500 millennial parents of younger children from August 31 through October 1, 2018.  For additional information, see_ AT&T’s Report on Developing Safe and Successful Mobile Device and Online Media Habits