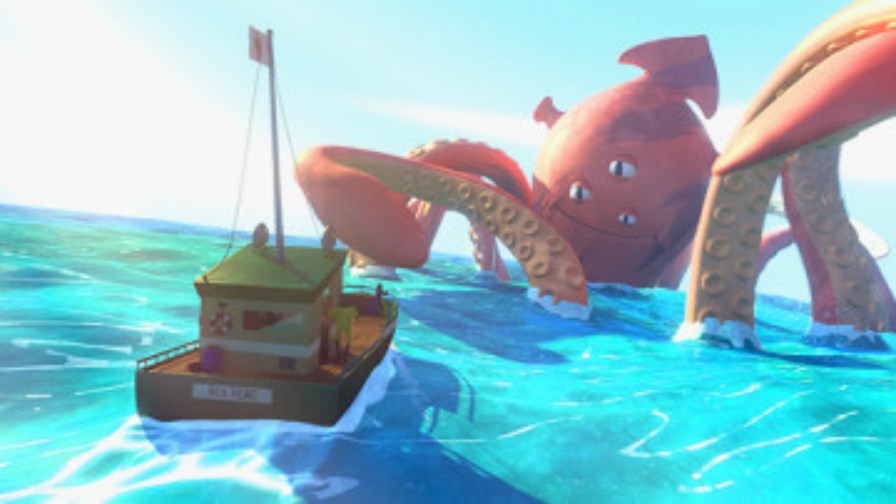 It’s not been a good year for practitioners of online data collection. There’s been the notorious Cambridge Analytica scandal of course - an episode that has left Facebook so bruised and dazed that it insists on churning out endless blogs and debates with titles such as “Hard Questions: The Line Between Hate and Debate”,  or “Where Do We Draw The Line on Free Expression?” all to show that it accepts now that it’s been a very naughty boy and is thinking deeply about its responsibilities.

There’s Europe’s introduction of the GDPA (General Data Protection Regulation) which, if nothing else, has trained a spotlight on the issues of online security and data privacy.

Add to these big ones an endless procession  of security breaches, suicide site outrages, internet addictions and so on and you get the distinct impression that the Internet and its frivolous ways is in the dock.

There must be positive story about data collection somewhere out there?

And here it is.

The first  findings from a collaborative project led by Deutsche Telekom, using the mobile game ‘Sea Hero Quest’, has just been published.

The project  has yielded a trove of big data and provided some interesting discoveries on the way to its main task of  establishing benchmarks in human navigation abilities in order to help dementia research.

In the game, people play as a sea explorer completing a series of wayfinding tasks. The data shows that people in Nordic countries, North America, Australia, and New Zealand have the best spatial navigational abilities.

It also found that men performed better than women, but that the gender gap narrowed in countries with greater gender equality (just as well).

There’s more to be gained from Sea Hero Quest and probably other games could be designed to throw light on further areas of human endeavor (or the lack of it).

Read about the study in detail below

The research team has so far collected data from over 4 million people worldwide who have played the specially-designed mobile game. In the game, people play as a sea explorer completing a series of wayfinding tasks. The data collected by Sea Hero Quest is stored in a secure T-Systems server in Germany and all analysis by the UCL / UEA team is conducted on entirely anonymous data.

Sea Hero Quest has been developed to aid understanding into spatial navigation, a key indicator in Alzheimer’s dementia. For the current study, researchers assessed data from over half a million people in 57 countries and restricted the data to those who had provided their age, gender and nationality, and were from countries with at least 500 participants.

With so many people taking part, the team were able to reveal that spatial navigation ability across all countries declines steadily across adulthood.

However, a country’s Gross Domestic Product (GDP) also had a significant bearing, with Nordic countries among the highest performing along with those in North America, Australia and New Zealand.

“We’ve found that the environment you live in has an impact on your spatial navigation abilities,” said the study’s lead author, Dr Hugo Spiers. “We’re continuing to analyse the data and hope to gain a better understanding of why people in some countries perform better than others.”

While age most strongly correlated with navigational performance, researchers also found that country wealth, as measured by GDP (gross domestic product), correlated with performance. The researchers say this relationship may be due to associations with education standards, health and ability to travel. They focused on GDP for this analysis as it was a standard metric available for every country, but they will follow up with further comparisons of other factors.

Comparing the country-level results to the World Economic Forum’s Gender Gap Index, the researchers found a correlation between country-wide gender inequality and a larger male advantage in spatial navigation ability. The gender gap in game performance was also smaller in countries with greater economic wealth.

“Our findings suggest that sex differences in cognitive abilities are not fixed, but instead are influenced by cultural environments, such as the role of women in society,” said study co-author Dr Antoine Coutrot, who completed the research at UCL before moving to the French National Centre for Scientific Research (CNRS). Gender equality has previously been found to eliminate differences in maths performance in school. The current study is the first to connect gender inequality to a more specific cognitive measure.

The researchers say that, in the future, an adapted version of the game, first launched by Deutsche Telekom in 2016, may be used as a screening tool for an early warning sign of dementia, as well as a means to monitor disease progress and as an outcome measure for clinical trials.

“Standard current tests for dementia don’t effectively tap into the primary initial symptom of being disoriented in space, so we are trying to find an easy way of measuring that, efficiently validated by crowd-sourcing our data,” said Dr Spiers.

“It’s promising to see that the effect of nationality is relatively small, as it suggests that the game could be used as a relatively universal test for spatial navigation abilities,” said co-lead author Professor Michael Hornberger (The University of East Anglia).

From September 2018, Deutsche Telekom will be providing access to this unprecedented data set in order to aid future discoveries, not only in dementia but across the wider field of Neuroscience research. Access will be granted via a bespoke, secure web portal, allowing cloud based analysis of the data. It is facilitated by T-Systems.

“We are excited to announce that we will be making this unique data set accessible to researchers across the world to continue to support studies of this kind.” said Deutsche Telekom Chief Brand Officer, Hans-Christian Schwingen. “Sea Hero Quest demonstrates the power of mobile technology in helping to collect important data at scale, advancing research into some of the most pressing healthcare issues of our time.”

The study was conducted by researchers at University College London, The University of East Anglia, McGill University, Bournemouth University, ETH Zurich and Northumbria University and funded by Alzheimer’s Research UK.