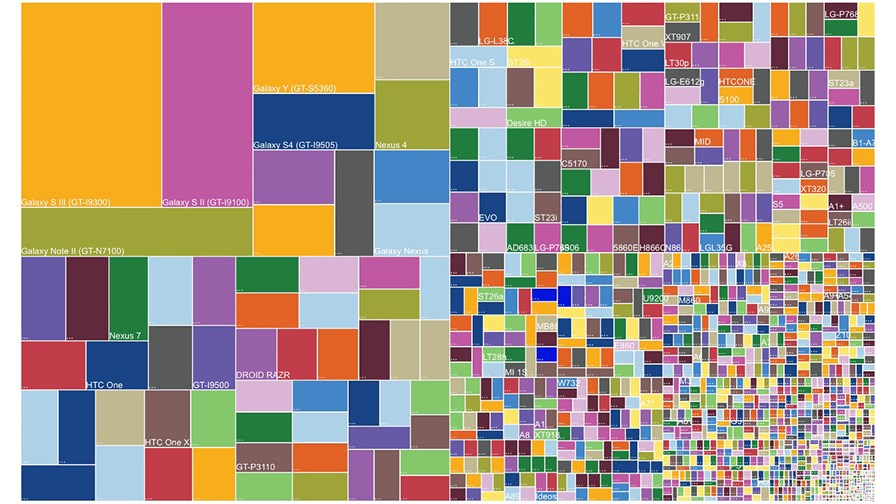 The latest smartphone sales data from Kantar Worldpanel ComTech, for the quarter leading up to April 2014, suggests increased handset fragmentation across the European smartphone market, as global brands face competition from smaller manufacturers.

“Across Europe there is an accelerating trend of fragmentation in the handset market as smaller brands gain real traction,” said Dominic Sunnebo, strategic insight director at Kantar Worldpanel ComTech. “Established brands like Motorola and Sony are showing resurgence and newcomers to the European market such as Huawei and Wiko are challenging the established names.”

Huawei saw the number of smartphones it sold increase by 123 per cent in the five major European markets (UK, Germany, France, Italy and Spain) over the past year. It now holds 3 per cent share, securing a 5 per cent holding in both the German and Spanish markets. Wiko also saw triple digit growth across Europe with its Cink phones and now holds an 8 per cent share in its home market of France and is pushing ahead with expansion to other European countries, including the UK.

“Increasingly across Europe and the US we are seeing separation of tariffs and handsets, mirroring the dynamic seen in other parts of the world,” said Sunnebo. “Consumers are starting to realise the true cost of handsets, and as a result they are shopping around to find cheaper alternatives. This shift in behaviour plays directly into the hands of lesser known brands like Huawei and Wiko, who are able to offer competitive technologies for a fraction of the price.”

OS shares across Europe have stabilised with Android holding its position as the number one operating system in Europe, with a 72.4 per cent share of the market. Apple’s iOS follows with 17.5 per cent, while Windows is third with 8.4 per cent.

Fragmentation is both a strength and weakness of the Android ecosystem. On the plus side, the vast number of Android devices (and their average lower cost) means there is greater global reach than iOS and hence a larger audience for developers, as well as more choice for consumers. But on the negative side, the huge array of shapes and sizes means it is very difficult – and costly – for developers to support the whole Android market, and so consumers ultimately lose out.

Open Signal has some excellent graphics on its website that illustrate this problem. Its device map is incredible, as is its screen size map – really bringing home the degree of fragmentation out there.

The firm saw 11,868 distinct devices download its app in the past few months; in last year’s report it was 3,997. Android fragmentation, of all varieties, is increasing. Whilst it is easy to conclude that this must be a bad thing, this is not necessarily the case. Surely customer choice is more important than creating a homogenised marketplace?