Phone Industry in Europe Confronts Prospect of Decline of a Quarter or More, Says IDC 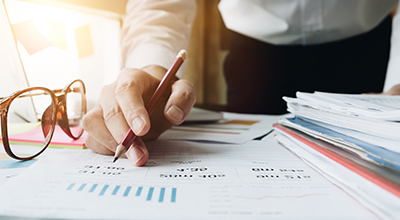 LONDON, April 15, 2020 — IDC is forecasting that the European smartphone market will likely fall in value by more than a quarter this year in the aftermath of widespread national lockdowns to combat the spread of coronavirus. Under IDC's current forecast, in a worst-case scenario the value drop could be close to a half.

This will be the sharpest reversal the phone industry has ever seen across Europe in the 20 years IDC has been monitoring it — a far deeper drop in market value than seen across the region in the 2008 financial crisis, when European phone market value fell by 6.3% in 2008 and 13.1% in 2009 in dollar terms. Europe's GDP contracted more than 4% in 2009, according to Eurostat.

Simon Baker, program director for devices at IDC EMEA, said: "In addition to the increasing number of economic forecasts that the drop in GDP in major European countries could be double that seen in 2008, if lockdowns need to continue towards the summer we have to take into account other factors in the current situation. Much of phone retail is shut, while for the rapidly growing numbers of newly unemployed their priority this year will be just getting by."

"In Europe the biggest impact will clearly be in countries such as Italy and Spain, the places hardest hit by the crisis, but under our probable scenario we are expecting nearly all European markets to drop by around a fifth," said Marta Pinto, program manager at IDC EMEA.

In the first quarter the initial result of the coronavirus crisis was disruption to phone supply. "These supply issues are now generally over," said Pinto, "but markets now face a completely new situation in collapsing demand."

One aspect of the crisis across Europe has been the drop in currencies outside the eurozone, including several in Eastern Europe. The fall in demand for oil has precipitated another price crash, which has pushed the Russian ruble down by a quarter and produced a big reversal in the Norwegian krone. In many markets, Russia among them, the value of the phone market drops in line with adverse changes in the exchange rate, and IDC believes this will be another significant factor in the contraction of the European market this year."