Developers rule in the age of Kubernetes, Containers, and Cloud 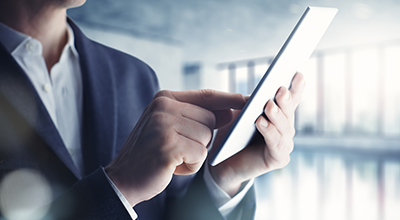 Developers Wield Enormous Influence in the Age of Kubernetes, Containers, and Cloud, According to a New IDC Study

FRAMINGHAM, Mass., August 20, 2019 – An International Data Corporation (IDC) special report on developers, DevOps professionals, IT decision makers, and line of business executives found that developers have significant autonomy with respect to the selection of developer tools and technologies. In addition, developers exercise influence over enterprise purchasing decisions and should be viewed as key stakeholders in IT purchasing and procurement within any organization undergoing a movement to cloud accompanied by an internal digital transformation.

"The autonomy and influence enjoyed by developers today is illustrative of the changing role of developers in enterprise IT in an era of rapidly intensifying digital transformation," said Arnal Dayaratna, research director, Software Development at IDC. "Developers are increasingly regarded as visionaries and architects of digital transformation as opposed to executors of a pre-defined plan delivered by centralized IT leadership."

The study, based on a global survey of 2,500 developers, also found that the contemporary landscape of software development languages and frameworks remains highly fragmented, which creates a range of challenges for developer teams as well as potentially significant implications for the long-term support of applications built today. Given this environment, the languages that are likely to continue gaining traction among developers are those that support a variety of use cases and deployment environments, such as Python and Java, or exhibit specializations that differentiate them from other languages, as exemplified by JavaScript, along with readily available skills as staffing needs expand.

Other key findings from IDC's PaaSView survey include the following:

"Developer interest in DevOps reflects a broader interest in transparency and collaboration that illustrates the trend in software development to not only use open source technologies, but also to integrate open source practices into software development," said Al Gillen, group vice president, Software Development and Open Source at IDC. "Developers prioritize decentralized collaboration and code contributions as well as transparent documentation of the reasoning for code-related decisions."

The IDC report, PaaSView and the Developer 2019: Executive Summary (IDC #US45301419), presents key findings from a survey of 2,500 developers from around the world. Importantly, the survey's findings reflect the diversity of contemporary development by including data scientists, data analysts, business analysts, infrastructure-centric developers, mobile developers and low-code and no-code developers alongside application developers, within its purview. The study offers insights into the state of contemporary development today, including developer influence, development languages and frameworks, DevOps, developer responsibilities, emerging technologies, cloud, microservices, containers, container orchestration frameworks, functions as a service, development methodologies, and the developer experience.