Openreach would love to provide the UK with more FTTP, but only under “the right conditions” 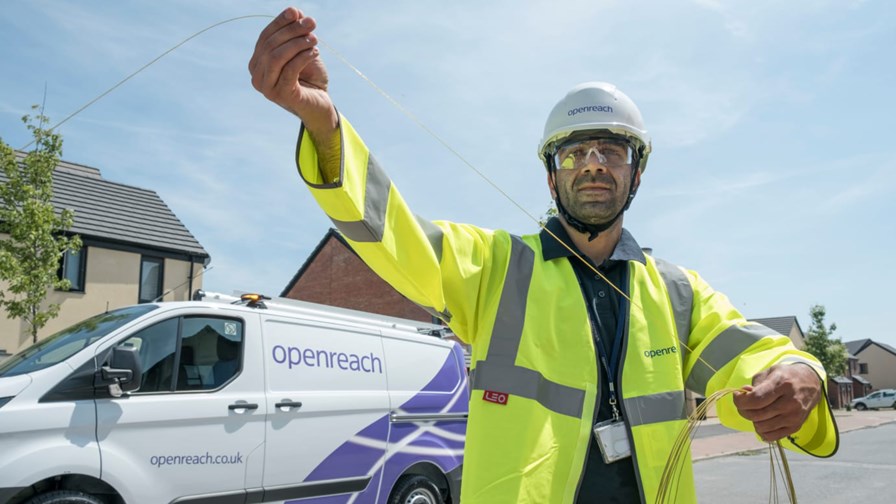 BT’s Openreach company appears to be shifting its strategy in its never-ending fight with UK regulators, politicians and the telco’s 580 rival service providers. It has dialled down its previous intransigent approach (basically a “take your hands off us or else there’ll be hell to pay”) and instead gone with the PR-friendly “hearts and minds” strategy.

This week, Openreach “seeks support to future-proof Digital Britain”, calling for greater industry and political collaboration to build a large-scale “full fibre” broadband network (aka FTTP) which would help secure the future competitiveness of the UK and strengthen its position as the leading digital economy in the G20. It’s actually a move that was first suggested a couple of months ago.

The business has launched a consultation with the aforementioned 580 service providers and promises that it is engaging further with government and the regulator Ofcom, to identify whether there’s widespread demand for a large-scale FTTP network, capable of delivering “more reliable service” and Gigabit speeds. One suspects the answer will be “yes” followed by “now get on with it”. Especially when you consider that it is now almost ten years since Openreach started its FTTP trial in Kesgrave, Suffolk, with the first trialists connected in Christmas 2007.

Openreach is looking for the following FTTP enablers:

Openreach believes that “with the right conditions” it could make FTTP available to as many as 10 million homes and businesses by the mid-2020s – but only if there is sufficient demand to justify the roll-out, as well as (and here comes the kicker) support for the enablers needed to build a viable business case. “That includes removing barriers to investment and incentivising those, like Openreach, who are prepared to take a commercial risk,” added Selley.

Openreach hasn’t placed a figure on what “sufficient” actually means. However, it says that it is already working towards a goal of making speeds of more than 100Mbit/s available to 12 million homes and businesses by the end of 2020, using a mixture of technologies that include G.fast, and which will no doubt be limited to closely-packed communities and apartment blocks. Note that the government’s pledge in its laughably-called “manifesto” for the last election set a target of 10 million premises connected by FTTP. Openreach, BT and some of its major rival communications providers (such as Virgin) should get close to that figure regardless of the outcome of this week’s consultation, but will probably fall a couple of million short of the 10 million FTTP target.

“Full fibre broadband is faster, more reliable and simpler to maintain, and it has the potential power the UK’s economic success for a century,” conceded Selley, “but it also requires a Victorian-scale vision, commitment and investment. The engineering, commercial and operational challenges are significant, but I believe that greater collaboration across the industry will help us to overcome them and build more FTTP infrastructure.”

Bottom line appears to be: Brexit presents us with a great opportunity to leverage the political need for the UK to show independent economic dominance, and maybe, just maybe, the government will now be more responsive to our demands. Meanwhile, if you would like to respond to or comment on Openreach’s consultation, you have until the end of September.