One in seven British households are paying too much for broadband 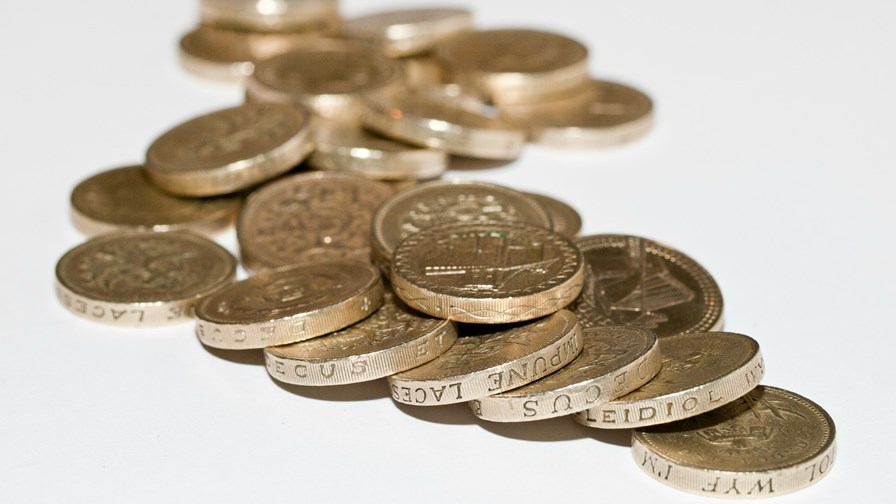 New research from the UK telecoms and media regulator Ofcom shows that one in seven British families are paying considerably more for their broadband access than they need to and could easily and quickly switch to faster services at lower cost.

Remarkably though 50 per cent of affected households seem not to care that they are paying over the odds for a slower service. It looks as though disinterest and apathy wins out with the "can't be arsed" brigade who remain content to suffer slower speeds at higher cost rather than going to the fuss and bother of churning away to a less expensive service from a rival ISP.

Britain's retail banking sector, composed mainly of cosy club of uncompetitive rip-off merchants who provide minimal service at maximum cost whilst facing almost no significant competition, have long relied on the inertia and unwillingness of customers to get involved in the tedious bureaucracy of switching their accounts to another, better banking service and ISPs are equally happy to do the same.

But now, in an effort to encourage refuseniks to take an interest in and do something about their their often self-imposed exploitation, Ofcom has launched a new campaign, "Boost Your Broadband" which is designed to raise consumer awareness that there are cheaper, faster broadband alternatives out there.

The regulator is also launching a website that consumers can visit to see the various broadband alternatives that are available in any given part of the UK  as well as "independent advice" on how to find the best deals. At first sight the approach seems barely dissimilar from the plethora of Internet and broadband comparison sites that already exist but it is to be hoped that Ofcom's advice will be different because it will be completely independent. Many existing comparison sites are anything but.

The cost of loyalty: Prices rise by 19 per cent when a contract expires

Ofcom is also extending its oversight to compel ISPs and mobile operators to provide all customers, new or long-established, with complete details of their best, cheapest most advantageous services when customer contracts expire and also to provide an annual update, including the same details and alternatives, to every customer who remains with a service provider after they are out of contract.

In the UK, consumers who stay loyal to an ISP are cynically and consistently price-gouged and prevented from taking advantage of the special low-cost deals that are used to lure new punters into the ISP's carefully spun webs of obfuscation and the endless pages of (literally) unreadable"terms and conditions" that are used to box them in. The Ofcom research shows that after an introductory offer that include landline and broadband elements expire, the price rises by at least 19 per cent. Ofcom is also investigating why some subscribers pay more than others for exactly the the same services.

Ofcom's CEO, Sharon White commented, "We're concerned that many loyal broadband customers aren't getting the best deal they could. So we're reviewing broadband pricing practices and ensuring customers get clear, accurate information from their provider about the best deals they offer."

And not before time. the uSwitch comparison site has already undertaken research which reveals that 35 per cent of households in locations where the services from the most prominent ISP are dismally slow, could switch to faster competitors, but don't. It's partly apathy and partly because many subscribers are wary of churning to another service because of the media and anecdotal horror stories they have heard about the fiendish complexity and confusion attendant to making a move to another broadband supplier. It seems to be a case of "better the devil you know than the devil you don't."

Most UK ISPs (but by no means all) have signed-up to the Broadband Speeds Code of Practice but it is a voluntary code and thus not legally enforceable by the regulator. Under this Code, ISPs have committed to providing to customers (in writing) information on their estimated speeds range at the beginning of a service contract and to allow customers to get out of contracts without penalty if they receive speeds significantly below the original estimate. However, complaints about the time and effort it can take to exit a bad contract without paying through the nose for the privilege are rife and the stuff of legend.

The Code also requires ISPs to explain clearly and simply how technical factors may slow down broadband speeds and provide help and advice on what a subscriber can do themselves to improve the situation. These include gems such as "talking to your ISP" and "performing a speed test".  Perhaps they could add, "switch your modem on and off again" or "take two aspirin and call me again tomorrow".

Finally the Code says that service providers must have "robust processes in place to ensure that customers' speed-related problems are dealt with swiftly and effectively" Hear that? It's the sound of hollow laughter.

Ofcom says it is reviewing the various clauses in the Code and is "making some improvements." There's no hurry though, the changes will apply only to new contracts taken out on or after March 1, 2019. After all, wouldn't want any unseemly haste, would we?

The best thing Ofcom could do is to relentlessly police the voluntary code that has far too much wriggle-room written into it, and once sufficient evidence is adduced showing that service providers can and do regularly drive a coach and horses through the hedges of verbiage surrounding their commitments to their customers, bring in regulations to force them to toe the line.