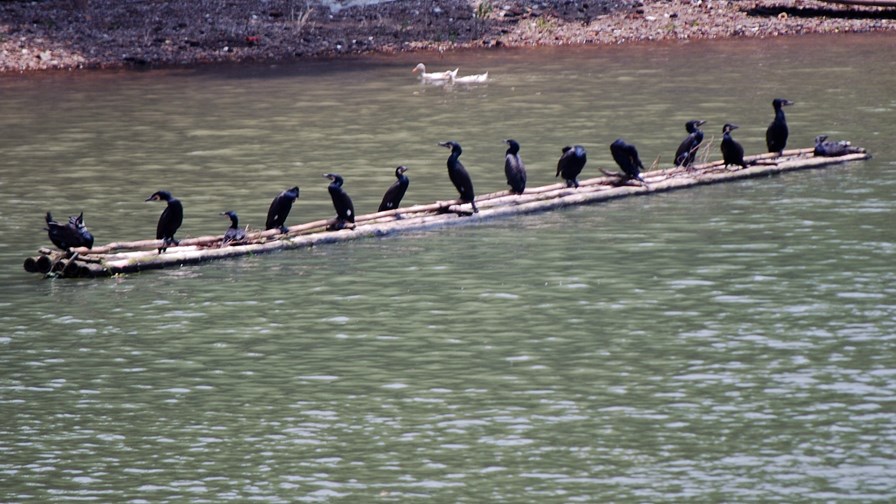 It looks increasingly likely that autonomous vehicles won’t be introduced on a B2C sort of basis, like a conventional new ‘product’ class, but on a smart city basis. In other words, it’s not about getting motorists to buy, it’s about getting cities to provide (or orchestrate the provision of) the necessary smart infrastructure to make autonomous vehicles viable and safe. This is no chicken and egg thing…  the infrastructure probably has to come first, cars later.

So on that basis Analysts Canalys have been putting together their ‘Autonomous Vehicle Analysis’ service show which four cities lead the way when it comes to being ready for autonomous vehicles.

It’s selected San Francisco, which it says is out in front, followed by Shanghai, Singapore and London. These are the cities that, due to their size and populations, have some of the most complex transport networks in the world and therefore have a pressing need for autonomous vehicles to revolutionize their transport systems. For one reason or another they also have the wherewithal to make it happen. .

Canalys’ has been scoring cities based on a set of specific criteria drawn from public sources and Canalys’ own data and estimates. 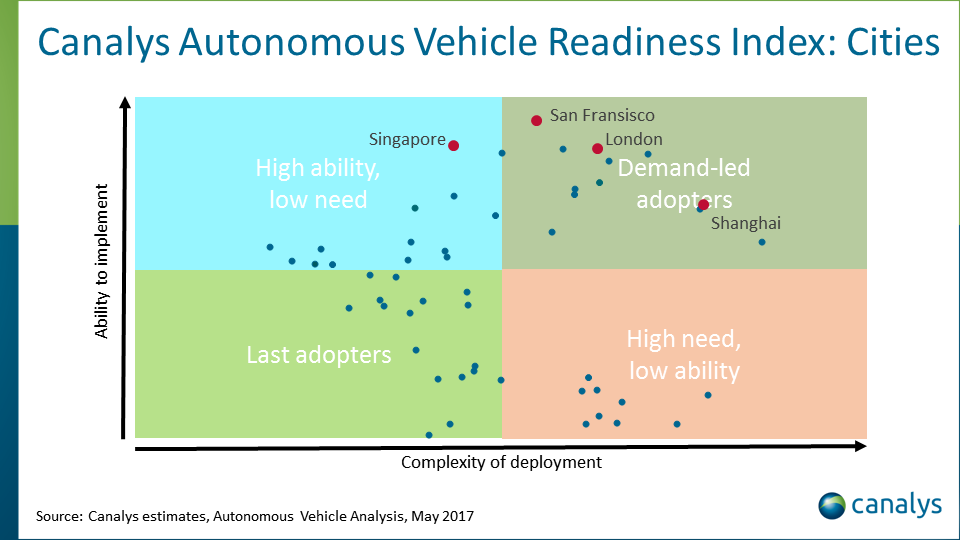 “Large populations play an important part in the AVRI assessment criteria, which is partly why Shanghai rates so highly. Shanghai’s rapid population growth has negatively affected its public transport infrastructure, which in turn has increased the number of vehicles registered. Such growth has meant the city has struggled to keep up with its green initiatives too. These factors combine with the fact that Shanghai has significant future strategy ventures and major smart city projects to move it toward the top of the index.” The Shanghai International Automobile City (SIAC) is on the outskirts of the city – the first and biggest automotive technology R&D zone in China. Other factors that propel it toward the top of the index are its propensity to use ride-sharing and the fact that it is a hub for technology and automotive OEMs.

Joe Kempton, Autonomous Vehicle Analyst at Canalys, said, “In Singapore, the population is small but growing fast and extremely high density. There is government pressure to keep car ownership in check. It has a world-class public transport system and, thanks to its small size and short average commuting times, taxi and ride-sharing demand is high. Singapore has instigated multiple smart city initiatives, including using the One-North business park as a testing zone for a range of urban digital experiments. This focus on specific technology projects has helped AV testing thrive.”

As for London, though vehicle ownership in central London is low, in the metropolitan area it is far higher. This makes commuting difficult for many Londoners, who must deal with major traffic issues. Because of both this and the bustling and overcrowded public transport network, there has been a large increase in ride- and car-sharing services. Kempton said, “Several companies have been undertaking AV testing, and London has been involved in several key smart city initiatives, such as setting up a Smart London Innovation Network and using £200 million (US$260 million) to demonstrate smart city approaches by 2018, which boost its place in the Canalys rankings."