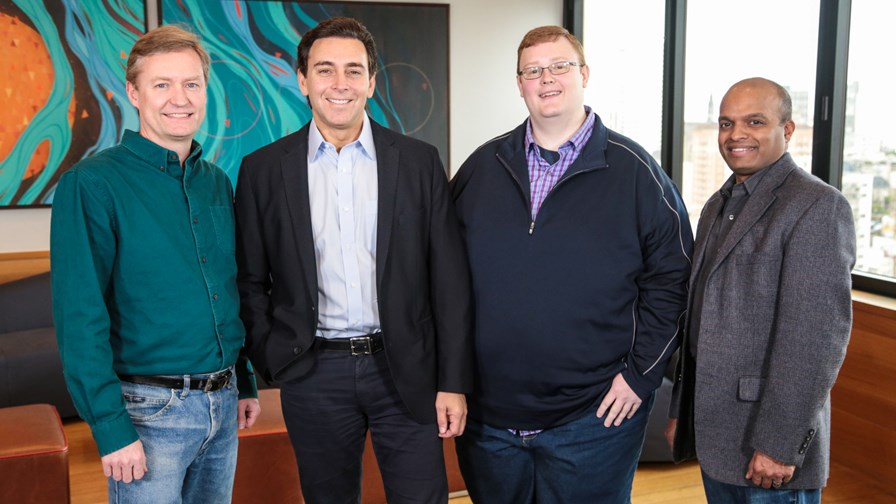 When one of the world’s largest and most influential car manufacturers announces a $1 billion investment in autonomous vehicles and pledges to get a car on the road by 2021, then you know that this is no speculative technology push, but the future of the entire industry. A century of established manufacturing and design principles is being disrupted by advances in wireless communications, AI and alternative power.

Ford Motor Company has announced it is investing $1 billion during the next five years in Argo AI, an artificial intelligence company, to develop a virtual driver system for the Ford’s autonomous vehicle coming in 2021 – and for potential license to other companies. Argo AI was founded by former Google and Uber executives and is assembling a team of roboticists and engineers working in autonomy from inside and outside of Ford. CEO Bryan Salesky was the leader of Google’s self-driving car team and COO Peter Rander was doing a similar job over at Uber, and both graduated from the Carnegie Mellon National Robotics Engineering Center.

“The next decade will be defined by the automation of the automobile, and autonomous vehicles will have as significant an impact on society as Ford’s moving assembly line did 100 years ago,” said Mark Fields, CEO and President of Ford. “As Ford expands to be an auto and a mobility company, we believe that investing in Argo AI will create significant value for our shareholders by strengthening Ford’s leadership in bringing self-driving vehicles to market in the near term and by creating technology that could be licensed to others in the future.”

Ford’s existing team that is working on its virtual driver system will be combined with the robotics team from Argo AI. The goal is to deliver the virtual driver system for Ford’s SAE level 4 self-driving vehicles. These levels of autonomy are defined by the Society of Automotive Engineers (SAE International) – there are six in total, with level 4 being defined as “high automation” where the automated driving system covers “all aspects of the dynamic driving task, even if a human driver does not respond appropriately to a request to intervene”.

The next level, 5, is actually the final level (the scale starts at 0, somewhat confusingly) as is defined as “full automation” and effectively renders the human driver role redundant. There is expected to be quite a gap between levels 4 and 5, not least a regulatory and policy one.

With Argo AI now focusing on the robotics and the driver system software platform, Ford will focus on the actual hardware platform, as well as on systems integration, manufacturing, exterior and interior design, and regulatory policy management. The idea is that Argo AI’s agility and Ford’s scale will combine the benefits of a technology start-up with the experience and discipline of an industry-leading global car manufacturer.

A third existing element, Ford Smart Mobility, which join the initiative to lead on the commercialisation strategy for Ford’s self-driving vehicles. This includes choices for using autonomous vehicles to move goods and people, such as ride sharing, ride hailing or package delivery fleets.

“Working together with Argo AI gives Ford a distinct competitive advantage at the intersection of the automotive and technology industries,” said Raj Nair, EVP Global Product Development and CTO at Ford. “This open collaboration is unlike any other partnership – allowing us to benefit from combining the speed of a start-up with Ford’s strengths in scaling technology, systems integration and vehicle design.”

“We are at an inflection point in using artificial intelligence in a wide range of applications, and the successful deployment of self-driving cars will fundamentally change how people and goods move,” said Salesky, Argo AI’s CEO. “We are energised by Ford’s commitment and vision for the future of mobility, and we believe this partnership will enable self-driving cars to be commercialised and deployed at scale to extend affordable mobility to all.”

Autonomy for the people

Don’t underestimate the importance of this announcement and Ford’s commitment to autonomous vehicles. When TelecomTV spoke to Ford’s former CTO a couple of years ago, he reminded us that it’s one thing for luxury car manufacturers to offer advanced driving aids, such as lane detection and hands-free parallel parking, as expensive optional extras, it’s a far more difficult matter to make that technology standard in low-cost mass-production models. For someone already paying upwards of $50,000 for a new car, a few extra thousand dollars for some clever level 1 or level 2 technology is neither here nor there. But if your budget is just $10,000 to $15,000, then no way will you be able to afford the same expensive technology. The likes of Ford have to significantly reduce the costs and make it part of the standard package.

That’s no easy job, but the rewards for success will be great. Consumers already have an appetite for driver assist functions, which bodes well for advanced autonomy, and freight hauliers are already testing driverless trucks. Add in the disruption to taxi services through ride-sharing services which will evolve into driverless vehicles and you have a potentially lucrative new industry emerging.

There has been much speculation recently that this new industry wouldn’t need the expertise and skillset of today’s automotive industry – with electric motors the whole floorplan changes, which means new body designs and new component supply chains, then add the new AI, big data and connectivity skills required and you have to question what’s left from the old industry? It’s not so very different from how the smartphone totally disrupted the mobile phone industry, with new companies creating new ecosystems and supply chains that rendered the established industry redundant.

You would hope that the car industry is well aware of this, and won’t be caught sleeping like Nokia once was. They must also realise (though few will admit it) that it’s the smartphone that is the centre of our mobility, not the car. It’s the smartphone that is inexorably linked to our contacts, preferences and habits. We’ve said this before on TelecomTV, but the future car is really nothing more than a smartphone accessory – albeit a rather expense one. And to be honest, we probably won’t be buying so many cars in the future, but will hail and share on-demand.

But whoever makes and assembles these new vehicles will have to have expertise in software, hardware and systems integration. The likes of Apple and Google can rightly question whether or not the margins exist to become such companies, or if they are better placed to focus on the brains and intelligence that will create the virtual driver platforms, and leave the actual vehicles to others. After all, Apple is a $700 billion company and Ford is a $50 billion company by market capitalisation. Apple may be second-guessing its plans as it pours over its financial projections, but for the likes of Ford there is no long-term alternative.