5G - How to make sure you’re on the winning team 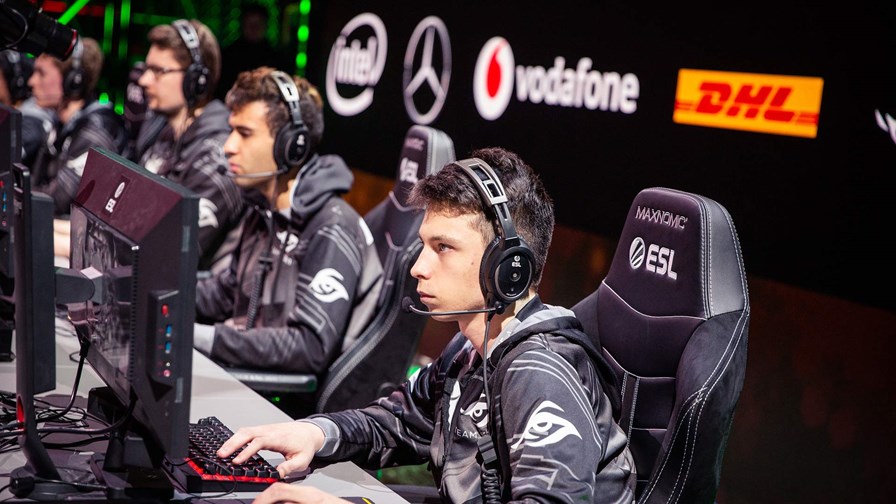 Esports is already a $1.1 billion industry, and while it is only a small part of the $137.9 billion global gaming industry, it is growing more than twice as fast. The most successful esports competitors make millions annually, and the prize money keeps going up. This year esports will generate more than quarter of a billion dollars in media rights and over a million in ticket sales and merchandise. In 2018, the esports audience worldwide topped 380 million, which Newzoo predicts will grow to 596 million in 2022, while almost 200 million compete at various levels, which is expected to rise to 276 million by 2022.

For some perspective, 2018 was a record year for the 121-year old movie industry, with global box-office takings reaching $41.7 billion, up 2.7% on the previous year.

ESL, the world’s biggest esports company, released figures about the first seven months of 2019 and said in a statement: “average minute audience (+90%), hours watched (+190%) and video views (+55%) have all heavily increased as a result of fans tuning into ESL One, Intel Extreme Masters and ESL Pro League tournaments, shattering the numbers recorded in 2018”.

Its CEO, Ralf Reichert, said when the figures were released, “We will continue to go that extra mile for a world where everybody can be somebody, creating a path for everybody to participate in these tournaments to build memorable moments for players, fans, partners.”

With so much at stake, professional gamers take competing as seriously as Formula 1 drivers, and like them, need to be perfectly in synch with their machines. Unfortunately, less than perfect network connections often get in the way, and the biggest frustration is the lag in response caused by latency. Remedy is at hand: 5G should reduce 4G’s average latency of 10 milliseconds by close to 1ms.

To underline the point, Vodafone UK chose Lewis Hamilton, the Formula 1 World Champion, to switch on its 5G network in early July. As well as being “someone synonymous with speed”, he is also a tech fan, gaming enthusiast and global roamer.

The World Champion admitted, “I play a lot of Call of Duty…I’m always dying because of the latency”. Having trialled 5G before it went live, he experienced speeds of up to 600Mbps, which Hamilton said “really makes a difference when you are playing”.

Latency will also be a challenge for online multi-player games. To minimize poor experience lag causes, game content typically has to be downloaded. As 5G reduces latency, a whole world of new options opens up, such as for services like cloud gaming.

5G has a role to play here too, as many network operators and communication service providers (CoSPs) will deploy it initially to improve mobile broadband, but also to provide ‘fibre-like’ fixed wireless broadband to rural areas that previously had poor or no internet connectivity, so gaming, and being part of the gaming community, will be an option for more and more people.

Industry observers are expecting big steps in live esports and game streaming between 2022 and 2025, when 5G technologies like network slicing and edge computing, which are still being standardised, will enable more capabilities for esports and live game streaming. This progression echoes that of music and video, the overwhelming majority of which is now streamed rather downloaded onto a device.

Being able to stream will mean games can be consumed at any place and any time, on the device of the user’s choosing – laptop, console, tablet or phone, and even move between them. This is why the Cisco Visual Networking Index, Forecasts and Trends, 2017-2022, predicts internet gaming traffic will increase by a factor of nine between 2017 and 2022.

In combination with a number of other technological advances, 5G is also likely to change gaming profoundly over the next decade. A report by Ovum states, “5G will benefit from a perfect storm expected around 2023–25, when hardware and network capabilities will help realise VR [virtual reality] experiences that are close to reality”.

It continues, “Human-scale 210-degree horizontal field of vision, six degrees of freedom for movement, high pixel-density display/projection resolution, miniature battery size, and highly responsive interaction are some of the elements that are required to reach this inflection point.”

Other technologies that are likely, eventually, to have an impact on esports and gaming include 3D halographics – Vodafone has already demonstrated 3G hologram phones calls in the UK and Portugal across 5G this year – and haptic suits, which enable the wearer to touch and feel things that are physically remote.

Just how well such suits can work ­– and how they could eventually add a completely new dimension to esports in conjunction with 5G – was demonstrated at the Vodafone UK 5G launch. International rugby star and Wasps club player Juan de Jongh, wearing a Tesla haptic suit, staggered across the stage from the impact of a tackle made by his teammate who was more than 100 miles away.

We have seen how technology and innovative thinking have transformed other sectors such as Netflix in entertainment and DAZN is changing how we watch traditional sports.

This is a long, strategic game for the telcos and CoSPs, with many unknowns, but for many, gaming will be critical to making 5G profitable. Further, they appreciate that more than any previous generation of network technology, how well 5G infrastructure and services are deployed to support use cases will dictate how successful they are.

Alex Gledhill, Intel Global Account Executive for Vodafone, said, “We help the communications industry deliver the right level of connectivity where it is needed by having the compute power in the right place, and providing a platform to build future capabilities and services on.”

Network operators and CoSPs recognise that they must move away from proprietary systems to platform-based business and operational models that use open APIs, to bring players, gaming creators, advertisers and other ecosystem members together efficiently and economically, and support new business models.

Many of the pieces are in place already, and can be built on as new network and other capabilities are available. PlayGiga is a terrific example. The online gaming company needed to provide its telco and CoSPs customers with a reliable and cost-effective way to bring gaming to the mass market, enabling them to offer gaming as a service.

PlayGiga leveraged Intel’s Visual Cloud platform to create its ecosystem, which delivers high-end compute and graphics performance on a single chip, along with Intel’s 5G expertise, high-performing products, and cost-effective scalability. As partners, Intel met PlayGiga’s immediate needs and those of its customers, and provided a flexible platform for the future.

Related Content: Esports via the edge can be game-changers for everyone