Esports via the edge can be game-changers for everyone 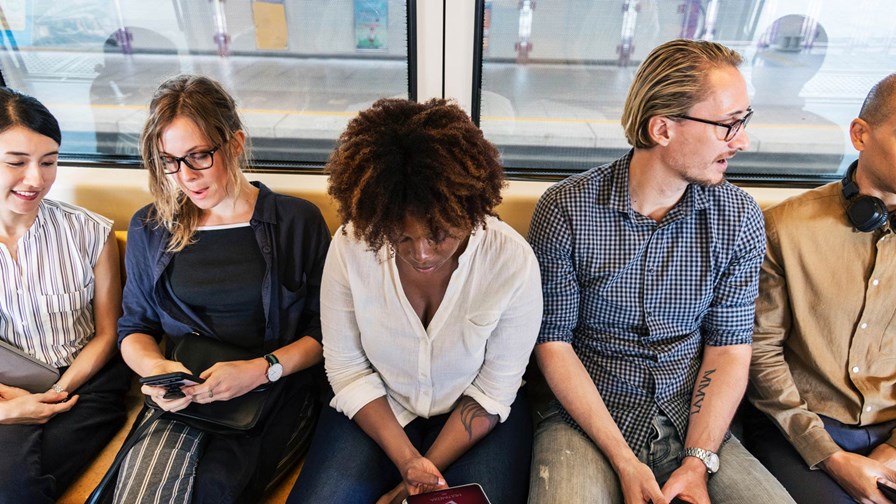 Given the virtual nature of esports, it surprises many people that fans love to be present and watch their esports heroes compete, just as they do for physical sports. Some esports tournaments attract such big audiences that they fill stadiums. In June, Arena Birmingham in the UK welcomed more than 24,000 fans to the ESL One Birmingham event and 306,070 tuned into the broadcast online. This is a new concurrent viewership record and a rise of 12.4% since the last record was set at the Hamburg Major in 2017.

It will be interesting to see how long that record stands, as the number of tournaments grows, the prize money keeps rising and more people are becoming professional esports players and viewers. The total prize money for various competitions within the Fortnite world championships in July was $100 million and about 40 million players attempted to qualify for entry.

The number of dedicated esports venues is increasing too. According to a report in Urban Land, in July 2019, fewer than ten such stadiums are operational in the US today. However, some predict there will be an esports venue in every major American city five years from now. Already there are pubs and bars around the world dedicated to esports.

At the other end of the scale, esports venues are popping up in Asia and several Chinese cities are planning esports complexes that will include business parks for esports vendors, training facilities and themed apartments, among other things.

The real-life experience of being at esports events will not replace the most popular way of watching esports, which is through live streaming the games online, via platforms such as Twitch, YouTube or Periscope. Newzoo expects there will be almost 300 million frequent viewers of esports worldwide (up from 58 million in 2012) and around 347 million occasional viewers by 2022.

The big challenge for communications service providers (CoSPs) is how to support such immense audiences and volumes of traffic in real time profitably. There is nothing more exasperating than watching esports or physical sports if the transmission quality is poor – or more likely to drive audiences away.

Optus Sport demonstrated this painfully well in 2018, when its streamed coverage of the Men’s’ FIFA World Cup suffered so many disruptions, the company resorted to sublicensing its rights to SBS, which is Australia’s free-to-air broadcaster. However, its audience figures have revived as its quality of service improved due to its new partnership with DAZN (pronounced Da Zone) CONNECT. This IP- and cloud-based distribution platform for broadcasters and sports organizations was launched in April and runs on Equinix’s global network of data centres.

This higher level of operational collaboration between ecosystems of partners makes a raft of new business models possible and offers communication service providers (CoSPs) a clear and much-needed opportunity to monetize their assets. Alex Gledhill, Intel Global Account Executive for Vodafone, explains, “Operational speed and flexibility, and the ability to make the most of new business opportunities are very closely linked in the rapidly evolving esports market. And an essential part of that agility is being able to engage with the right partners quickly and easily to make the most of those opportunities.”

This thinking gave rise to Intel Network Builder about six years ago. It is an ecosystem of infrastructure, software, and technology vendors coming together with CoSPs and end users to accelerate the development and deployment of network edge solutions. This involves adopting and adapting solutions based on network functions virtualization (NFV) and software defined networking (SDN) in telecommunications and data center networks. A core part of the initiative is to facilitate partners’ access to tested and optimized solutions for network edge and cloud environments.

Qwilt is one of the Intel Network Builders partners and itself an exemplar of collaboration. It was founded in 2010 by veterans from Cisco and Juniper, and backed by Accel Partners, Bessemer Venture Partners, Cisco Ventures, Disrupt-ive, Innovation Endeavors, Marker and Redpoint Ventures. Qwilt has developed a next-generation content delivery network (CDN) that uses multi-access edge computing (MEC) technology to place caching resources at the edge of the network. You can find out more about what Intel is doing for its partners and to build out visual cloud capabilities here.

Depending on the situation, the edge could be a cable modem termination system, DSL access multiplexer, broadband remote access server or MEC node. Mobile network operators can establish a massively distributed layer of content caching resources on virtualized Intel processor-based servers to enable content delivery from the edge location that is closest to the subscriber.

Each edge server can be utilized by other virtual network function-based services, which makes it cost effective enough to distribute throughout the operator’s coverage area. Critically, this means the solution can be scaled up very fast, without the usual long time it takes to recoup investment in telecommunications infrastructure.

Persistent memory is a powerful complement to virtualisation for CDNs, as it is an efficient and economic way to provide the large memory capacity that is needed to buffer each of the many independent streams a CDN server handles. Persistent memory technology efficiently stores data structures so they can still be accessed via memory instructions or memory APIs even after the process that created or last modified them has ended. Its non-volatile nature also means that the data persists even when the power is shut off.

Using 100% dual in-line memory module (DIMMs) for CDNs, which are made up of a series of dynamic random-access memory (DRAM), is prohibitively expensive. Using persistent memory in CDNs for the bulk memory, alongside a small DRAM cache, can cost substantially less.

For example, the Intel Optane DC persistent memory can provide large memory capacity – up to 3TB per socket – at between 20% and 40% less cost at 1.5TB than DRAM, as well as support more streams per server compared to DRAM systems at the same price. This greater scalability for less money is achieved by the solution ‘rethinking’ the memory/storage hierarchy. In CDNs, Intel Optane DC persistent memory can act as the bulk memory.

Of course, that also means that extra memory capacity can be deployed for the same price as a 100% DRAM environment, and so can host more video streams for users on the same server. This is hugely important in CDNs where servers typically run out of memory before they run out of central processing and IO resources when scaling to support live linear video play-through.

Finally, video traffic cannot tolerate latency, and persistent memory also speeds up interactions with the solid-state drives to help maintain the quality of even the most popular content at peak demand.

The combination of esports’ escalating popularity and the opportunities brought by edge-based streaming can be game-changing for everyone from the CoSPs to their ecosystem partners and the players and viewers.

Related Content: 5G - How to make sure you’re on the winning team