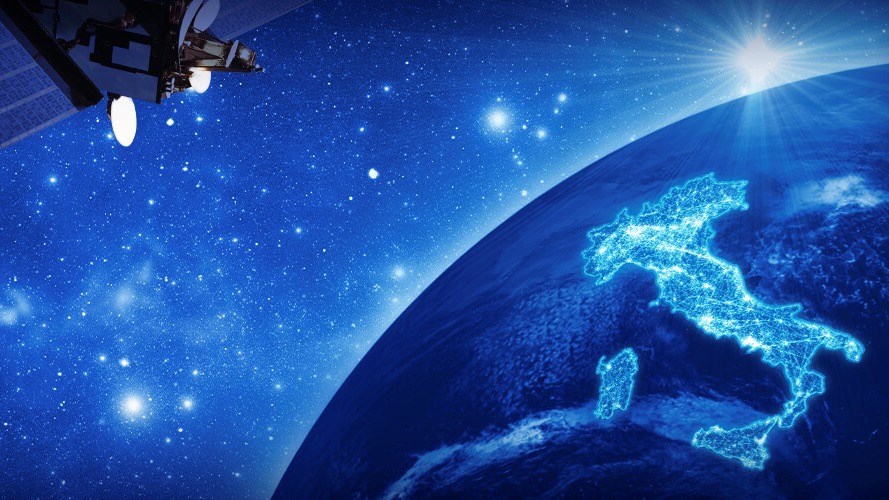 Italian national operator TIM is the latest telco to team up with Eutelsat to bolster its broadband service options. The telco says its new TIM SUPER SAT satellite service is targeted at “new customers who live in areas of the country not yet covered by the fixed broadband and ultrabroadband networks,” and is available for €49.90 per month with all installation and CPE costs included (as long as the customer retains the services for 48 months!). “Thanks to this technology and the exclusive agreement signed recently with Eutelsat, customers will be able to browse at speeds up to 100 Mbit/s in download and 5 Mbit/s in upload,” adds the operator in this announcement. Eutelsat, which has been building its stake in LEO satellite operator OneWeb while also being the subject of M&A interest, last week announced a similar tie-up with Deutsche Telekom for the German market.

Ericsson has announced an extension to its 5G deal with AT&T to support the operator's rollout of services using its C-band spectrum and its shift to a 5G standalone (SA) architecture. The Swedish vendor says the telco is to deploy multiple RAN technologies, such as its Advanced Antenna System, Advanced RAN Coordination, Carrier Aggregation portfolio and Fronthaul Gateway. These will support future network enhancements and help AT&T meet its goal of covering 70-75 million people with 5G over C-Band by end of 2022, a target that rises to 200 million by the end of 2023. Read more details here.

CSG has opened its wallet again to acquire Australian BSS specialist DGIT Systems, which specializes in configure, price and quote (CPQ) and order management. Systems for telcos, for an undisclosed sum. “The acquisition brings together industry leading solutions specifically designed to streamline the complexities of commercializing the next era of multi-party digital offerings that will drive business growth for communications service providers,” noted CSG in this press release. CSG’s CEO Brian shepherd told TelecomTV earlier this year, just as it announced the purchase of real-time policy control and messaging platform specialist Tango Telecom, that the company expects to be “an aggressive, disciplined acquirer of great technology and great solutions to continue to round out our portfolio, so we can be that one-stop-shop for customers, if they want that.” (See CSG eyes further M&A as it sweeps Tango Telecom off its feet.)

Taiwan Semiconductor Manufacturing Co. (TSMC), the world's largest contract chipmaker, may include Sony as a minority stakeholder as it embarks on the construction of a semiconductor factory in western Japan as the global chip shortage (and the dawning realisation that the world is hostage to dangerously unstable supply chains) concentrates  minds.  According to Nikkei Asia, the project is estimated to cost 800 billion yen ($7 billion) with  the Japanese government expected to provide up to half the amount. In addition to Sony, other chip-reliant Japanese firms such as Toyota and auto parts maker Denso are expected to take an interest. It’s anticipated that the factory will make semiconductors used in camera image sensors, as well as chips for automobiles and other products. It’s expected to go into operation by 2024.

Oracle, which is mounting a renewed major assault on the 5G ‘charging and monetization’ market, has released a report on the (un)readiness of telcos to take advantage of their new 5G networks by charging their customers in new and ‘innovative’ ways. The report, entitled “5G Readiness Report - CSP Perceptions on Charging and Monetization for the 5G Era”, rattles through the need for a complete charging systems re-vamp. Predictably it swerves around facets of the emerging industry view that don’t fit with its preconceived narrative – it’s trying to sell software after all.  A jarring note was struck with Oracle commenting on responses to its “What pricing levers do you plan to implement,” question. The result? A 45% interest from CSPs ranking energy efficiency as the third most popular pricing lever (out of 9). That prompted Oracle to note that, “Surprisingly, energy efficiency is a pricing lever that interests CSPs”. Not at all surprising if you look at any number of other surveys of telco aims and objectives - energy efficiency and net zero CO2 output is always a major concern. You can register to download the report online.

OneWeb, the phoenix-from-the-flames low-earth orbit (LEO) satellite company that has been attracting new investments of late and which counts Bharti Airtel as one of its main new backers, has signed a Letter of Intent with NewSpace India Limited (NSIL), the commercial arm of Indian Space Research Organisation (ISRO), to use the Indian-built PSLV (Polar Satellite Launch Vehicle) and the heavier GSLV-MkIII (Geosynchronous Satellite Launch Vehicle) as potential platforms to launch OneWeb’s satellites in India from 2022. Read more.

Tutela has analyzed the experience mobile users receive across the world and produced a magisterial “Global State of Mobile Experience report for 2021” having surveyed the world’s top 30 mobile countries and their operators. After plowing through over two billion network performance tests, it came up with some worthy winners. Denmark’s TDC NETdelivered the world’s best mobile experience with T-Mobile Netherlands and Telenor Norway named runners up. Overall Europe, and Northern Europe in particular, appears to have cleaned up on the bragging rights. Except for video quality where SoftBank is top, followed by Finland’s Elisa and NTT Docomo. You can see the full report and the mobile experience winners here.