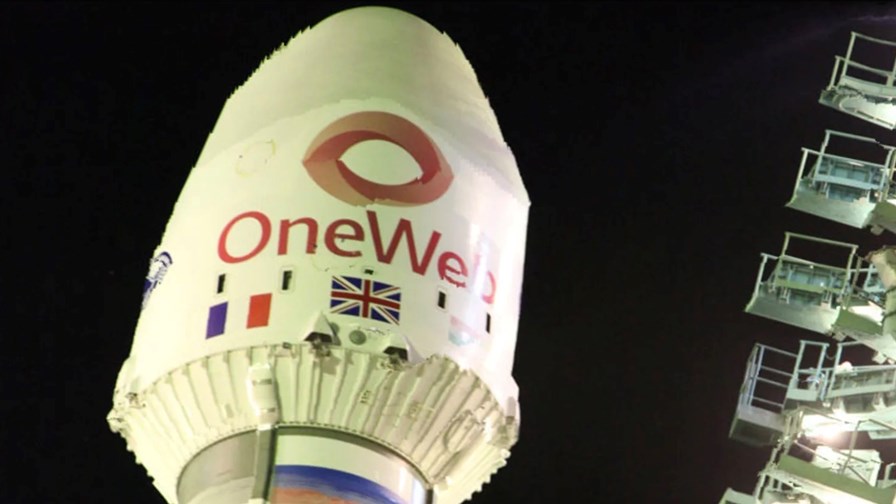 Eutelsat continues to make the headlines. Having last week rejected a €2.8 billion takeover bid from Altice owner and billionaire Patrick Drahi, the French satellite operator has splashed out $165 million on raising its stake in Phoenix-from-the-flames low-earth-orbit hopeful OneWeb from 17.6% to 22.9%, having spent $550 million on its initial tranche. “We are hugely excited to grasp this opportunity to deepen our commitment to OneWeb,” gushed Eutelsat CEO Rodolphe Belmer. “The significant progress it has made in the run-up to its now imminent entry into service, together with the vote of confidence demonstrated by the commitment of both its investors and future customers, makes us even more convinced of OneWeb’s right-to-win in the low earth orbit (LEO) constellation segment.” And so the OneWeb story just gets more and more interesting... For more on Eutelsat’s reasoning, see this press release.

Telefónica is reportedly considering the creation of a standalone business unit for its fibre broadband access network so it can potentially sell a stake, according to a Bloomberg report. According to sources, such a unit would be valued at about €15 billion. Such a move would not be out of keeping with the Spanish giant’s asset monetization strategy: It has already sold a majority stake in its fibre access network operations in Colombia to private equity group KKR; and earlier this year it sold its mobile towers unit for €7.7 billion. At the end of June 2021, Telefónica had net debt of €26.2 billion, down by €11 billion compared with a year earlier due to its debt reduction efforts, which don’t appear to be over just yet.

Still with fibre broadband... Swisscom says a court ruling that backs the Competition Commission (COMCO)’s ruling that the operator’s point-to-multipoint (P2MP) fibre access network architecture is anti-competitive is regretful and that the original COMCO decision was “misguided.” Swisscom CEO Urs Schaeppi stated that the operator is “convinced that our conduct is fair and in line with competition law and will now consider our next steps.” The Swiss national operator says the court decision could “slow down the network expansion by several years.” Read more.

Belgian national operator Proximus has launched its digital banking service, Banx, which “allows users to monitor the impact of their purchases on the planet. The new banking app aims to encourage users to make more conscious and sustainable choices,” according to the operator. Read more.

The latest auction of 5G spectrum by the Federal Communications Commission (FCC) in the US has begun. Auction 110 offers up 100 MHz of spectrum in the 3.5 GHz band. “We are moving with record speed and collaboration to free up more mid-band spectrum for 5G,” said FCC Acting Chairwoman Jessica Rosenworcel. “These airwaves are a critical part of unlocking the 5G promise everywhere in the country.” The auction has to raise a minimum of about $16.2 billion to cover the “sharing and relocation costs for federal users currently operating in the band.” After three rounds of bidding by the 33 qualified participants, the gross proceeds of the auction stand at $740 million. You can keep track of the rounds and the value of the bids right here.

AT&T has become embroiled in scandal surrounding the formation and funding of media network One America News (OAN), which has been accused of spreading conspiracy theories about Covid-19 and the 2020 US election, reports Newsweek.

Ericsson has filed a complaint against Apple in a Texas federal court, alleging that Apple’s allegations that the Swedish vendor violated the processes and practices related to the licensing of essential patents threatens its reputation and its business. For more on this latest intellectual property tussle, see this Barron’s report.