What’s up with… Qualcomm and Iridium, Bullitt, Honolulu 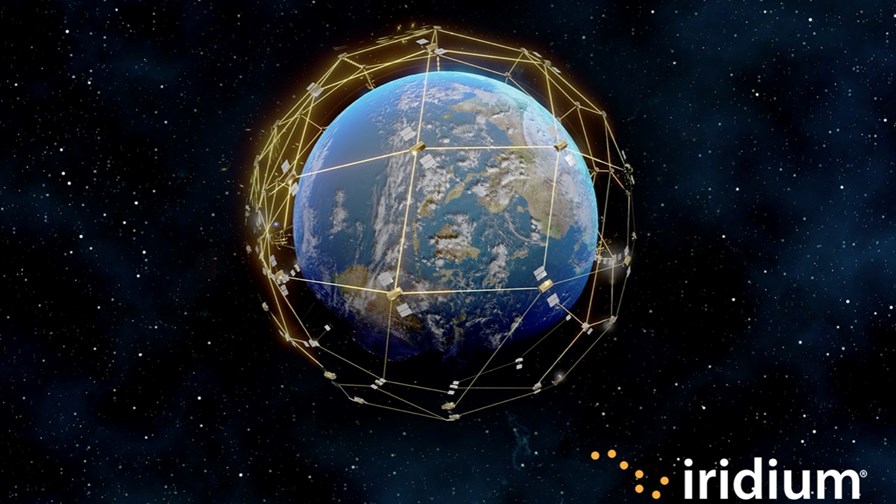 Qualcomm has unveiled Snapdragon Satellite, a solution that, in partnership with low-earth orbit (LEO) satellite operator Iridium, will “provide global connectivity using mobile messaging from around the world, starting with devices based on the flagship Snapdragon 8 Gen 2 Mobile Platform.” Snapdragon Satellite will “enable OEMs and other service providers to offer truly global coverage. The solution for smartphones utilises Iridium’s weather-resilient L-band spectrum for uplink and downlink,” noted Qualcomm. In addition to smartphones, Snapdragon Satellite can be integrated into other devices, including laptops, tablets, vehicles and IoT modules. It will also “support 5G non-terrestrial networks (NTN), as NTN satellite infrastructure and constellations become available,” noted Qualcomm in this announcement. The move is the latest in a series of announcements from multiple companies, such as T-Mobile US and SpaceX and AST SpaceMobile, that promise mobile communications connectivity beyond the reach of regular terrestrial cellular networks.

Another company targeting this niche sector is British communications device maker Bullitt which, in late November, announced it had developed, in partnership with chip giant MediaTek, the “world’s first satellite-to-mobile messaging smartphone”. The accompanying Bullitt Satellite Connect service will be commercially available before the end of March, the company announced at the CES show in Las Vegas. Read more.

Speaking of CES… Seasoned tech analyst Richard Windsor has been identifying the key trends at the show and has provided a reality check to the smart vehicle and AI sectors in this blog.

It seems the municipal authorities in Honolulu, capital of the US state of Hawaii, forgot that Verizon was pulling the plug on its 3G services at the end of 2022. The city’s Department of Transportation Services was “caught off guard” as 2,200 digital parking meters gave up the ghost when the venerable mobile technology was turned off at the mains and credit card payments stopped being processed. It’s not as if the council didn’t know it would happen. Back in 2016, Verizon told its customers that 3G services would end within a decade and in 2019 the operator reinforced the message with another notification to Honolulu City Council that the 3G switch-off would definitely come at the end of 2022. Meanwhile, local TV radio, social media and newspapers continually repeated the message. The council actually had made plans to upgrade the parking meters but failed to put the US$2m costs into the “correct part” of municipal budget and then just forgot about the whole thing, until Monday when credit card receipts for parking fell instantly to zero and panic ensued. Honolulu is Hawaii’s biggest city and raises some $2m a year from its parking meters. It is now scrabbling around to source and buy up-to-date machines that will cost somewhere in the region of $3m. It is expected the procurement process itself will take six months and then the new machines will have to be installed. All in all, it is expected that parking meter receipts will be rock-bottom for up to a year. Some of the affected meters also take physical money, so those parking their vehicles can stuff them with quarters – for a few days anyway. The authorities admit that coin slots will also stop working “for reasons we don’t fully understand”. Could it be that they’ll be full? It might be worth checking. In response to the emergency, the Honolulu Police Department will “temporarily suspend the issuing of citations for affected meters”. Grass skirts across Oahu are rustling with delight at the thought of a year’s free parking…

Weak demand for memory chips and a slowdown in spending on consumer technology products have hit Samsung’s sales and profits, with the company providing guidance of fourth-quarter revenues at 70tn Korean won (US$55bn) and an operating profit of 4.3tn won (US$3.4bn). According to multiple reports, that would be the lowest quarterly operating profit reported by Samsung in eight years.

Amdocs has abandoned its planned $188m acquisition of Mycom OSI, which was first announced in May 2022. The acquisition had been on course to complete by the end of last year, but Amdocs suddenly noted in an SEC filing on 5 December that it had “recently… mutually and amicably decided not to move forward with the planned acquisition following a longer than expected regulatory review process in the United Kingdom (that was still not complete)”. The matter was also discussed briefly during the Oppenheimer 5G virtual conference on 13 December, as reported by Light Reading. The reason for acquiring Mycom OSI, explained Amdocs president and CEO in May last year, was so that Amdocs had a “powerful AI-backed assurance solution suite” that was suitable for the complexities of the 5G era. Now Amdocs says it’s offering appropriate service assurance capabilities via partners while it develops its own capabilities in house. Amdocs has already been in the news this week for its decision to cut about 700 staff from its payroll.

Vodafone Germany is working with local broadband player ruhrfibre to build out dedicated (not shared) fibre broadband access connections to 150,000 residential and business premises in the city of Essen, which has a population of about 600,000 and some 308,000 households. Vodafone says it is already offering gigabit broadband services in Essen using its existing cable broadband network, and that the “work with Ruhrfibre will build on this and means that our network will become even more stable for German customers through numerous modernisation measures and additional fibre nodes.” Read more.