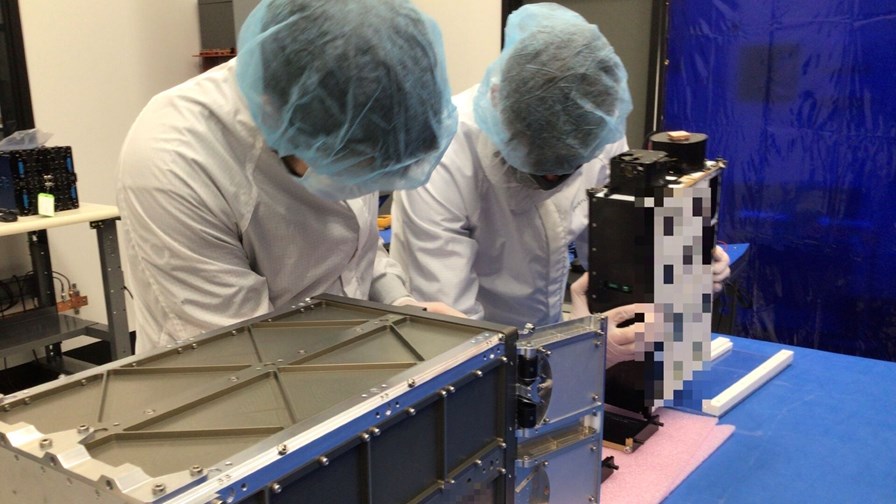 An intellectual property advance by a satellite hopeful and a pleased-as-punch Italian operator get today’s news ball rolling.

5G satellite operator OQ Technology has revealed that it has six pending patent applications in both the US and in Europe that, it claims, can be applied to improve satellite-based IoT and M2M communications in remote locations. TelecomTV interviewed founder and CEO Omar Qaise in August about his plans for a ‘cell tower stack’ strategy to crack the complex and increasingly crowded world of LEO satellite constellations. Now Qaise has announced that he has a patent stack in preparation too. “Obtaining intellectual property rights is a strategic necessity for businesses and NewSpace is no exception,” said Qaise, founder and CEO of OQ Technology. “If the applications in the US and Europe progress as planned, I expect OQ Technology to be granted the patents within the next two years in Europe, and much shorter than that in the US…  Most importantly, our patent portfolio will protect our position and investments. It will also set up a huge entry barrier and legal shielding for companies getting into the same field, especially with respect to using cellular IoT and 5G over non-terrestrial networks,” he stated in a press release.

Open RAN system vendor Airspan has teamed up with IBM on what sounds like complex test of a disaggregated radio access network architecture: The two companies plan to launch a 5G-enabled Open RAN testbed involving an IBM IoT Centre in Munich, Germany, and the tech giant’s Global Industry Solution Centre (GISC) in Nice, France, to “showcase long-distance control over 5G-enabled edge computing.” Airspan noted that the “goal of developing this testbed is to help clients across Europe innovate and develop multi-vendor solutions designed to address different customer use case requirements, based on open, interoperable standards, while optimizing performance.” It added: “The Open RAN testbed is intended to advance the development of Open RAN software and hardware solutions, and end-to-end interoperability testing with private 5G stand-alone core networks. The two companies plan to provide partners and customers with the opportunity to collaborate, integrate and test features for next generation campus networks.” Read more.

Cisco is the lead investor in a $70 million funding round raised by CDN operator Qwilt that values the company at $800 million: Qwilt itself did not provide any financial details in its official announcement, but Calcalist reported the specifics. The two companies are already close partners: According to the CDN specialist, “Qwilt and Cisco’s unique CDN solution features an edge architecture, based on Open Caching from the Streaming Video Alliance, and a partnership-based business model in which service providers are part of the content delivery value chain. This new method for content delivery is enabled by Qwilt’s innovative CDN platform, coupled with Cisco’s edge compute and networking infrastructure to deliver the solution as-a-service.” Qwilt is used by many telcos, including BT, TIM, Verizon and more.

The messaging software and services market has been heating up of late with old messaging approaches getting a boost – see RCS: Let’s give it to Google, say US telcos – and mergers and acquisitions aplenty – see Juniper Research’s recent Mobile Messaging in 2021: What to Expect. Now Sweden-based cloud mobile messaging company, Sinch AB, which has already spent almost $3 billion on 15 messaging acquisitions, says it will acquire MessengerPeople, a leading German software-as-as-service platform for conversational messaging, for €48 million (€33.6 million in cash and €14.4 million worth of new Sinch shares). MessengerPeople has developed a range of tools for businesses to use multiple messaging services and also provides software for conversational messaging (of the sort that pops up on web pages). Sinch says MessengerPeople complements its API-based offering for larger enterprises and channel partners and is well-suited for pre-sales and customer care, which accounts for around 85 percent of current volumes.

Africa and The Middle East and Latin America are the two regions set for the greatest growth in mobile payment transactions by 2025, with seven of the top 10 fastest growing countries for mobile wallet purchases hailing from these regions, according to fintech firm Boku and Juniper Research. Read more.