How to find a niche in the fast-evolving satellite business 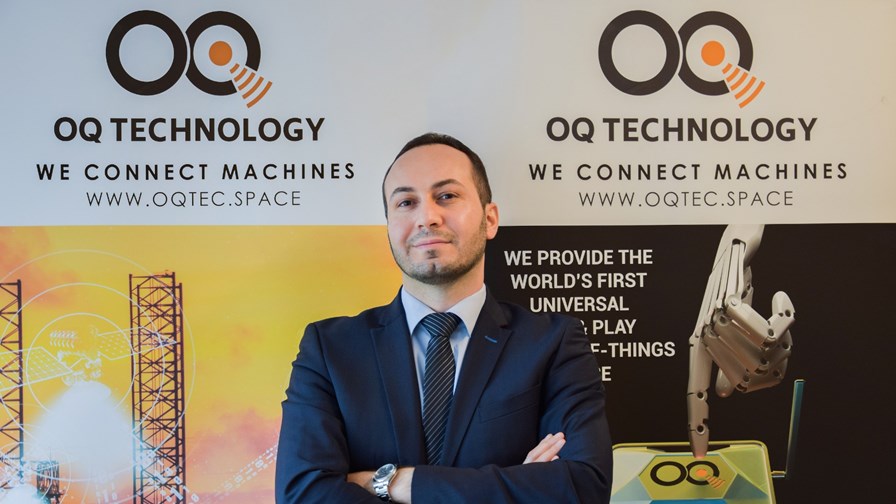 The concept of using the Low Earth Orbit (LEO) satellite systems as essentially untethered cell towers connected to standard cellular devices is gathering pace. LEO orbits are low (as the name implies) so it’s not a stretch to use them from a cellular transmission range point-of-view, especially where low frequency spectrum is used.

The usual application is Internet of Things (IoT), where a client device is unable (temporarily due to weather, or permanently due to isolation) to make a conventional terrestrial connection. That’s when the satellite service steps in to deliver.

The advantage of this approach is that by adopting LTE/5G you hook into an already existing set of technologies rather than be forced into a proprietary technology approach of the sort which saw the previous generation of LEOs dashed on the rocks.

One of the several companies making a play for a chunk of the satellite IoT market is OQ Technology. It’s been granted an experimental license for accessing satellite 5G frequencies by the Luxembourg Ministry of Media and Communication; claims that it’s established the first European 5G Satellite Test Centre for LEOs; and has launched its first commercial 5G IoT satellite last month.

OQ’s 5G satellite testing centre and the recently opened LEO Constellation Control Centre enables the company to demonstrate its capabilities and allows mobile and terrestrial operators to test and validate how their existing network would integrate with OQ’s 5G stack.

So how does a relatively tiny concern like OQ think it’s going to prosper in an increasingly big pond inhabited by the likes of big fish billionaires Elon Musk and Jeff Bezos with their multi-thousand satellite launch plans and bottomless money pits?

By finding a service that can be hosted on that fast growing satellite infrastructure, of course.

“Traditional IoT satellite operators tend to invent and bring their own technology, but what we’re doing is tapping into existing technologies and standards,” says OQ founder, Omar Qaise. That’s a huge amount of cost that’s just not there for OQ.

Omar says that for the time being (and maybe forever) he’s going to operate as a hybrid satellite owner/service provider. “We came [at this] with a bit of a different angle,” he says, “We believe now is the time for LEO constellations and we're trying to introduce their satellite services into the [4G/5G] ecosystem with the minimum intervention.

Getting the user connect price down is a major objective

“The cellular chip is around $5 for example, while the cheapest satellite chip you can find (not the device, just the chip) tends to start at around $100. It's a big difference and devices based on the sort of prices we hope to enable are unheard of.

[That cost differential] is how the satellite sector will grow in this field: that's really our main vision

“So our first satellite has just launched and the next node is going to be hosted (on another satellite), and then there’s another hosted one. We aim to have a 50/50 combination for our satellites and hosted [workloads].

I ask Omar if he could see a time when OQ may not need to own any satellites, but have all the workloads hosted?

“Yeah, this is what we’re aiming for actually,” he says “We don't want to be in the infrastructure business. We want to have a cell tower stack that can be uploaded onto a satellite. It would be more interesting to focus on the frequency licencing that we can use and then go for service, but unfortunately we have to go the route of launching our own satellites because there are not many mature players in this field yet.”