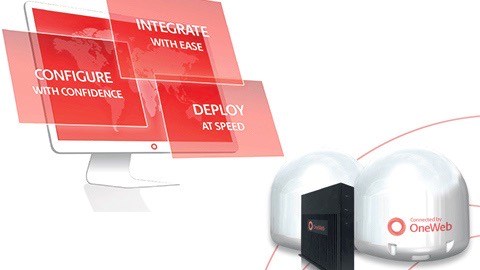 Satellite hopeful OneWeb, which is still in the process of hauling itself back from the after-effects of bankruptcy and attracting investors, has announced the acquisition for an undisclosed sum of TrustComm, which was established in 1999 “as a provider of managed satellite communications and professional services to commercial organizations and governments.” OneWeb says the acquisition will enable it to “offer its Low Earth Orbit (LEO) network and connectivity services to US government clients and TrustComm customers,” and follows “the successful demonstration of OneWeb's turnkey satellite-based communications system to the DoD [US Department of Defense] in March of 2021, with data rates up to 500Mbps at latency levels as low as 32ms. The demonstration also illustrated the seamless handover of connectivity between multiple LEO satellites as they passed overhead.” Read more.

The Linux Foundation and the Next Generation Mobile Network Alliance (NGMN) are teaming up to collaborate on efforts related to “5G and beyond.” NGMN says its new strategy, which places “a particular focus on Mastering the Route to Disaggregation, Sustainability and Green Future Networks, as well as on 6G and the continuous support of 5G’s full implementation,” is “complementary to the efforts of the Linux Foundation’s LF Networking and LF Edge umbrella projects, as well as others like LF Energy operating within the telecom, IoT, and networking spaces.” The duo note in this announcement that particular areas of collaboration will likely include “sustainability, network automation and network autonomy based on Artificial Intelligence, security, edge cloud, virtualization, disaggregation, cloud native, and service-based architecture” and more. So, quite a lot to talk about then!

Dutch broadband network operator Delta Fiber is deploying the latest XGS-PON broadband access technology from Nokia that will enable it to offer connections of 10 Gbit/s and lay the ground for 25 Gbit/s connectivity. As senior Nokia executives told TelecomTV recently, this is possible by deploying multi-PON line cards that are becoming increasing popular with operators. For more on on Delta's enhanced network, see this press release (which is in Dutch, FYI), and for the full story from Nokia, see Fibre now as critical as 5G to operators: Nokia’s Guillén.)

Low-latency streaming specialist Soliton Systems has ramped up the hyperbole by announcing “an almost inconceivable showcase to demonstrate the remote control of a racing car over 5G.” Soliton will team up with 5G Hub initiative partners Ericsson and Dutch operator VodafoneZiggo to remotely control a racing car using a video live stream transmitted over a 5G connection. According to the fantastically-named Go Ito, Managing Director at Soliton Systems Europe, "With the 5G Hub, we want to show something spectacular that could really demonstrate the reliability and capabilities of our ultra-low latency units for live streaming, combined with the power of 5G. We thought 'what could highlight our competencies better than remotely controlling a high-speed race car?' Even a few milliseconds’ delay or loss of video could be catastrophic." Indeed. Read more.

The telemedicine sector is about to boom and is expected to save the healthcare industry $21 billion in costs by 2025, representing a growth rate of more than 80% during the next four years, according to a new report from Juniper Research. Teleconsultations, which enable patients and physicians to interact remotely, will be a key driver of those savings. But the savings are likely to be limited mainly to developed nations, where “access to required devices and Internet connectivity is prevalent.” As a result, more than 80% of the expected savings “will be attributable to North America and Europe by 2025,” according to the Juniper Research team. Read more.

Pet-sitting robots, drones that call your children for dinner, click and deliver homes, and smart glasses with the ability to personalise your surroundings, will all be part of our lives by 2041, according to a new report from Vodafone UK that includes contributions from a panel of industry leaders and academics. Read more.

A report from UK regulator Ofcom has concluded that the UK’s broadband, phone and pay-TV providers have taken steps to provide fairer deals, clearer information and better support for their customers during the past year, but that “further action is needed in all areas, particularly customer service. Companies should improve complaints handling as a priority, as well as ensuring customers do not find it harder to leave, compared to signing up,” noted Ofcom in this announcement.

Here’s an announcement that had us scratching our heads… iQSTEL, which describes itself as a supplier of telecoms, technology and fintech services through multiple divisions and a dizzying array of subsidiaries, has announced it has “a network carrier partnership” under development that could (so nothing is certain…) “accelerate iQSTEL's entry into the 5G market.” It can’t name the potential partner, but is hopeful of a positive outcome. The partner might find this public announcement of preliminary talks somewhat interesting, though… but the announcement has had what seems like the desired effect for iQSTEL, which has watched its stock gain 13.4% in value to hit $0.66 in early Monday trading.