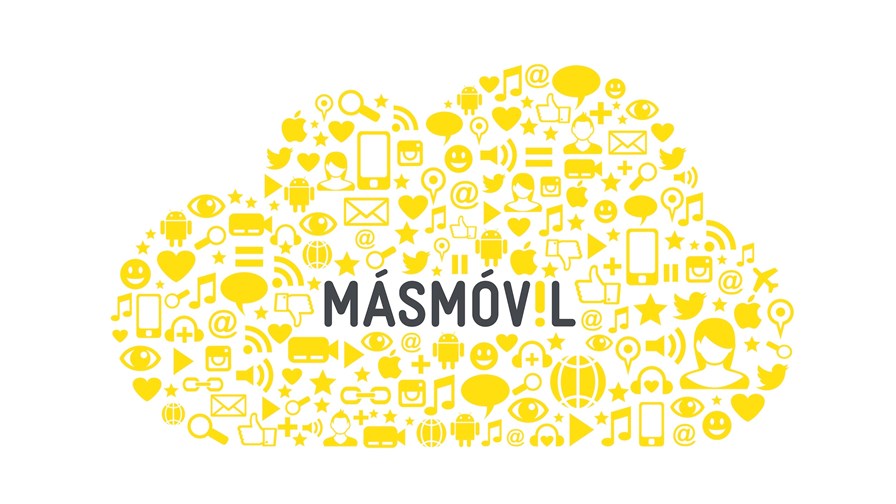 Orange is reportedly exploring the possibility of merging its Spanish operation with local competitor MásMóvil. Domestic newspaper Expansion, cited by Reuters, reports the plan is for Orange to hold 50% of the new company, while the other half would be owned by MásMóvil’s private equity firm shareholders KKR, Cinven and Providence. If such a deal is completed, the new entity will be the second largest operator in Spain, behind only Telefónica. This would leave Vodafone as the third major player in the country. The report comes days after El Confidencial reported that MásMóvil, which is the fourth largest operator in Spain, was in discussions to acquire Vodafone’s unit in the country, so it seems MásMóvil is the lynchpin in any Spanish telco consolidation developments. (See Vodafone plots major M&A moves in Europe, confirms CEO.)

At Vodafone Group headquarters, meanwhile, the focus right now will be more on Italy than Spain. Following the reports on Monday that ambitious French operator group Iliad had made a bid to acquire Vodafone Italia and merge it with Iliad’s Italian business, Iliad’s CEO, Thomas Reynaud, has confirmed to Bloomberg that such an offer has indeed been put forward, but there is no indication what exactly has been offered. Meanwhile, of course, national Italian operator TIM is still sitting on a takeover bid tabled by KKR, so the Mediterranean is hot for telco M&A action right now!

And there’s more! The potential revamp of Vodafone, which now has activist investor Cevian Capital (which is backed by Carl Icahn and invests only in Europe) picking away at the management team and board, could go further. Multiple UK newspapers, including the Telegraph and Mail on Sunday, have, during the past few days, reported that the operator’s Business division is set for a reorganisation under the codename Project Galaxy, and that the move could even lead to the sale of its UK operation in order to boost its flagging share price. Project Galaxy has resulted in central control of Vodafone Business being devolved to a number of local country units and that will make it very much easier to spin them off or sell them off. Add that to the ongoing speculation that Vodafone UK fancies tying the knot with Three UK to form a bigger UK unit and you have quite a confusing picture being painted right now by the unnamed sources that are leading such tales to the national press.

Ericsson announced it will review an internal investigation it made in 2019 regarding past compliance-related concerns about its business in Iraq. The vendor said it has concluded a probe into the matter, which was done with external counsel, in late 2019. Then, it undertook “personnel and process remediation” after identifying issues related to the conduct of Ericsson employees, vendors and suppliers. Now, the Swedish company said it will proceed with a review to compare the investigation findings with information it was presented with by the media. See more in Ericsson’s statement here.

KT Corp. has teamed up with Savills Korea to plan and build a new 9,000km submarine cable that will connect South Korea, Japan, Taiwan, Indonesia, the Philippines and Singapore. KT will be the lead strategic investor and provide consulting services for the design, construction and operation of the network. “As demand for DX-based cloud services and OTT expands not only in Korea but also throughout Asia, the size of the submarine cable market is expected to grow,” said Shin Su-jeong, head of KT’s Enterprise Division. We will continue to strengthen our leadership in the market in relation to submarine optical cables and international data transmission.”  KT already holds a stake in the Asia-Pacific Gateway (APG) and New Trans-Pacific Cable (NCP) submarine cables. For more, see this press release (in Korean).

In the US, mobile phone companies are beginning to filch a sizeable and increasing percentage of subscribers from cable operators and ISPs thanks to the spread of 5G fixed wireless access home broadband services. According to a new report from Bloomberg, America’s big five cable and telecoms companies signed-up 3.7 million net new broadband Internet subscribers in 2021, and 22 per cent of them churned away from cable to wireless connections. As a result, T-Mobile US and Verizon between them gained 819,000 new customers, which is a significant and perhaps possibly portentous number. The figure would have been somewhat higher but AT&T, for reasons best known to itself, refuses to disclose the number of wireless Internet subscribers it has. There aren’t all that many of them though. On the cable side, big beasts such as Comcast and Charter Communications suffered a 40 per cent decrease in the number of new broadband subscribers who put their John Hancock’s on the dotted line. The cablecos had already signalled to the market that a downturn was underway but the actual losses surprised industry analysts. Cost is obviously a factor and the cablecos are going to have to look to their laurels if they are to staunch the bleeding.

The French industrialist Patrick Drahi is already the biggest individual owner of shares in BT, the incumbent UK telco, via his company Altice. He holds 18 per cent and could well acquire more stock. The more he gets, the more BT top brass will worry about a possible aggressive takeover bid. Further down the organisational pyramid, ordinary staff will also be worried and not just about the operator being acquired. Among his many other interests, M. Drahi also owns the world-famous and venerable auction house Sotheby’s, which was founded in London in 1744. It is now US owned and headquartered in New York and Drahi is looking to take Sotheby’s public: In preparation, he has wound up Sotheby’s “defined pension” plan and sold it to a couple of insurance companies. Incredibly, analysts say an IPO of Sotheby’s could raise up to USS$10 billion, cash that Drahi could use to buy more BT shares. Were he to acquire BT, past actions indicate that jobs would be slashed along with salaries and spending. BT’s defined benefit pension fund has 275,000 members and £57 billions in assets and it would be squarely in Drahi’s sights. No wonder people are concerned. Fortunately, though, the UK government has the option of designating the telco as a ‘strategic national asset’ under the terms of the new National Security and Investment Act, which became law last month, and that would prevent a takeover by anyone.

The Indian government is banging the ‘made at home’ drum ever harder as the country gets ready for 5G. Telecoms minister Ashwini Vaishnaw has made what the Economic Times describes as an “aggressive pitch” for India’s network operators to use technology designed and made in India and for international vendors to team up with Indian partners. India is planning to auction 5G spectrum this year and have 5G services launched before March 2023.

Apple is believed to be planning the launch of a cut-price 5G iPhone model on 8 March, according to Pocket-lint (citing Bloomberg). The device would be the latest version of the iPhone SE, the first iteration of which was launched in 2020 with a price tag of $399, which is a lot of money but still much cheaper than regular iPhones.