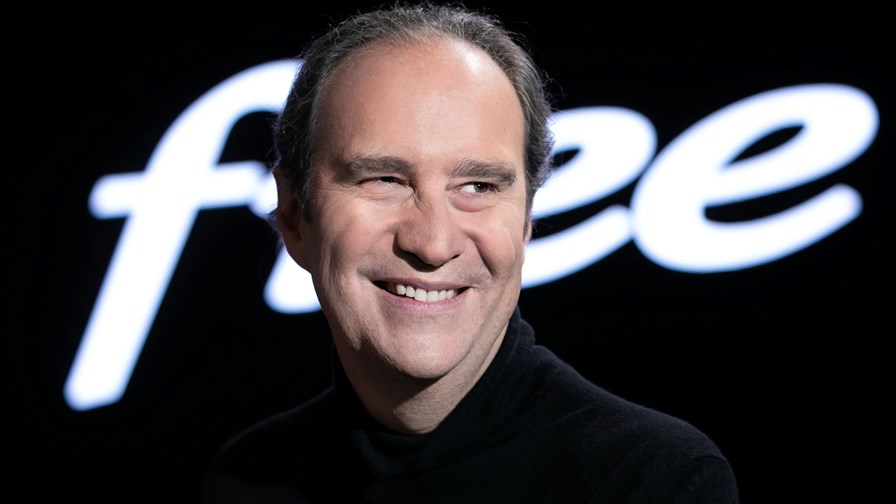 Iliad, the ambitious French telecoms operator that wants to be one of Europe’s biggest service providers, has tabled a bid to acquire Vodafone’s Italian operations, according to Bloomberg. There is no official confirmation of any offer, and no price tag has been reported. Reuters had initially reported a few weeks ago that the companies were holding talks with regards to some kind of business combination in Italy. Iliad, which is owned and run by Xavier Niel and provides its services under the brand Free, has been offering its own mobile services in Italy since 2018, putting the incumbent operators (including Vodafone) under pressure with its aggressive pricing. A combination of Iliad Italia and Vodafone’s operation would create a business with about 26 million mobile customers (of which 18 million from Vodafone), about 3 million fixed broadband customers (all Vodafone, as Iliad has just launched its own fixed broadband offering in Italy), a mobile market share of about 36%, and annual revenues of around €6 million (about 80% from Vodafone). Such a combination would heap even further pressure on the national operator TIM (Telecom Italia), which is having a torrid time currently and is looking to its new CEO to find a way back to growth. TIM has more than 30 million mobile customers, while the country’s other infrastructure-based mobile operator, Wind Tre (owned by CK Hutchison), has about 19 million. Iliad had been linked to a potential tie-up with Vodafone Italy following recent moves by Vodafone Group management to placate activist investors and simplify its portfolio by exploring M&A options in the UK, Spain, Italy and Portugal.

Infrastructure investor Macquarie Group has been linked to a potential investment of more than £10 billion in UK energy and digital networks as part of an agreement with the under-fire UK government, according to Sky News. Talks have been underway for some weeks about the role the Australian banking firm could play in the development of renewable energy and communications infrastructure developments across Britain, according to the report. The UK government last week outlined how it was seeking to ‘level up’ the UK with investments in various projects and schemes, including those related to enhancing mobile data coverage. It should be noted, though, that Macquarie doesn’t carry the best reputation in UK investment circles when it comes to critical infrastructure.

Sticking with the Australian theme… The incumbent network operator Telstra is upping its capital expenditure forecast by an additional A$1.6 billion to spend on two big new projects. The first is to build and manage the ground infrastructure and fibre network for Viasat, the US-headquartered provider of high-speed satellite broadband services and secure networking systems to fixed, mobile and government customers. The contract, which will last for sixteen-and-a-half years, relates to the US$2.3 billion global Viasat-3 system (so called because there will be three of them) that will have in excess of 1Tbps of network capacity to provide data and video streaming at speeds of 150Mbps. Viasat-3 is more than two years late, delayed first by Covid-19 and consequent international supply chain problems and latterly by a lack of skilled engineers. One of Elon Musk’s SpaceX Falcon Heavy rockets will now launch the first ViaSat-3 into geostationary orbit sometime this summer. Its services will cover North and South America. A second satellite to provide services to Europe, the Middle East and Africa will follow by about the end of the year and the third, covering the Asia Pacific region, will be lofted in mid-2023. Telstra’s second big new expense will be on deploying inter-city dual fibre paths within Australia itself. Some 22,000 new route kilometres will be provisioned to enable very high-speed connectivity on upgraded links between Sydney and Brisbane, Sydney and Melbourne and Perth to Sydney. And they will be ultra-fast, utilising 55Tbps capacity, which is six times that typically provided by today’s usual 8.8Tbps fibre pairs. Construction of the new links will start in the third quarter of this year.

The Beatles: the pop group that just keeps on giving, 50 years after it disbanded. Today, on the YellowHeart site, Julian Lennon, the 58-year-old son of the late John Lennon, is selling bits and pieces from his personal collection of Beatles memorabilia. However, it must be made clear, they are not the real thing but NFTs (Non-Fungible Tokens), the apparently “unique” digital tokens that can be bought and sold on the market like anything else but which have no tangible existence of their own because they exist only in cyberspace. Just like cryptocurrencies, a record of who owns what NFT is held in a shared ledger in the blockchain. It is said that records of such tokens cannot be forged because the ledger is kept and updated on tens of thousands of computers distributed across the globe. However, whether such immunity is, or can be, a long-term reality remains to be seen. Up for sale are some hand-written notes by Paul McCartney relating to the song ‘Hey Jude’, the cape John Lennon wore up a snowy mountain in the movie ‘Help’,  and a shaggy Afghan coat he wore in the TV film  ‘Magical Mystery Tour’. Pre-sale offers for these items currently stand at US$30,000 for the ‘Hey Jude’ notes, $8,000 for the cape and $6,000 for the Afghan coat. Of course, they could all sell for considerably more in a bidding frenzy for something that exists only in a virtual ledger and on a computer screen given that the NFTs come with narration by Julian Lennon himself alongside imagery of each item in question. Maybe you can’t buy me love but you can always try to buy a Beatles NFT. Or perhaps you might incline more towards sentiments expressed in the film ‘Help”, the one in which John Lennon actually wore a real cape rather than a digitised one. Ringo Starr: “You’ve been messing around with me in my kip.” John Lennon : “Eh?” Ringo Starr: “No, I mean, you know, with a fishing rod.” John Lennon: “I wouldn’t touch it with a plastic one.”

Total mobile in-app advertising spend is expected to increase from $201 billion in 2022 to $425 billion in 2026, “as brands strive to secure consumer trust,” according to a new report from Juniper Research. The research firm says enterprises must “clearly outline their data collection, storage, and usage policies, in order to optimise opt-ins.” The report, Digital Advertising: Emerging Trends, Key Opportunities & Market Forecasts 2022-2026, finds that while “privacy changes from Apple and Google are restricting the potential for effective ad attribution, there are still major opportunities. The availability of the SKAdNetwork on iOS, for example, is a major opportunity for advertisers to access aggregated data; allowing them to target areas primed for growth, such as child-safe applications.” Read more.