What’s up with… KCOM, Darktrace, Apple 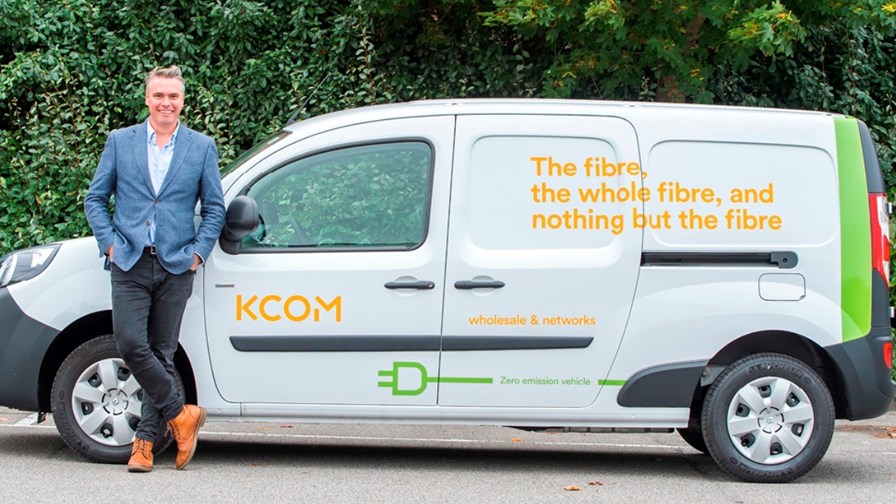 In today’s industry news roundup: UK operator KCOM to pump £100m into its fibre broadband networks; Darktrace has some good news and some not such good news; Apple hammers home the growing importance of eSIM and satellite connectivity capabilities with its iPhone 14 launch; and more!

UK wholesale and broadband network operator KCOM is to invest £100m across Kingston upon Hull, East Yorkshire and Lincolnshire “to give the region the fastest, future-proofed and most accessible full fibre broadband network in the UK”. It says the investment includes £62m to expand its network to more than 50,000 additional homes and businesses in 14 initial towns and villages across the region; £10m to upgrade 14,000 properties in East Yorkshire currently without full fibre; £17m to replace the ageing copper phone lines in Hull with a new fibre network; and a £10m long-term upgrade of the existing fibre network to enable download speeds of 10Gbit/s. “In 2019, KCOM enabled Hull to become the first full fibre broadband city in the UK when we completed our first fibre network rollout – more than a decade ahead of the rest of the UK,” boasted KCOM CEO Tim Shaw. “Then, in 2020, we announced ambitious plans to invest £100m to reach a further 100,000 properties in East Yorkshire and, for the first time in the company’s history, across the Humber to North Lincolnshire… This £100m investment is a statement of confidence in our business, our region and our future as we make our region one of the best connected in the UK and beyond,” he added. The expansion plans will take KCOM’s overall footprint to 350,000 properties. For further details, see this press release.

Network security technology specialist Darktrace is in the news for a couple of reasons today: It reported a massive leap in full fiscal year sales and profits and at the same time saw its share price lose about one-third of its value. The reason for the stock slump was the termination of takeover talks with private equity giant Thoma Bravo. Confirmation of the acquisition discussion first emerged in mid-August, sending the vendor’s share price to 500 pence on the London Stock Exchange, but Darktrace today announced that “an agreement could not be reached on the terms of a firm offer” and the news sent its share price spiralling down by nearly 35% to 336 pence. On a brighter note for the company, its revenues for the 12 months to 30 June increased by nearly 46% year on year to $415.5m while its operating profit hit $7.6m compared to an operating loss of $34.8m in the previous fiscal year. So things aren’t all bad, right?

All of a sudden, embedded SIM (eSIM) and satellite-to-smartphone connectivity are just about the hottest topics in the mobile communications sector, trends helped over the past few hours by the latest product launches from Apple. On Wednesday, the device giant unveiled the latest additions to its product portfolio, including a range of iPhone 14 models that, for devices sold in the US market, will be eSIM only. “The iPhone 14 and iPhone 14 Plus remove the SIM tray for US models, enabling users to more quickly and easily set up their devices,” the company noted in its launch press release. Apple has long supported eSIM functionality, but has not previously designed any iPhones that do not support physical SIM cards. For more on the implications of this move, see Apple’s eSIM gambit a “disaster for ill-prepared carriers”, says analyst. Satellite-to-smartphone connectivity also featured in the launch with an emergency function via satellite included in the new smartphones. “The iPhone 14 lineup also introduces Emergency SOS via satellite, which combines custom components deeply integrated with software to allow antennas to connect directly to a satellite, enabling messaging with emergency services when outside of cellular or Wi-Fi coverage,” noted the vendor. “Satellites are moving targets with low bandwidth, and it can take minutes for messages to get through. Since every second counts, with Emergency SOS via satellite, iPhone front-loads a few vital questions to assess the user’s situation, and shows them where to point their phone to connect to a satellite. The initial questionnaire and follow-up messages are then relayed to centres staffed by Apple-trained specialists who can call for help on the user’s behalf. This breakthrough technology also allows users to manually share their location over satellite with Find My when there is no cellular or Wi-Fi connection, providing a sense of security when hiking or camping off the grid. Emergency SOS via satellite will be available to users in the US and Canada in November, and the service will be free for two years.” The topic of satellite-to-smartphone connectivity was in the news earlier this week courtesy of niche British device manufacturer Bullitt, while late last month Elon Musk’s SpaceX and T-Mobile US announced a partnership to enable smartphone communication services beyond the reach of terrestrial cellular network coverage.

Qatar-based telco Ooredoo has struck a deal to sell its operations in Myanmar to Nine Communications in a deal valued at $576m. “Ooredoo Group has gone through an extensive business review resulting in a reassessment of its overall strategic direction,” noted Aziz Aluthman Fakhroo, CEO and managing director of the Ooredoo Group. “The difficult decision to divest from our Myanmar business is a direct result of this review to reshape our portfolio as a leading telecommunications company. It was important for us to make this call at a time when Ooredoo Myanmar is performing at its strongest to ensure the business continues from strength to strength. We will ensure a smooth transition with the least possible disruption adhering to all local requirements,” he added. So the decision is nothing to do with the 2021 military coup that has resulted in the suppression of human rights and the execution of political opponents? That was the reason given by Telenor when it sold its operations in the country earlier this year.

Increasing demand for servers and for more localised supply chains, following the still-ongoing challenges the tech industry has experienced during the past couple of years, means US-based Supermicro Computer is planning to set up production facilities in Japan and possibly Mexico, on top of expanding existing facilities in the Netherlands and Taiwan, the company’s CEO Charles Liang told Nikkei Asia.