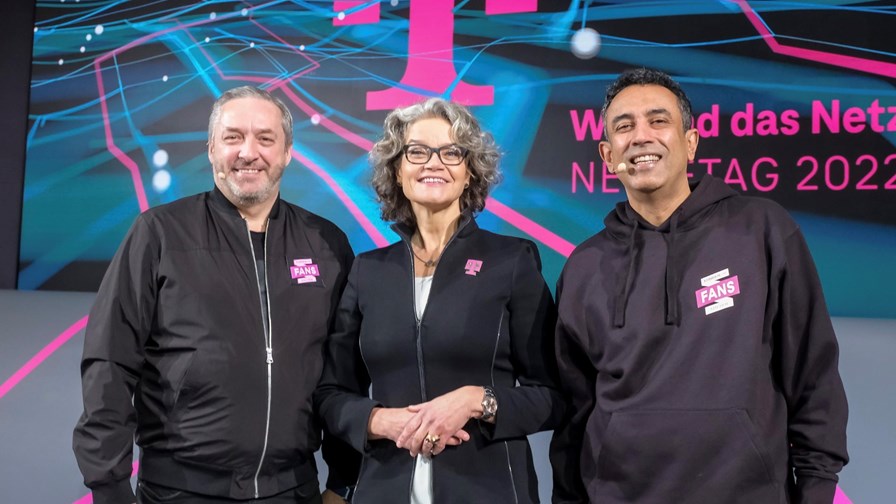 In today’s industry news roundup: Deutsche Telekom puts its best fibre foot forward; BT tackles manufacturing efficiencies with technology and startups; Huawei won’t be kicked out of Germany’s 5G networks (at least not yet); and more.

Deutsche Telekom is ramping up its fibre broadband access network rollout plans for 2023, pledging to add to the 5.2 million premises it will pass at the end of 2022 by building its FTTP network to pass further 2.5 million to 3 million premises next year and going beyond the 10 million mark in 2024. “Our fibre optic engine is running,” blustered Telekom Deutschland CEO Srini Gopalan at the operator’s Network Day gathering in Bonn. “We have built more fibre this year than all other competitors combined. In the second phase, we will bring even more fibre even faster to our customers. It's all about growth and scaling… Our 5G coverage already reaches 94% of people in Germany a good three years after launch. Whether mobile or fibre, our ambition is to be ahead for our customers.” And to achieve its targets, the operator has also pledged to increase the headcount at its so-called ‘Fiber Factory’ operation by 1,000 staff, taking the total to 3,000. For further details, see this announcement.

UK national operator BT has kickstarted phase two of its Green Tech Innovation Platform that aims to “fast-track cutting-edge new digital solutions to help manufacturers cut their carbon emissions and progress towards a circular world.” As part of the process, three additional specialist startups – RIIICO, Sensorfact and Circularise – have joined the platform. “In partnership with BT and the Manufacturing Technology Centre (MTC), they will begin proof-of-concept (PoC) activities to prove their impact for UK manufacturers,” noted BT. In a joint report published by BT and Accenture, the partners shared a forecast that technology, including 5G, “can help reduce carbon emissions from the manufacturing sector by 13% by 2030,” while BT stated that the three startups “have been selected to solve some of the sustainability challenges with the biggest impact on the carbon-intensive manufacturing sector.” Read more.

Only days after the US tightened the screw further on Huawei and ZTE, and news emerged of a retrenchment by Huawei in Europe, the Chinese vendor has been handed something of a silver lining by Germany, one of the remaining major markets in Europe where the under-fire company hasn’t been given its marching orders. The country’s Economy Ministry has decided it will not be issuing any blanket bans on the use of Huawei equipment in German networks but will instead continue to make decisions on a case-by-case basis, reported Reuters. But the policy to introduce a ban at short notice on specific products or the entire output of companies exists, so things could change very quickly. It has, though, been pointed out on many occasions that Germany has a strong trade relationship with China and the kind of ban on Huawei technology that the US or even the UK has already introduced could have a negative impact on that important collaboration.

Chip giant Marvell, which earlier this week expanded its strong relationship with Nokia, had a fantastic third quarter, reporting record revenues of $1.54bn, up by 27% year on year due to “our key growth drivers of cloud, 5G and automotive, as well as share and content gains in our enterprise networking end market," noted president and CEO Matt Murphy. But the company also warned that its fourth-quarter performance would suffer as customers dip into their inventories, with sales expected to be around the $1.4bn mark. Read more.

Having explored options to offload Suddenlink Communications this summer in the hope of snagging up to $20bn to help slim down its debt pile, Altice USA has had a change of heart. “Over the course of the past several months, the company has been considering options for, including the potential sale of, its Suddenlink business,” noted Altice USA in this announcement. “Following this evaluation, the Board of Directors has unanimously determined that continuing to operate Suddenlink and pursuing the Company’s long-term business plan represents the best path forward for Altice USA and its stockholders.” However, those stockholders weren’t so keen on the development, as the operator’s share price tumbled by more than 11% to $4.09 when the news hit the wires on Thursday, but has recovered by more than 4% on Friday to $4.25.