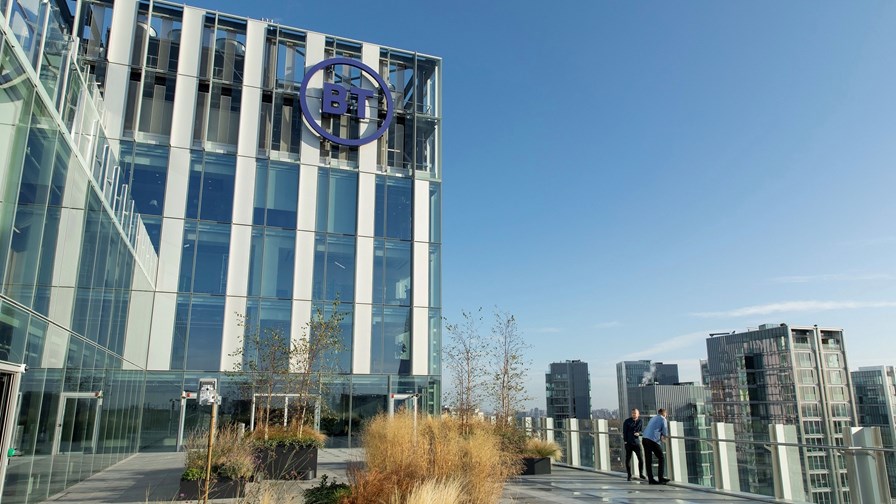 BT has officially opened its new Aldgate, London, headquarters – known as One Braham – for about 3,500 staff. “We’re really excited to be moving into One Braham,” stated BT Group CEO Philip Jansen. “It represents a changing BT, one that is more agile, forward thinking and able to adapt to the challenges and opportunities presented by the acceleration of digital technologies.” Speaking of challenges... it’s possible Jansen will be manning the virtual barricades in the coming weeks and orchestrating a defensive strategy if shareholder Altice and its billionaire owner Patrick Drahi decide to use the current 12.1% stake as a stepping stone towards a full takeover of the UK operator next month. If such a move is set in motion, Drahi might just be on the phone to Deutsche Telekom HQ to ask about the availability of its 12% stake... BT’s share price currently stands at 155.5 pence, down 3.3%. Read more.

Speaking of European national operator takeover moves... TIM (Telecom Italia) CEO Luigi Gubitosi has reportedly offered to step down if that would help the operator’s board to respond more quickly to the “friendly” takeover offer currently on the table from private equity group KKR, according to Reuters. "Time-wasting attitudes by the board that could be interpreted as aimed at defending the interests of certain shareholders are to be avoided," Gubitosi reportedly wrote in a letter to the board. Tense much! Meanwhile, a separate report suggests that KKR might team up with fellow investment firm CVC Capital to bid to acquire TIM. (See KKR bids €10.8 billion to take Telecom Italia private.)

Still in Italy and in what could be a related development... Open Fiber, the wholesale access network operator that might ultimately merge with TIM fixed broadband operation FiberCop, is expected to announce a number of changes to the top management team in the coming days, including the promotion of general manager Mario Rossetti to the role of CEO, reports CorCom. The expected changes come only weeks after the European Commission approved the acquisition of a major stake in Open Fiber by infrastructure investment specialist Macquarie. The potential merger of Open Fiber and FiberCop is one the developments fuelling major infighting and angst amongst Italy's telecoms executives, shareholders and politicians right now.

Royal Assent has just been granted to the UK's Telecommunications (Security) Act which is designed to protect Britain from “hostile activity and cyber-attacks on the part of state actors or criminals.” For state actors read, China, Iran, Russia and North Korea plus a few unnamed others. The Act not only gives the UK regulator Ofcom increased powers to both monitor and police telecoms networks security but also to impose financial penalties of up to 10 per cent of annual turnover or £100,000 per day on those companies that fail to meet the required security standards. The most immediate effect of the new law is that telcos and network providers are now legally obliged to rip-out equipment supplied by “high-risk” vendors. So it’s finally “farewell then Huawei”, but not for another five years or so because the Chinese kit doesn’t have to be removed from the UK’s nascent 5G networks until 2027. Julia Lopez, Minister of State at the Department for Digital, Culture, Media & Sport, commented, “This is a major step forward in protecting our Internet traffic and the millions of calls we make every day. Risks to our telecoms networks can never be completely prevented, but we have raised security standards across the board. We can now manage our networks confidently and deliver the revolutionary benefits of 5G and full-fibre broadband to people and businesses.”

Staying on the subject of UK telecoms and Internet legislation, the lazy days of pathetic manufacturer or importer default passwords, that are an unforgiveable part and parcel of the UK’s domestic IoT environment, are coming to an end. The Product Security and Telecommunications Infrastructure Bill, which is fairly galloping through the legislature, is designed to prevent what, currently, is the all too easy hacking of the proliferating number of smart devices in British homes. The influential consumer rights watchdog, Which, says more than 12,000 such attacks are reported every week, and that’s just the very tip of the iceberg. Many people don’t know they have been hacked and many never find out. Hackers can gain access to home networks to steal personal data, perform identity theft, take control over laptops and other devices and hide illegal content or malware on them through badly-protected devices ranging from smart TVs, home speakers, digital assistants, doorbells, webcams, Internet connected fridges, washing machines and dishwashers, wi-fi routers, smartphones, smart toys, and games consoles to name but a few. Basic, easy-to-guess default passwords will now become illegal as will the disgraceful practice of allowing the resetting of a password to the factory default. Furthermore, when buying a smart device consumers will have to be told, by manufacturers and importers alike, how to input and change unique individual passwords and for how long security updates and software patches will be available to devices to keep cyberattacks at bay. The beefed-up regime will be policed by a new regulator with the power to levy fines of up to £10 million or four per cent of their annual turnover plus ongoing daily fines of £20,000 a day for every day a contravention continues. About time too.

The Vietnam Posts and Telecommunications Group (VNPT) has launched a Mobile Money service, becoming the first in the country to do so, reports Vietnam+.