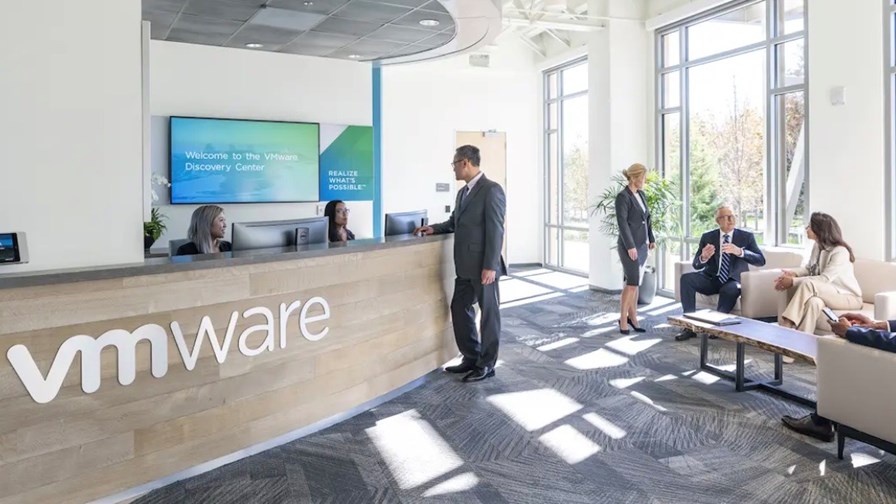 A pan-European 5G standalone rollout using VMware’s Telco Cloud Platform and the latest from the TIM boardroom help us close out this week’s news nibbles.

Vodafone has extended its relationship with VMware to develop a single pan-European common cloud platform that will host the operator’s 5G standalone (SA) core, “giving Vodafone the ability to automate and orchestrate new applications based on this technology in multiple countries at the same time.” By deploying VMware’s full Telco Cloud Platform in its European markets, Vodafone “will have a consistent cloud-native infrastructure across all networks and applications, regardless of whether they are developed in-house or sourced from a vendor,” notes the vendor. Vodafone has already begun the rollout of this infrastructure in eight markets – Czech Republic, Germany, Hungary, Ireland, Italy, Portugal, Romania, and the UK – and will expand to all 11 of its European markets over time.  Read more.

Tensions are running high in the boardroom at Italian national operator TIM, it seems: A board meeting called by shareholder Vivendi, which isn’t happy with how things are going at the telco, resulted in a terse public statement late Thursday that stated simple that the board had “examined the difficult market context and the challenges facing the Company in terms of strategy, company performance and organization, also in view of the preparation of the 2022-2024 Strategic Plan,” which will be prepared and shared at a board meeting next February. The statement added: “The Company reminds that no negotiations are in progress regarding the network or other strategic assets.” That appears to be a reference to rumours that TIM might be willing to budge its slice of a national fixed access operator if TIM’s access unit is merged with Open Fiber, a proposed deal that is currently causing consternation with Italian and European regulators. Speaking of which...

The European Commission has given the green light to Macquarie’s purchase of a joint share in Italian wholesale fibre network operator Open Fiber, with the Italian state’s CDP Equity continuing to be a joint owner. Read more.

Telefónica is aiming to reduce its workforce by up to 4,000 roles through a voluntary redundancy scheme during the first half of next year, according to a Reuters report.

As China’s economy slows, humbled Alibaba has reported the lowest rate of sales growth in its history. The gargantuan e-commerce company’s annual online consumer binge, the so-called “Singles Day”, (which actually lasts for 11 days) has just ended. Sales were up by 8.5 per cent but far below the 26 per cent that was achieved in 2020 despite (or perhaps because of) the Covid-19 pandemic. Analysts had forecast a 12 per cent increase, but their expectations were not realised. Alibaba’s frenetic Singles Day advertising hype usually instigates a buying frenzy but the company is much subdued after coming under the basilisk stare of the Politburo, the unexplained and, as it turned out, temporary disappearance of Jack Ma, the once-Tiggerish founder of Alibaba, after he gave an ill-judged public speech criticising China’s financial system, and, after many years of a light-touch, laissez-faire approach, the sudden imposition of restrictive new regulations on the PRC’s social media and e-companies. The lower than forecast sales figures are, at least in part, the result of an editorial polemic published in the state-owned “Securities Daily” newspaper which castigated technology companies for “worshipping turnover”, “pursuing unsustainable sales”, “inextricable links to chaos”, “poor quality of service” and an ethos “incompatible with China’s new path to economic and social development.” Oof! Pick the bones out of that. Meanwhile, regulators have consistently attacked Alibaba and other platforms for relentlessly spamming consumers with advertising, limiting choice and offering fake discounts. No wonder growth is on the wane. Alibaba’s new tack is that it has leaned to be socially responsible, is compliant to all regulations and fully behind China’s political leaders and the total legitimacy of the Chinese Communist Party (CCP). The news came as president Xi Jinping further tightened his grip on power after the CCP voted through an “historical resolution of decisive significance” recognising the “achievements and transformation” China has made under his leadership, which is no longer subject to any limits on his term of office. No wonder Tigger is down in the thistle patch having a plain lunch with Eeyore.

T-Mobile is now the fastest 5G network in the US. So says the latest report from RootMetrics, the crowdsourced mobile network performance and testing company. T-Mobile also moves into first place in terms of availability. RootMetrics tests 125 of the most populated metropolitan markets in the US twice annually and the November 2021 report show that during the second half of this year the race to provide the best 5G availability, speed and reliability remains very tight with AT&T and Verizon in very close contention and behind T-Mobile in just the key metrics of speed and availability. When it comes to reliability, differences are so slight that it is not possible to call one or the other the winner so AT&T and Verizon are tied in first place on that measure. The new scorecard shows that in addition to increasing its 5G median download speeds T-Mobile was also the only US mobile telco delivering a median download speed in excess of100 Mbps in any of the cities surveyed. T-Mobile’s 5G subscribers living in Kansas City do best of all, enjoying a 5G median s download speed of 273.3 Mbps. The report also points out that C-band 5G technology has the potential to level the playing field in terms of 5G speeds but AT&T and Verizon have been forced to postpone their deployment of the technology because the US Federal Aviation Administration (FAA) is investigating reports that use of C-band 5G spectrum can interfere with altimeters and other flight deck instrumentation on civil aircraft. Experiments to prove or disprove the allegations are ongoing.

The UK may have left the EU various European agencies and research bodies but is suddenly very keen to get its feet under a particular table in Geneva. Switzerland. A Conservative Member of Parliament since 2015, Christopher Ian Brian Mynott Philp (who’s website carries the immortal tagline, “Working Hard for Croyden South”) is a government junior minister for Technology and the Digital Economy spearheading the UK’s campaign to gain a council seat at the International Telecommunications Union (ITU). Submitting the British application to Houlin Zhao, Secretary-General of the ITU, Mr. Philp said, “We are delighted to be launching our manifesto today as part of our bid for a seat at the International Telecommunication Union’s governing council. ITU’s mission to connect the world has never been more important and we share its ambition to tackle the sector’s biggest challenges, such as closing the digital divide. The UK, with its thriving tech sector and world-leading academic expertise, has a great deal to offer.” As a council member the UK’s three main aims would be “to promote a collaborative ITU which fosters international cooperation, consensus-building and sharing of best practices.” It already does that. Secondly, ‘We would help the ITU to work effectively for all its members, including by increasing worldwide connectivity and bridging the digital divide.” The ITU already does that too. Thirdly, “We would support the ITU to be respected in the multilateral system as a well-run organisation that delivers its vital mission of championing development issues, developing high quality technical standards and efficiently allocating radio spectrum.” The ITU already is that, already does that and has done so since it was founded in 1865. Earlier in the year when the notion of Britain going for a place on the council was first mooted, John Whittingdale MP said, “The UK has been heavily engaged in the work of the ITU since the age of the telegraph, but now we are running for a seat at the council so that we can champion the innovation of tomorrow across the globe and use it to tackle the world’s biggest challenges.” So, there’s the public reasoning, and now we know. It’s all very “Me too” and not very compelling. The election will be held in the first week of the ITU’s Plenipotentiary Conference at the end of September 2022.