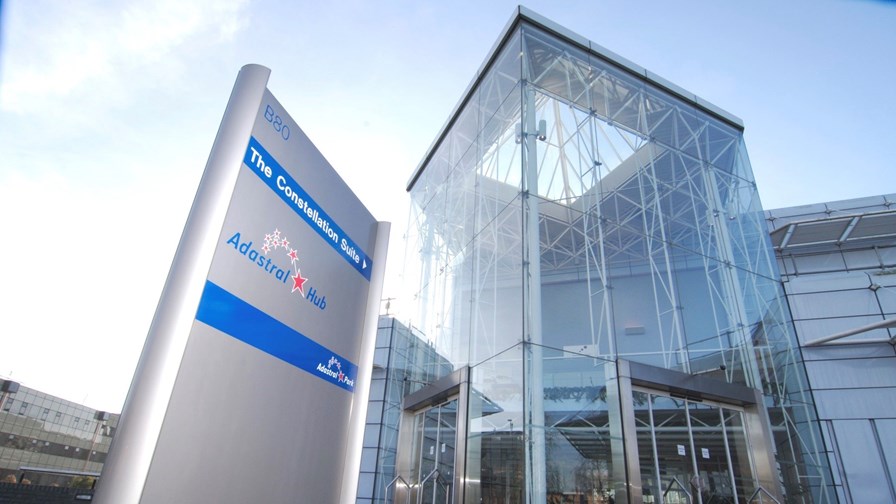 In a news snippet deluge after us Brits enjoyed a long weekend, BT’s checking out the potential of some new fibre, Telenor joins the tower unit club, EQT is linked to yer more telecoms M&A and DT decides to stay at home during MWC.

BT, the UK's incumbent telco, is trialling a new "hollow core" optical fibre developed and supplied by Lumenisity, a next-generation fibre development startup spun out of Southampton University in 2017, and is testing a related and significant use case in partnership with Open RAN vendor Mavenir. The tests are underway at BT's research complex at Adastral Park in East Anglia (pictured above), where a 10-kilometre-long hollow, air-filled fibre cable is being assessed for potential benefits that might accrue from its use in the fronthaul portions of 5G network architectures and ultra-secure communications such as Quantum Key Distribution. ‘Traditional’ solid core fibre optics work by having laser light carrying data channelled through them: At 124,188 miles per second it's very fast but quantifiably slower than pumping laser light through the medium of air. It is hoped, and even expected, that hollow fibre technology will reduce latency by up to 50 per cent and bring data flow through air closer to the speed of light, which is 186,272 miles per second. Back in 2013, under laboratory conditions, the researchers at Southampton University demonstrated a network operating at 99.7 per cent of the speed of light. In operational situ the new glass won't reach those dizzying heights, but it will be a lot faster than solid optic fibre cabling. Meanwhile, BT and Mavenir have demonstrated that the new technology can increase the potential distance between antennas and the baseband processing in exchanges (aka the fronthaul). Low latency hollow core fibre in the radio access network (RAN) could lower mobile network costs by allowing more 5G antennas to be served from a single exchange or cabinet. Professor Andrew Lord, BT’s Head of Optical Network Research, said the development heralds "a step-change in capability and speed, to keep up with the demands for high-speed, low latency communications driven by 5G networks, streaming, and more." For further details, see this announcement.

Telenor is the latest telco to create a standalone towers unit and has named Kaaren Hilsen, the current CEO at Telenor Sweden, to head up Telenor Tower Holding (starting on 1 September). The unit will run the telco’s tower assets in the Nordic region. For further details, see this announcement.

EQT, the Swedish private equity fund that has been acquiring all manner of data and communications infrastructure assets during the past couple of years (and is currently linked to a bid for Dutch national operator KPN), has offered €1.8 billion for the submarine network assets of Telxius, the infrastructure unit in which Telefónica holds a majority stake, according to Spanish newspaper El Confidencial. As yet, the report has not been confirmed by any party. Telxius is a participant in 12 major subsea cables that link Europe with the Americas and the west coast of Africa. At the beginning of this year, Telefónica announced a €7.7 billion deal to sell the mobile tower assets of Telxius to American Tower as part of its strategy to maximize the value of its assets and reduce its debt pile. For a run-down of EQT’s telecoms and data centre M&A activity from the past few years, read this article.

Deutsche Telekom has confirmed its non-attendance in person at this year’s MWC21. In a statement sent to TelecomTV, the operator said: “Due to the ongoing pandemic and the slowly growing number of fully vaccinated people in Germany, large gatherings of people continue to represent a risk. At the present time, we still do not believe it is justifiable to take this risk for a large number of our employees. Telekom has therefore decided not to be physically present in this year's Mobile World Congress in Barcelona and will organize a fully virtual event instead where we will present our latest technological developments and visions. We cordially invite you to attend digitally the Telekom Tech Grounds on June 28 and 29. Invitations and further information will follow over the next days. We fully support the Mobile World Congress and wish all participants every success.”

In the meantime… The GSMA is, it seems, trying its hand at humour as it attempts to get people to fly to Barcelona for this year’s in-person MWC gathering. In an email sent to prospective visitors on Monday, it has let it be known that whatever sort of an event MWC Barcelona 2021 turns out to be, "It's time to do business with your trousers on." As well as instantly exclusing anyone who doesn’t include trousers as part of their wardrobe – consider the many nations where the sarong is the usual mode of dress, or the traditional Scots, Irish, Welsh and Bretons in kilts, if you will – it’s an exhortation open to a variety of unsavoury interpretations, the most obvious of which is that it will be​ very messy.

Back to Deutsche Telekom… The German operator’s investment unit, Deutsche Telekom Capital Partners (DTCP), and Microsoft have invested a total of $15 million in SK Telecom’s mobile app platform, One Store, which is being lined up for an IPO. “In the mid-to long-term, SKT and One Store will work with Microsoft and Deutsche Telekom to nurture the gaming industry, collaborate in cloud, and expand One Store’s platform to a global scale,” noted SK Telecom in this announcement. “SKT and Microsoft will expand their current partnership in 5G-based cloud gaming to create new opportunities for Korean game content and creators, and innovate gamers’ experiences through an enriched ecosystem. The two companies have been delivering a differentiated mobile gaming experience to Korean gamers through Xbox cloud gaming technology and Microsoft Azure for super-fast speed and ultra-low latency gaming experiences on mobile devices. SKT and Deutsche Telekom will work to create new opportunities for One Store in the global mobile game market by leveraging Deutsche Telekom’s presence in Europe. The two companies also expect One Store to also serve as a bridge for global game companies to access the European market,” added SKT.

The Japanese government is set to strike a chip manufacturing development deal with Taiwan Semiconductor Manufacturing Co. (TMSC) that will see the chip-maker work with a range of Japanese companies on semiconductor developments in a ¥37 billion ($337 million) project for which the Japanese state will provide about half of the funding, according to the Nikkei.

In what one hopes might be a bit of post-prandial wool-gathering and navel-gazing that is not really to be taken seriously, the powers that be of the European Union are contemplating the introduction of a digital wallet that will enable all the citizens of the EU's 27 member states to keep their identity documents in what the European Commission is pleased to call "a secure personal digital vault". It might sound like an impregnable treasure chest that would keep Long John Silver and his pirate crew at bay but, in reality, is much more likely to turn out to be about as secure as a digital colander with extra holes. In flying the kite for the new system, the authorities have not yet told their populations whether the wallet will be compulsory or not. Just look at what would be in one of these "wallets": a single online ID, other ID documents such as driving licences and medical records, financial records, payment methodologies and credit histories, access to local government websites (renowned the world over for leaking like sieves) passwords, and any other personal data that a state might decide to hide away "just in case". After all, if you haven't done anything wrong, you don't need to worry, do you? All that needs to be added is facial recognition software and a couple of extra tacking systems and the dystopian European future will be there, neatly encapsulated in a digitally morocco-bound vade mecum that will tag and bag people forever. Apparently, wallet owners (an app actually, so absolutely ultra-safe) will be able to verify their identity to gain access their very own virtual pocketbook using fingerprint or retina scanning or "other methods" whatever the (literal) hell they might be. The EU is at the point of detailed discussion on the technical and security standards that will be required, and the Brussels PR machine says the Europe-wide app could be up and running "in about a year". Wonderful. What could possibly go wrong? Well, so many things that it's frightening. It is a racing cert that somewhere in the EU, someone or perhaps many individuals, will sometime effectively be rendered non-persons, a bit like Trotsky was in the USSR when he fell out with Stalin and was edited out of every photo that had ever been taken of him. It's not just a step too far, it's a giant leap into a 1984 nightmare that is coming 40 years later than Orwell predicted. Not to worry though, in their benign omnipotence EU apparatchiks and nomenclatura assure their citizens that private companies will be prohibited and prevented from gaining access to data in a user's digital wallet and so won't be able to identify them for targeted marketing or any other commercial purpose. And if you believe that…..​