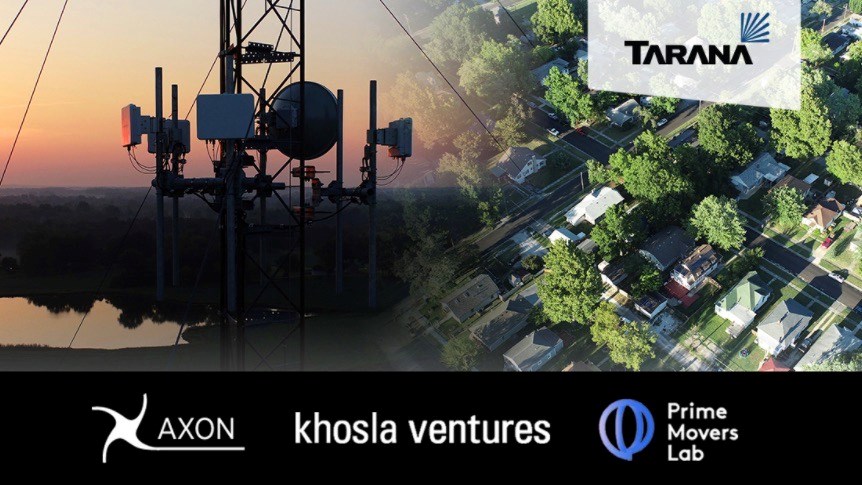 Fixed wireless access (FWA) technology specialist Tarana Wireless has raised $170 million in a funding round co-led by Axon Capital, Khosla Ventures and Prime Movers Lab that values the Milpitas, California-based company at $1 billion, giving it the much vaunted ‘unicorn’ status.

Tarana has been developing its technology since 2009, and has now raised more than $375 million in its lifetime (its previous round, led by Prime Movers Lab, was $50 million in May last year).

But the company has shifted up a few gears in recent times under the stewardship of Chairman and CEO Basil Alwan, the former Nokia/Alcatel-Lucent executive who joined the FWA specialist at the beginning of 2021.

Alwan is best known for helping Alcatel-Lucent, acquired by Nokia in 2016, to become a major player in the IP router market and challenge Cisco, Juniper and Huawei. He was the co-founder and CEO of TiMetra Networks, which was acquired by Alcatel in 2003, after which he stayed with the giant vendor through its various incarnations until he left Nokia in late 2020 just as the company’s top management team was in flux. (See Basil Alwan, Sri Reddy join Nokia exodus.)

Now, almost 20 years after building up an innovative, privately-held networking technology company, he’s back at the helm of another, though this time he has inherited years of expertise and R&D that now looks set to pay off for the FWA vendor.

The big breakthrough for Tarana has been the launch of its G1 platform, which was given a full commercial launch last year, but which had long been in development. The G1, so named because it has the ability to provide Gigabit connectivity, is regarded as something of a breakthrough in the FWA sector as it combines relatively simple deployment while seemingly overcoming some of the key challenges that have long dogged the technology – signal quality and availability (line of sight has always been an issue).

Using next-generation beamforming and noise-cancellation technology, Tarana claims its kit enables non line-of-sight connectivity (or “sees around corners and rejects interference” in the company’s own words) using its “unique” signal processing techniques. As for the infrastructure, it claims that up to 1,000 customers can be connected within a few miles’ radius with the deployment of four ‘suitcase size’ radios on a tower and the provision of CPE “the size of a hardcover textbook.”

Its resulting pitch is that it claims CSPs can offer reliable, high-speed broadband connectivity over a wireless connection using unlicensed spectrum: It’s an alternative for operators to consider as they weigh up the costs of FTTH and using their 5G spectrum to offer FWA services.

What Alwan has helped to do, in addition to contributing his deep knowledge of data networking, is articulate the pitch, promote the company’s technology breakthroughs and open doors at the many network operator executives with whom he built up relationships during the past 20 years.

The combination of technology, investment and a high-profile corporate figurehead has been paying off: In the past year, Tarana’s customer base has grown from single figures to more than 120, including BT, Liberty Global, MTN and Wisper Internet, and is expecting to generate revenues of more than $100 million this year.

The timing looks good for Tarana: As previously reported, the FWA sector is set for significant growth in the US during the next few years and is certainly gaining traction elsewhere around the world as operators seek the best combination of fibre, legacy copper, coax, wireless and satellite to ensure they can reach everyone with a broadband service. (See FWA tipped for rapid growth in the US by 2026.)